Erwin Schrödinger; (1887-1961), Austrian theoretical physicist, who shared the 1933 Nobel Prize with Paul Dirac for his wave-mechanical interpretation of atomic phenomena. Schrödinger was born in Vienna, on Aug. 12, 1887. He was educated at the University of Vienna, where his prime interests were mathematics and physics. He held various professorships and in 1927 succeeded Max Planck at the University of Berlin. 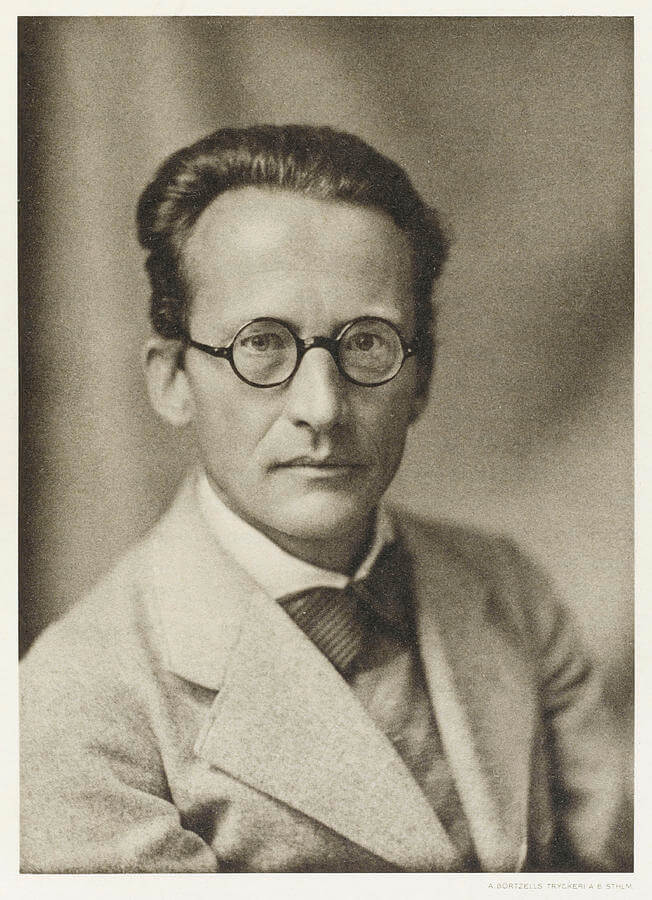 There he joined Albert Einstein, Max von Laue, and Planck to form the strongest center of theoretical physics in Germany. Upon Hitler’s rise to power, Schrôdinger moved first, in 1933, to Oxford, England, and eventually, in 1940, to the newly created Dublin Institute for Advanced Study. He spent his last few years in Austria, where he died, in Vienna, on Jan. 4, 1961.

Schrödinger’s early research dealt with statistical mechanics, X-ray diffraction, and relativity. His familiarity with Einstein’s work made him receptive to the suggestion by Louis de Broglie in 1924 that just as electromagnetic radiation has particle characteristics, so should matter have wave characteristics. In 1926 he elaborated this idea into his theory of wave mechanics. The matrix mechanics, or quantum mechanics, advanced by Werner Heisenberg the year before was soon seen to be a mathematically different way of expressing the same analysis of the structure of the atom that Schrödinger had made.

Decades earlier, Planck had introduced discrete or quantum conditions into the heretofore accepted continuum of nature. Niels Bohr had then imposed quantization of the orbital electrons in atoms, explaining the observed spectral lines as energy emitted or absorbed when an electron jumped from one fixed orbit to another. Schrôdinger saw how the frequencies of these lines could be explained as the differences between frequencies of standing waves belonging to orbital electrons, and was able logically to predict various atomic properties understood earlier only on an empirical basis.