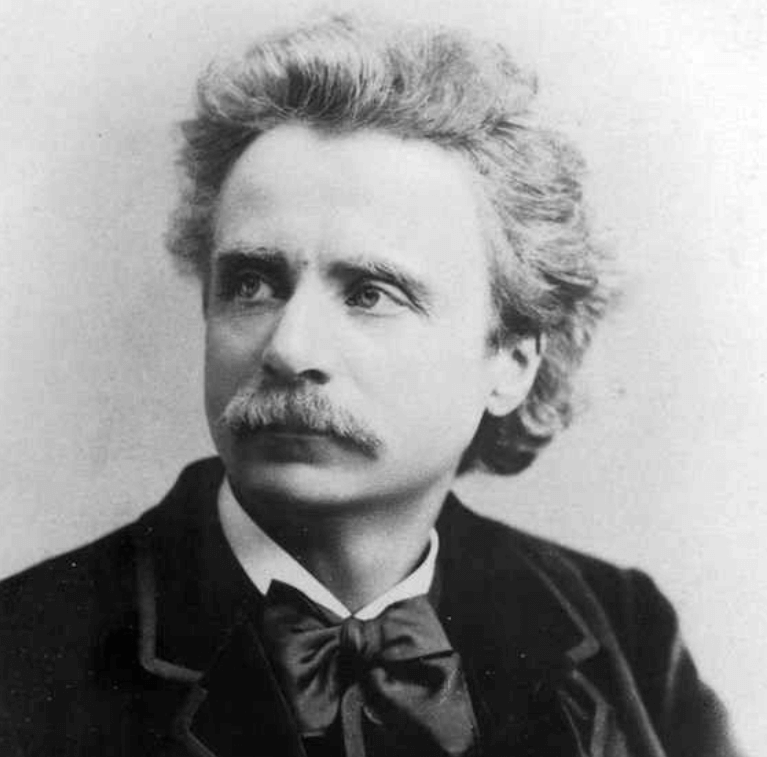 Edvard Hagerup Grieg; (1843-1907) It was as a true Norwegian composer that Grieg most wished to be remembered, and his music shows how much he loved the folk music of his native country. He was, however, partly Scottish, for his father’s family had lived in Scotland until the Battle of Culloden (1746).

Grieg was born at Bergen in Norway, and his Norwegian mother, a fine pianist, was his first music teacher. He first began to write music at the age of nine, but it was not until he met the great Norwegian violinist Ole Bull that he took up music seriously. He went first to Leipzig in Germany and then to Copenhagen in Denmark to study, afterwards returning to Norway where he lived for a time in Christiana, as Oslo was then called. He married his cousin, Nina Hagerup, a talented singer who did much to make his songs known. Apart from several visits to England and other European countries Grieg spent his last years quietly at his country home near Bergen.

Grieg showed his piano concerto, one of his most important works, to the Hungarian composer Franz Liszt, whom he met in Rome. Liszt played the concerto and was very enthusiastic about it and when Grieg played it at Leipzig in 1879 it made a deep impression on the musical world.

Grieg wrote the music for Henrik Ibsen’s peer Gynt, and the music, which includes “In the Hall of the Mountain Kings” and “Solveig’s Song“, is now better known than the play itself. Other works of Grieg include his violin sonata, a string quartet and the Holberg Suite for piano or string orchestra. He also wrote a large number of smaller works for the piano and many beautiful songs.