Who was Coccinelle? In fact, information about the life of the French transgender singer Jacqueline Charlotte Dufresnoy, alias Coccinelle, known by her stage name Coccinelle.

Coccinelle is the stage name of Jacqueline Charlotte Dufresnoy, born on August 23, 1931 in Paris 18 and died on October 9, 2006 in Marseille 5th1, French transgender artist, dancer, singer and actress. She is one of the first trans women known to the general public. 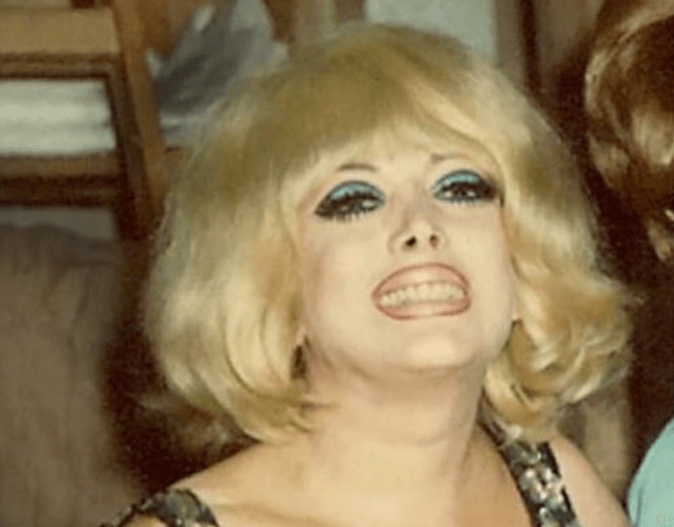 Born Jacques Charles Dufresnoy in Paris on August 23, 1931, she grew up in a loving family that accepted her femininity. She dyes her hair, she dresses in very young dresses. She was later nicknamed Ladybug for a red dress with black polka dots that she liked, a nickname that she would adopt as her stage name. She started in show business in 1953 at Madame Arthur and then at the Carrousel de Paris, as Bambi, whom the artist she helped start and even welcomed into her house when she started. Coccinelle went to the Alcázar de Marseille in 1953, and there she created a striking silhouette of Marilyn Monroe, complete with glasses and a blue lamé dress. Three years later, the artist performed a vaginoplasty at Dr. Georges Burou’s Parc clinic in Casablanca, becoming the first known French woman to do so. Defended by attorney Robert Badinter,

Dressed in white, she married her first husband, Francis Paul Bonnet, a sports journalist, during a ceremony on March 16, 19612. The couple wanted to adopt and faced many obstacles. The couple divorced on November 13, 1962.

On March 14, 1966, she remarried Mario Florentin Heÿns, a Colombian music-hall dancer whom she met in Buenos Aires. In the 1960s, she acted in several movies. She also recorded three 45s in the 1960s.

In 1963, she performed at the Olympia in the show Chercher la femme written and directed by Bruno Coquatrix with a host of performers including Pierre Doris. Starting in 1970, she began a series of tours that took her all over the planet, from South America to Australia, from North America to Ecuador… Starting in 1978, she settled in Berlin, Germany, where she starred in one of the Berlin concerts.

Only in 1986 did he return to Paris, to Madame Arthur, where he had started forty years earlier. She appeared in various television shows, from Tour manège to Dossiers de l’screen, including sets by Frédéric Mitterrand and Thierry Ardisson. She took the opportunity to write an autobiography titled Coccinelle par Coccinelle. In 1989 she triumphed at the Casino de Paris together with her friend Pascal Sevran in the Paris Casino magazine. In 1990 she was offered a show that told her life and of which she was the protagonist. When the Gulf War broke out, the program failed due to lack of funds. She decides to leave Paris at this time to find the South of France that she has loved since her early days.

Starting in 1992, he performed in Marseille. On April 11, 1996, she married for the third time in Marseille with Michou’s transformist, Thierry Wilson alias Zize Dupanier, live on TF1 in the program Tout est possible by Jean-Marc Morandini, with whom she founded the association Devenir femmes that works for the support, acceptance and social recognition of transgender people who have or have not transitioned to women. Seven years later, she partially retired from show business.

In 2005, he released a CD, Best Of Of His Greatest Hits with Marianne Mélodie.

He spent his last years between the Cabaret LouLou in Marseille, where he followed the auditions of regional artists and his favorite pastime: the beach.

In April 2006, he suffered a stroke that doctors found benign, like a warning sign. But a few months later, she relapsed and after a month in intensive care, Ladybug died of cardiac arrest at the Timone hospital in Marseille. In accordance with her dying wishes, she is discreetly cremated and her ashes are scattered in a secret location.

He would have declared to his relatives: “I did not have my life, that I remain at least with my death“.