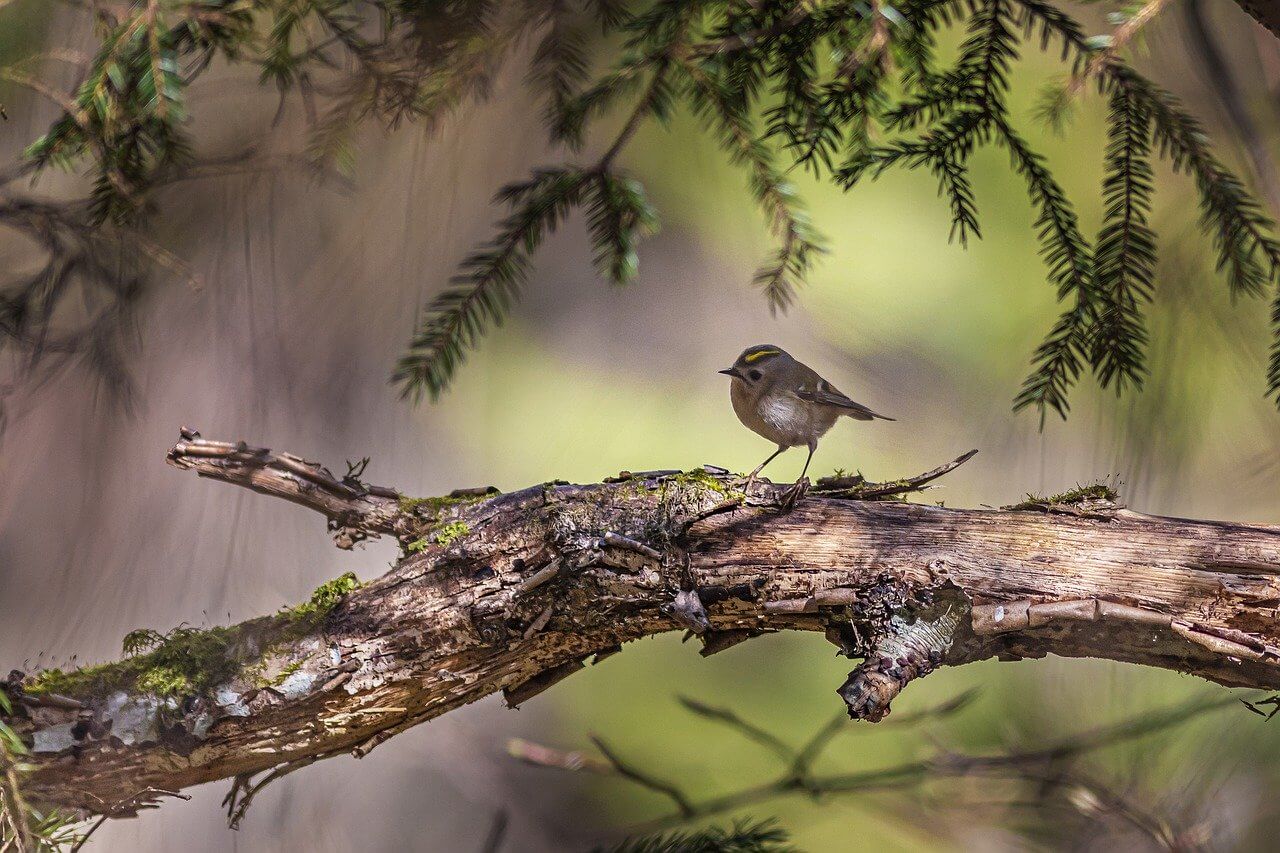 The smallest British bird is the goldcrest, sometimes called the golden-crested wren although it is not a true wren. It is only three and a half inches long, with greenish upper parts, whitish under parts and an orange-yellow crest.

The goldcrest is usually found in evergreens such as spruce or yew, flying from one tree to another just like a tit in search of spiders and insects of various kinds. It has a musical, high-pitched song and a shrill call —”zeet-zeet-zeet”. The delicate nest is usually hung like a cradle beneath thick foliage at the end of a conifer branch and is made of green moss, woven together with Spiders’ webs and lined with feathers. There are normally between seven and ten eggs, pale and speckled with brown, and these are usually laid in April, with a second brood in May or June. 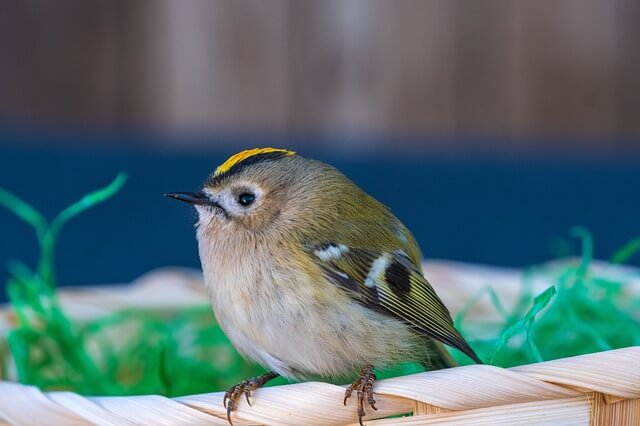 Most British goldcrests are residents but every autumn some of these tiny birds journey across the North Sea from northern Europe to spend the winter in the British Isles, often joining up with parties of tits, but even here the weather is sometimes too cold for them and then many die. Some firecrests also visit England and Wales from the continent of Europe in winter. They are very like goldcrests, but with a fiery crest and a noticeable black stripe through the eye and a white one above it. 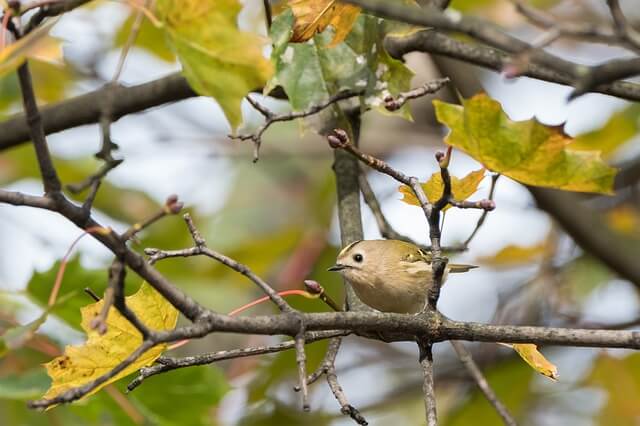 North America has similar birds known as kinglets, which breed as far north as Alaska.