Hibernation is the process by which some animals decrease their energy expenditure during a stage of the year, because they remain in a state of hypothermia for a few months. For example: bear, bat, lizard.

The process of hibernation appears thanks to the ability to adapt to the environment of some animals. The drastic drop in temperature is causing food shortages (fields can be covered with ice and snow), and can even be lethal. The ability to hibernate arose in response to these difficulties of extreme cold. 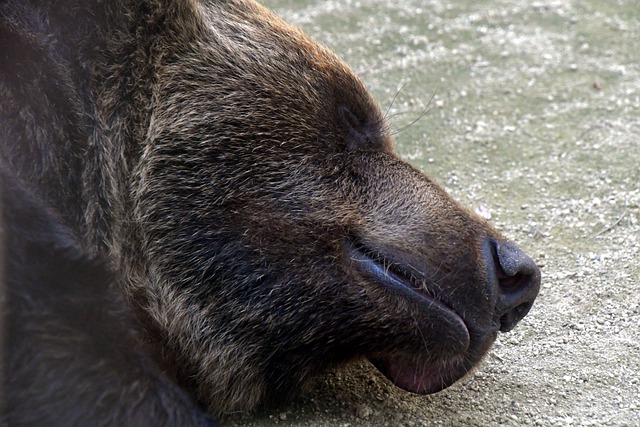 What happens to the animal’s body?

The animals have their bodies prepared for the hibernation process, and already several weeks before beginning they observe the formation of a fatty deposit that will allow resistance in that time. In addition, in that previous period the animals carefully prepare the refuge where those months will go.

Then, when the atmospheric temperature drops to a low point, dormancy occurs where the animal may even seem dead. Sometimes animals adopt a particular form to protect themselves better from the cold, like a ball.

Physiologically, hibernation consists in the acquisition of a state of dormancy or winter lethargy, which has as a major consequence in the body the descent of the heart rate, being able to reduce up to 80% the heart rate, by 50% the respiratory rate and in four or five degrees the temperature. The animal stops performing some actions that in their most habitual stage are indispensable, such as eating, drinking, defecating or urinating.

During hibernation, all species have an awakening exercise with a movement where the body temperature increases, demanding an extraordinary energy expenditure for the period of hibernation, which are the moments where more energy is spent.

When spring arrives, these animals resume their normal body temperature and return to normal life, generally with a heavy weight loss. In general this moment coincides with the beginning of the mating season.

Examples of animals that hibernate

Types of animals that hibernate

Not all animals perform hibernation, but only those who are accustomed to living in a temperate environment, precisely where the cold season generates a strong imbalance.

A distinction is often made between hibernation of:

Cold-blooded animals (usually smaller animals such as insects, snails, caterpillars or even fish, which have the particularity of adopting particular forms that allow them to reach higher temperatures);

Warm-blooded animals (most compromised by low-temperature conditions, including hibernating mammals, insectivorous animals and some squirrels).