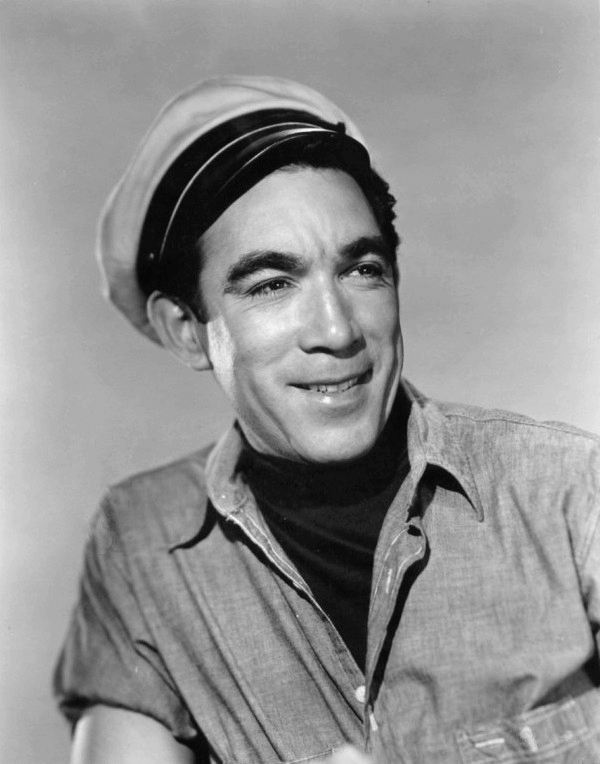 Anthony Quinn appeared throughout his career in more than 150 films, but was universally identified by his role as the character in “Zorba the Greek” (1964), in whom he so completely and comfortably inhabited that many of his later parts also seemed be imbued with the spirit of that character. He embraced his life off-screen with the same enthusiasm, evidenced in part by the fact that his thirteenth child was born when he was 80 years old.

Quinn held a wide variety of jobs: boxer, painter, and musician, and preacher for an evangelist among them, and in addition to studying for the priesthood, he considered becoming an architect. To help him in the latter, he began taking acting lessons after Frank Lloyd Wright suggested that he improve his speech, and before long he was cast in the play Clean Beds.

In 1936, Quinn appeared in a small role in the film Parole, and thereafter he had several roles of various ethnic characters or outlaws in the films. They died with their boots on (1941), The Ox-Bow Incident (1943), Diario de Guadalcanal (1943), and Volver a Bataan (1945). His first leading role came in 1947 in Black Gold. That year, Quinn went to New York City and made his Broadway debut in The Gentleman from Athens. He followed that up with a tour as Stanley Kowalski in A Streetcar Named Desire, returning to New York City in 1950 to replace Marlon Brando in that role and then touring in Born Yesterday and Let Me Hear the. Melody. He also appeared on various live television shows. 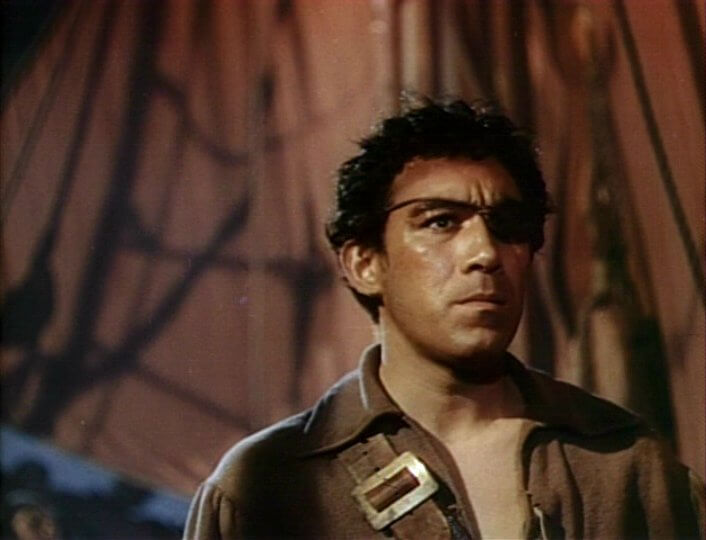 Upon returning to Hollywood, Quinn had roles in The Brave Bulls (1951) and ¡Viva Zapata! (1952), for which he won the first of his two Academy Awards for best supporting actor. Next, he made a couple of films in Italy, the most notable of which was La strada (1954), directed by Federico Fellini, in which he gave one of his best performances. Quinn won his second Oscar for Lust for Life (1956) and went on to roles in memorable films. Wild is the Wind (1957), The Wild Innocents (1959), The Guns of Navarone (1961), Requiem for a Heavyweight (1962) and Lawrence of Arabia (1962).

Quinn returned to the stage in 1982 to tour and appear on Broadway in a revival of the musical version of Zorba, and also became a successful artist and sculptor. His last film role was in Avenging Angelo (2002).