Who is Yambe Akka? The myth and legend of Yambe Akka Goddess, Lapp Mythology information on Yambe Akka.

Yambe Akka; Literally, ‘old woman of the dead‘. In Lapp mythology she had charge of the underworld, which appears to have been imagined as a similar place to the world, except that the departed spirits walked on air. Prior to the advent of Christianity, death does not seem to have severed the bond of union between spirit and body, and Siryan tradition relates how, while a person slept, the spirit could emerge in the form of a mouse. So the souls of the departed sometimes assumed other animals, birds, or insects. A frequent choice was the butterfly, flitting through the sunlit clearings of the northern forests during the short months of summer. 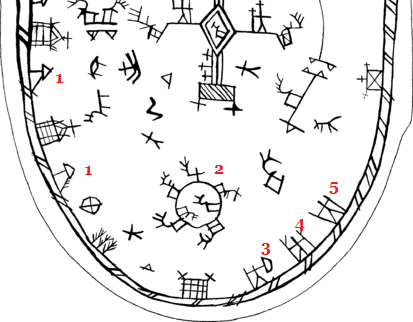 Lapps buried their dead attired for a long journey. Birch-bark shoes were the traditional footwear, and in the grave of an old man they would put a staff for him to lean on. Clothes and ornaments were always heaped on the coffin of a maiden in the belief that men who had died unmarried were likely to propose to girls with a dowry. Until the grave fell in, indicating complete physical decay of the body, it was the custom for relatives to cook food in the cemetery. If the dead were not given their rights, they might become resentful and, coming back from the underworld, disturb the peace of their survivors. Missionaries have noted too a burial custom akin to the Irish wake: ‘funeral beer’ was consumed in vast quantities, once the mourners had dipped their fingers into it and wetted their faces.

The entrance to the underworld was thought of as the mouth of a river that gave into the ocean of ice. Yambe-akka ruled this gloomy realm, though some legends have an old man rather than an old woman as the ‘bearer’ of the earth, since hell supported the land of the living and earth tremors occurred whenever their old hands trembled.