The cerebellum is a structure of the central nervous system. It is the largest part of the brain after the brain. It is located in the back and inferior part of the skull.

The main function of the cerebellum is to integrate motor and sensory pathways. In short, it receives information and orders from the cerebral cortex and connects them with the locomotor apparatus. It also takes care of some processes of memory, language, attention, learning among other functions. However, the cerebellum is not responsible for any of the functions of the olfactory system.

The cerebellum is also responsible for physiological tremor. It is for this reason that in the face of an injury in this part of the brain there is no paralysis but disorders can be generated in motor performance, balance or body postures. 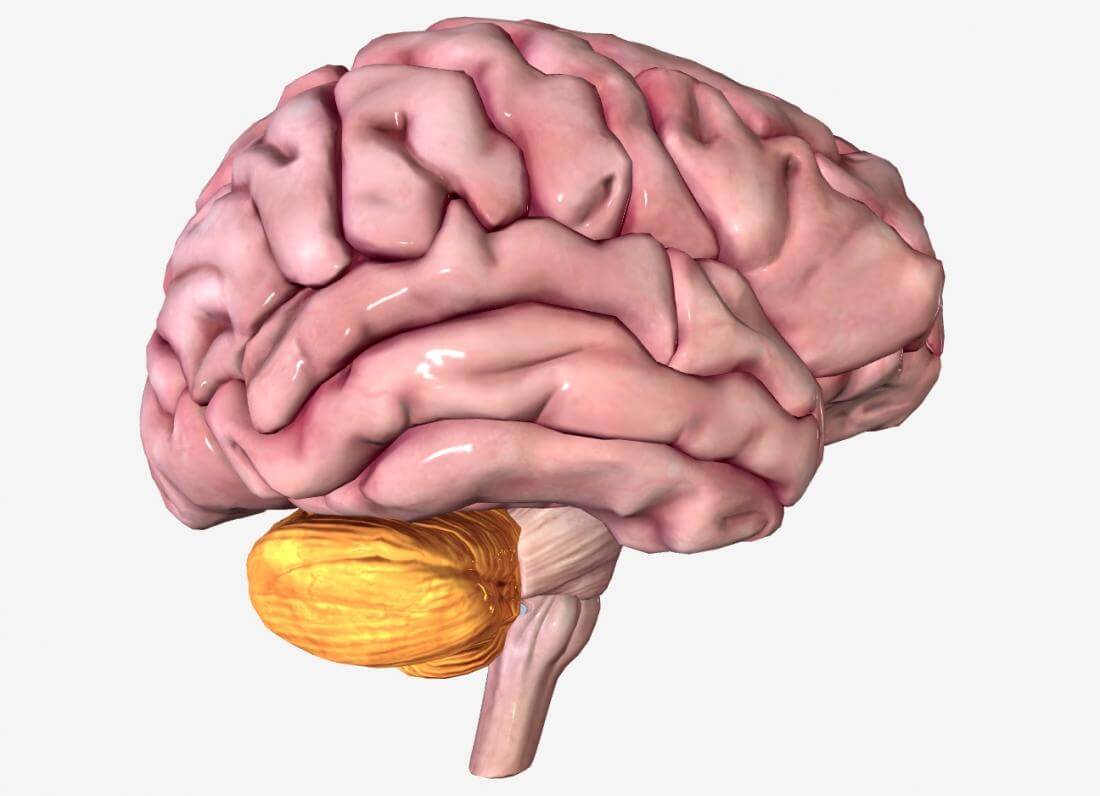 It has an ovoid shape, weighs between 150 and 180 gr. The man’s cerebellum weighs 9 grams more than that of the woman. They have a size of 8 cm x 5 cm x 5 cm. The entire cerebellum is covered by a cerebral spinal fluid. It has 3 faces: anterior, superior and inferior:

The anterior face connects the medulla oblongata with the annular protrusion.
The upper face has the shape of a roof and connects with a part that is called the cerebellum tent.
The lower face is supported on the dura mater. It connects with the occipital fossa of the skull (cerebellar pits).

It is constituted by two hemispheres in whose center there is a small cavity called Vermis. The narrow structure is shaped like a worm. There the unconscious nervous pathways lodge or end.

As we have already mentioned, its main function is to coordinate the sensory and motor pathways. That is, it causes the muscles to react to sensory stimuli. It is the cerebellum that reacts or responds quickly in front of a signal of external danger and sends the signal to the brain so that it reacts quickly and the reaction takes place. 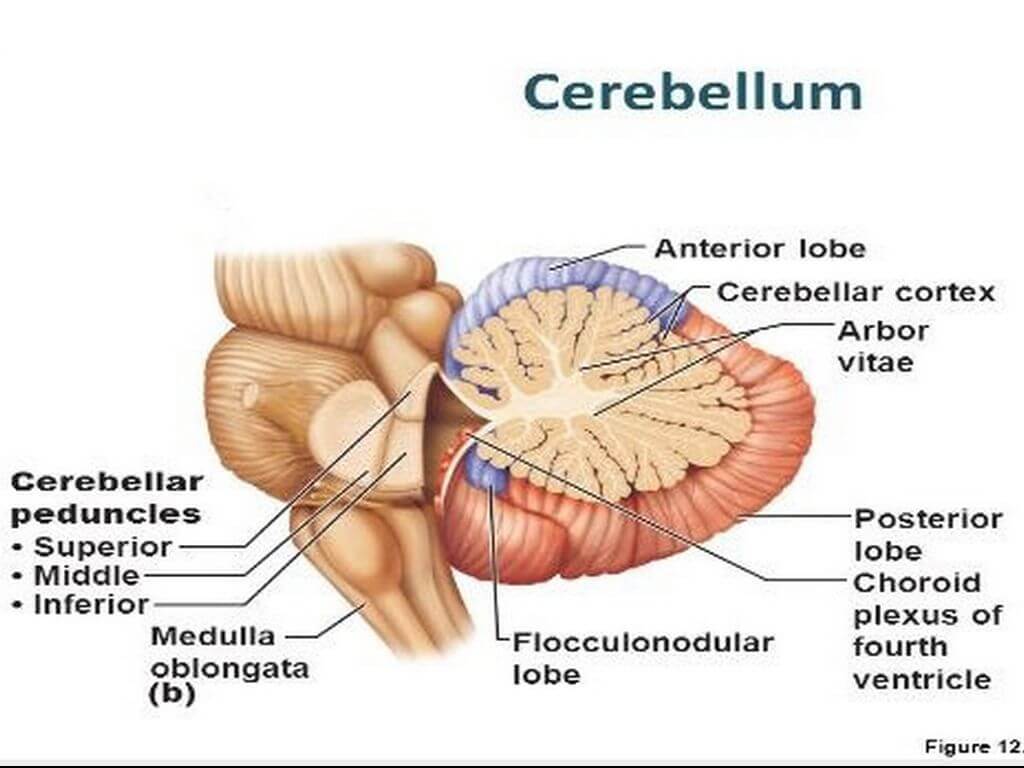 Neurons is the name given to nerve cells along with their extensions. Within the cerebellum are about 50% of all neurons of the brain but its size in relation to the brain is 10%.

5. Functions of the cerebellum according to the lobes

The cerebellum establishes different types of connection with the cerebellar trunk. This connection is possible through some cords called cerebellar pendulums. There are 3 types: 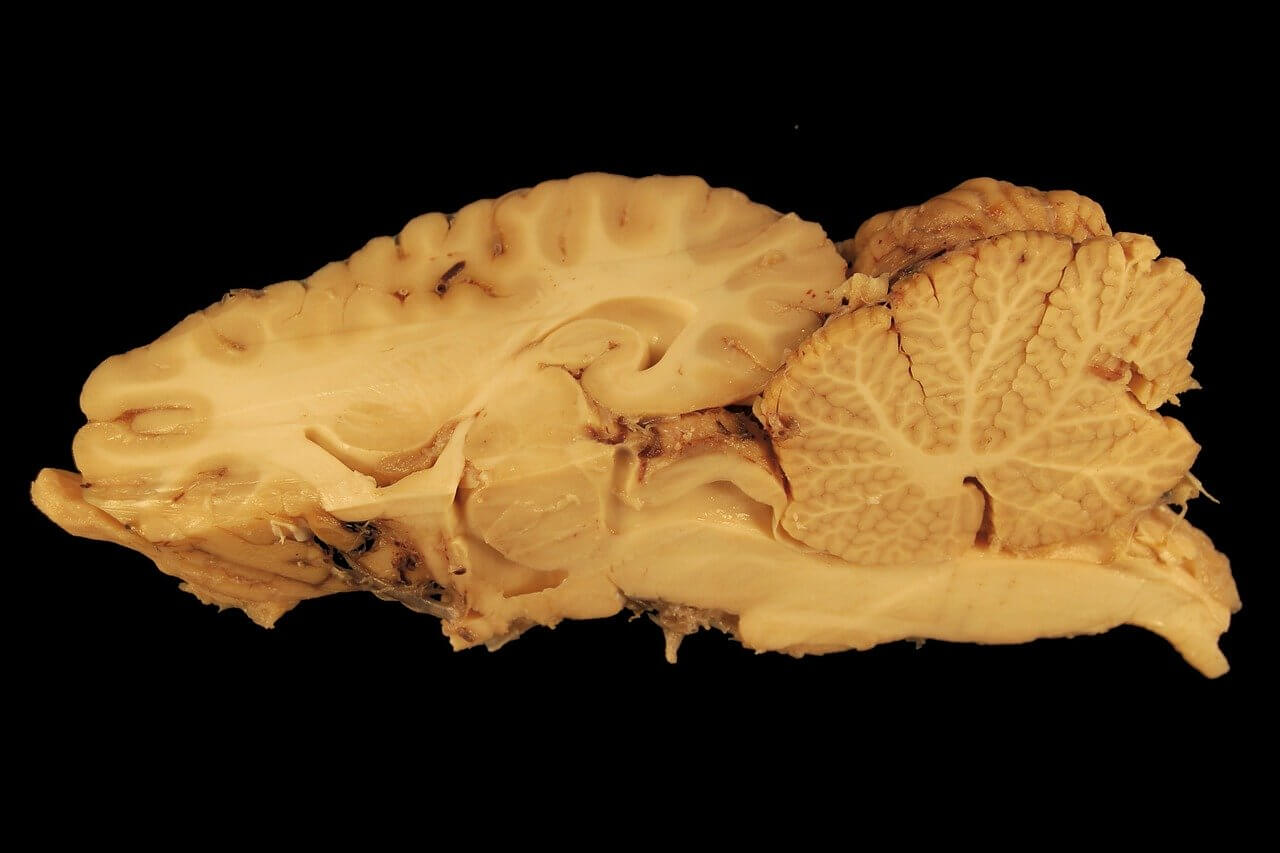 7. Division of the cerebellum according to its evolution

The cerebellum is divided into 3 parts according to its evolution:

It is divided into gray matter and white substance

Gray substance: It consists of 4 cerebellar nuclei and the cortex. These 4 cores are:
Fastigial core. It has to do with the functions of balance.
Globular nucleus. It has the shape of the letter “S”.
Emboliform nucleus. It handles the movements of the extremities.
Serrated core. It is the most developed and is the one that connects with the neo-cerebellum.
White substance: It is found in the middle part of the cerebellum. It comes in branched form. For this reason it is called the tree of life.

Cancer
Genetic diseases, such as the malformation of Dandy Walker.
Cell degeneration It is produced by defective brain cells.
Muscle tone lower than normal.
Movement disorder (Ataxias). It is the lack of muscle control in legs and arms. 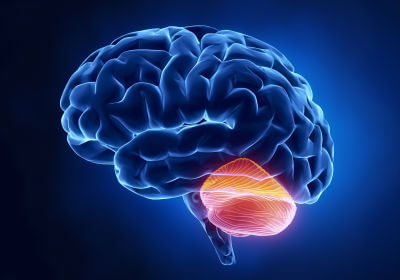 10. Genetic rarity about the cerebellum

Although the lack of it at birth could suggest a premature death there are currently registered 9 cases of adults without cerebellum. This phenomenon of malformation and survival accounts for the adaptive plastic capacity of the brain of the human being to the environment. However, it is still a rarity and a malformation with little chance of survival in general.