Eliel Saarinen; (1873-1950), Finnish-American architect, who was one of the pioneers in modern design. His progressive rejection of eclecticism and his corresponding emphasis on functionalism paralleled the work of other progressive and influential European architects – Ragnar Ostberg, Peter Behrens, Otto Wagner, and H. P. Berlage. 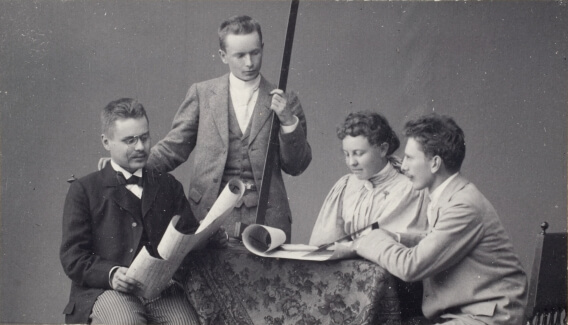 Gottlieb Eliel Saarinen was born in Rantasalmi, Finland, on Aug. 20, 1873. He was trained at the Polytechnic Institute in Helsingfors (now Helsinki) from 1893 to 1897, His Finnish Pavilion for the Paris Exposition of 1900 won distinction for its simple, forthright design. His picturesque studio-home at Hvittrask (1902), in its straightforward handling of pine and granite, reveals his respect for Finnish tradition and his lifelong sensitivity to the special qualities of materials.

Saarinen’s most important building prior to World War I was the Helsinki Central Station (1910-1914), a monumental handling of internal space and external masses. It showed only the faintest trace of tradition in its design and was restrained in its independent decoration. In his design for the Chicago Tribune building (1922), Saarinen accepted the setback principle, causing the masses of his towering skyscraper to seem to grow spontaneously from bottom to top. Although his design won only second prize, it had more influence on subsequent skyscrapers than the first-prize design.

Career in the United States:

Saarinen emigrated to the United States in 1923 and taught architecture at the University of Michigan. From the late 1920’s he was associated with various educational enterprises of the Cranbrook Foundation at Bloomfield Hills, Mich. In the 1920’s and 1930’s he designed the Cranbrook School for Boys, the Kingswood School for Girls, the Institute of Science, and the several buildings of the Cranbrook Academy of Art. The earlier buildings show traces of eclecticism, while the later have a simplified classic style complemented by the decorative sculpture of Carl Milles. As head of the academy from 1934 to 1948 and then of the graduate school of architecture, Saarinen and his wife Loja, a distinguished designer and weaver, shaped the educational program in architecture and arts and crafts. 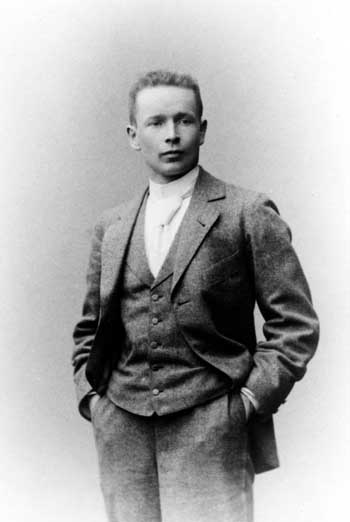 Saarinen later worked in partnership with his son Eero Saarinen. Their Kleinhans Music Hall, Buffalo, N. Y. (1938), is a functional building whose external massing expresses its interior form. The acoustics are almost perfect. The Tabernacle Church of Christ, Columbus, Ind. (1940), exhibits two of Saarinen’s favorite motifs-a slender tower, opposing its verticals to surrounding horizontal masses, and a sunken pool mirroring the building. The one-story Crow Island School, Winnetka, III. (1939), is light, airy, and spacious, with furniture scaled to the child. The music pavilion (1940) at the Berkshire Music Center at Tanglewood, near Lenox, Mass., has a quadrant shaped plan. The striking pavilion opens on spacious lawns.