What is gravel made of? What are the uses of gravel? Where is gravel found? Information about gravel

Gravel; consists of rounded rock fragments that are coarser than sand. To be called gravel they must be not less than about two millimetres across, but they are often mixed with sand. 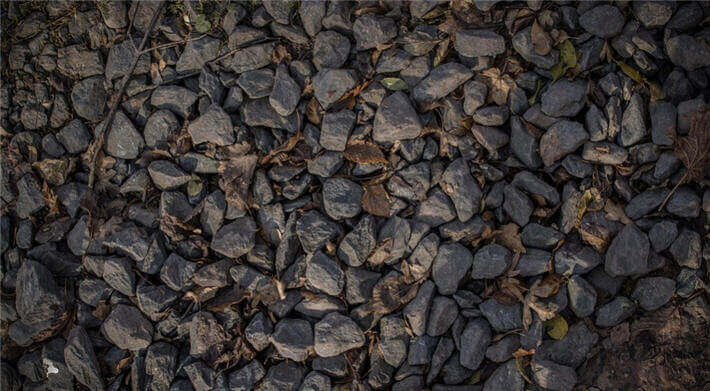 Gravel is carried by rivers or the sea, and dropped in places where the water loses its carrying power. Imagine a big river in flood— it is a raging torrent, spreading far beyond its banks and carrying with it a great load of material worn away from the sides of the valleys. When this flood water loses its speed it also loses its carrying power, and part of the load is dropped. Thus deposits are spread over the land as far as the flood has reached and gravel may be left where the water was flowing fastest.

In the valleys of most mountain ranges great spreads of gravel show the effect of past floods. If the flood is strong enough, the river carries its load right down into the lowlands, and spreads it over the plains. In places where the sea level has fallen, rivers have cut deeper and deeper into their beds, and have thus left terraces of gravel where the water used to flood, but where it no longer reaches because the bed is lower.

Gravel is often found along the coast and is then called shingle. When the sea batters the rocks it wears off fragments which are sometimes washed towards the land and form beaches, and are sometimes carried along the coast by currents. Where the current becomes weaker it drops the pebbles and they form banks of shingle. Examples of such banks can be seen along the English coast—at Dungeness in Kent and at Chesil Beach in Dorset. Shingle has no sand mixed with it, for the waves wash it all away, whereas the spaces between pebbles in a river may be full of sand.

In early days towns often grew up on great gravel patches if the rest of the area consisted of clay, for the gravel soil was drier, easier to handle and had a better water supply. The Londinium (London) of Roman Britain was built on the gravel of two low hills on either side of a stream known as the Walbrook.

Gravel is one of the ingredients of concrete, which is used for ali kinds of building. Gravel is obtained from open pits in the earth. There are “dry” pits where it is dug by mechanical diggers, and “wet” pits, full of water, from which the gravel is sucked up through huge pipes. It is washed, and put through a machine that sorts it out into different sizes, so that gravel of the required size can be supplied.

Some gravels called “placer deposits” contain fragments of valuable minerals, which have been washed out of the rocks by the rivers and dropped among the gravels. In California and Alaska (United States) and in New South Wales and Victoria (Australia) there are gold-bearing gravels. The Ural Mountains of the Russia have gravels that contain platinum, and in Malaya, Nigeria and eastern Australia there are tin-bearing gravels. Some gravels contain gems. Diamonds are found in the gravels of the Vaal River in South Africa, and sapphires, rubies and garnets in those of Ceylon.