Information About Soil, What is the description and uses of soil?

What is the description and uses of soil? Information on soil formation, types, composition, uses and more

SOIL is the upper surface layer of the earth in which plants grow. In this sense soil is a thin, continuous film that extends over all the land, except for rocky, barren slopes, salty desert basins, and polar lands too cold for plants. The soil supports all plant and animal life, either directly or from other life that comes from the soil, and is itself produced partly through the effects of living things. Life and soil evolve together.

The world has many hundreds of thousands of kinds of soil, each with its own unique features and qualities. While “the soil” is a collective term for all soils, “a soil” means one individual soil body with a particular depth, shape, and area. Depth is reckoned, down to the limit of plant roots, or to the limit of materials—rock, salt, or gravel—that influence the air, water, or dissolved salts around the roots. The depth of most soils used in agriculture and gardening is about 3 to 4 feet (about 1 meter), but some soils are a mere 2 inches (5 cm) deep and others as much as 10 feet (3 meters). 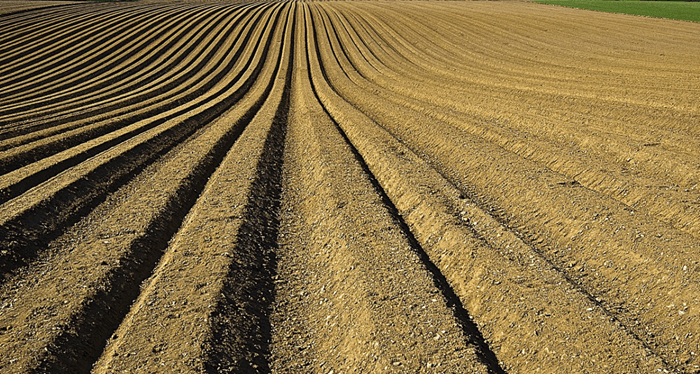 Each soil body has a boundary with one or more other soil bodies that have different characteristics and are formed in different ways. Soil maps show the boundaries of each soil as lines, but the boundaries are really more like vertical strips separating one soil from the others. In shape the separate soils would be more like the individual pieces of a jigsaw puzzle that had been mounted on a board of uneven thickness and curved like the wrinkled surface of the area that the soil map covers.

From studies of these individual soil bodies, it is found that some are essentially alike in shape and profile. They have developed in the same manner, and they behave alike both in nature and when used in the same way by people. Soils that resemble each other are called a “kind” of soil and are given a common name.

Soils support all mankind. They are renewable resources that can be used and improved if they are understood. However, where good farming practices are not followed, soils lose their productivity and in extreme cases may entirely disappear. Good soil conservation may Jie thought of as the sustained use of soils at their highest practical level of production through the best techniques of natural science, social science, and engineering.