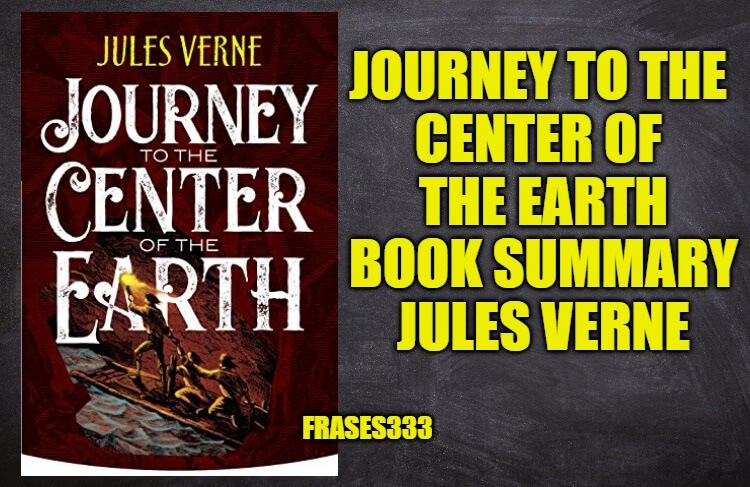 Journey to the Center of the Earth

Axel, the enthusiastic and excited nephew of renowned professor and mineralogist Otto Lidenbrock, tells the story of his journey to the center of the Earth.

On May 24, 1863, Lidenbrock examines a recently recovered 12th-century runic manuscript and finds a cryptic message from 16th-century Icelandic alchemist Arne Saknussemm. Lidenbrock is excited and believes Saknussemm wants to share a scientific discovery. The professor wants to decipher the message, but has difficulty doing so.

Luckily, Axel manages to decrypt the document. Arne Saknussemm reports that the traveler who climbed the crater of Snæfells volcano could enter the center of the Earth and made such an attempt. Axel knows his uncle will want to make a similar attempt and decides not to tell him about the finding, but eventually his uncle finds out. Lidenbrock immediately starts planning the trip and tells his nephew to come too. Axel does not want to leave his fiancee Grauben, who is under the guardianship of his uncle, to go on a trip. However, he still accepts.

Lidenbrock and Axel leave Hamburg and go to Iceland. In Reykjavik they hire a calm and patient guide named Hans. The three of them climb into the crater of the volcano. There is a downward slope. They manage to penetrate the depths of the earth. When they arrive at an intersection, Lidenbrock first takes the wrong road; This first road is a dead end and they have to turn back. Meanwhile, water supplies run out, so the exploration is doomed to fail. During this phase, Axel is extremely anxious and pessimistic. It is curious, however, that he and his fellow adventurers are going back to the prehistoric past in terms of geology.

Hans leaves his friends to look for water.

He finds a spring flowing through a cliff wall and takes the others there. After Hans digs a hole in the wall, a small stream flows: they name this body of water after Hans.

At some point in the journey, Axel had to leave his uncle and guide; He is hopeless as he will die of hunger and thirst in the dark cave. Fortunately, his uncle finds him.

Passengers soon come to the shore of a vast underground sea. They see huge mushrooms there. In addition, there are other types of mushrooms and strange plants. Explorers know they have to cross a sea and they have to, but this sea is much larger than they expected. On their journey, they witness a battle between gigantic, ancient creatures – ichthyosaurs and plesiosaurs.

As the journey continues, the weather changes and a great storm begins.

Adventurers float on the waves; There is the sound of thunder and lightning and sparks everywhere. A fireball hits the explorers’ raft. However, they manage to survive. Eventually the storm quiets down and leaves Axel and the others on the other side of the sea. But it doesn’t take long for them to see on the compass that they’re actually on the same side as where they started. Lidenbrock is enraged at first, but then cheerfully decides to move forward. Axel is constantly surprised by his uncle’s stubbornness and courage and wishes they could go home.

Before leaving, adventurers explore this other part of the coast and obtain incredible fossilized specimens from the earliest days of planetary life. They even find fully preserved human bodies. As they enter a Third Period forest with incredible vegetation, they spot mastodons and a twelve-foot-tall man. Not wanting to be noticed, Axel and his friends quickly flee. They also found a rusty knife and marks on a rock; Saknussemm was there and had found the way to the center. It is a coincidence of fate that the storm brings the expedition back to where it should be.

Axel and his comrades continue in Saknussemm’s path, but are stopped by a large boulder that must have been caught in an alleyway between his journey and theirs. Now driven with enthusiasm for the journey, Axel suggests using the power of fire to blow up an opening. Explorers put this plan in motion and wait on their rafts.

After the explosion occurs, Axel, his uncle and Hans realize they have made a mess. The whole sea is rushing through the clearing and rushing wildly over the three-man-high waves. After a while, they realize that they are climbing vertically up the shaft of the mountain. The heat is rising and the walls are collapsing around them. Lidenbrock is unafraid and knows that this explosion will bring them to the Earth’s surface.

The raft emerges from Etna volcano in Stromboli, a place in the middle of the Mediterranean. Miraculously, all three men survive and find themselves in a lush environment.

After Lidenbrock’s safe return, he became famous for his story and journey.