What is the structure of sperm cell? What are the functions? Information on sperm production, size, number and role in fertilization.

The male gamete is the means whereby hereditary elements (genes) from the paternal organism are contributed to the future individual. Its primary function, therefore, is to make possible biparental inheritance. Its secondary function is to stimulate the egg development.

Spermatozoa were first studied by the Dutch microscopist Anton van Leeuwenhoek, who reported his observations in 1677, but it was not until the late 19th century that spermatozoa were observed taking part in fertilization.

Spermatozoa have been found in virtually all animal species studied. In the plant kingdom spermatozoids are found in the more primitive members, such as algae, mosses, ferns, horsetails, liverworts, some palms (cycads), and even a tree, the ginkgo tree of China. 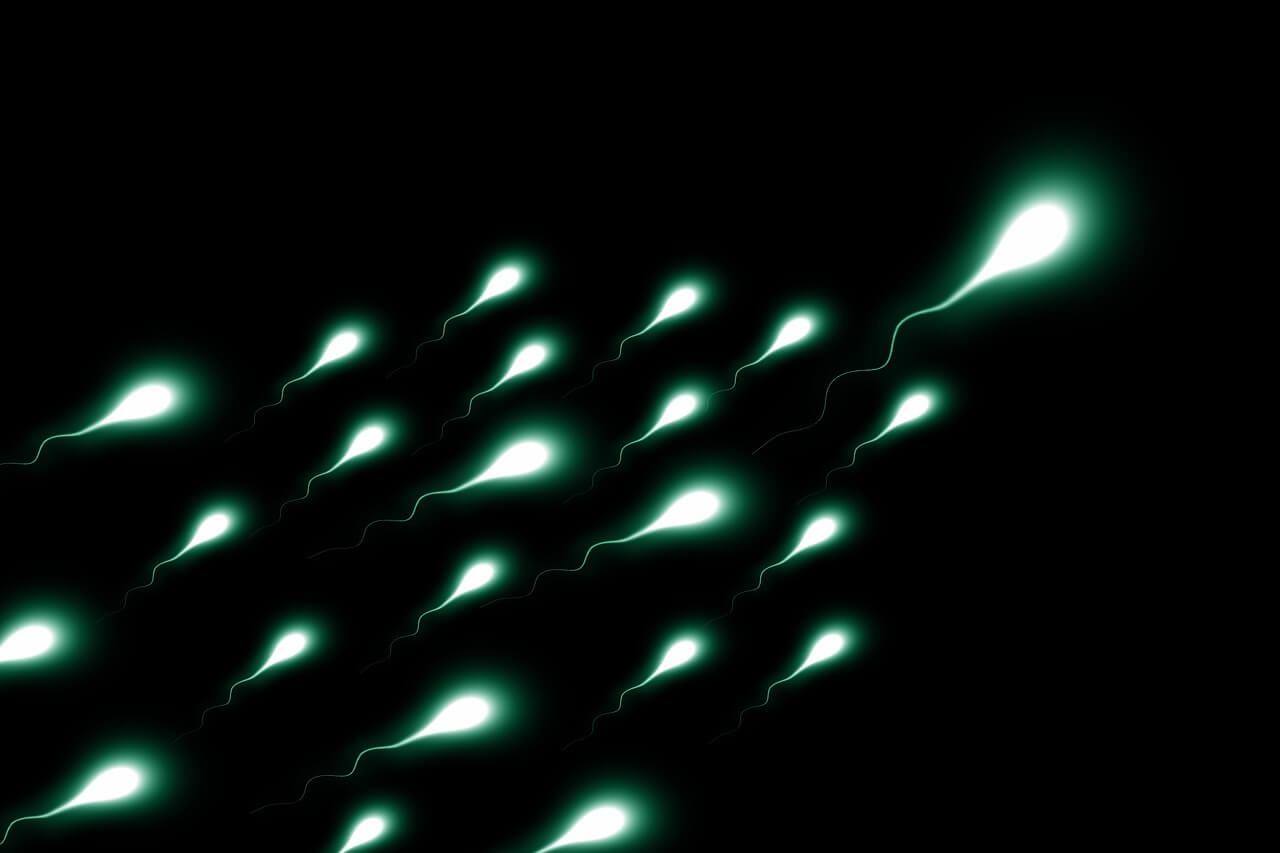 In its most common form a spermatozoon resembles a tadpole with a rounded head and a vigorously beating tail, or flagellum. The whole cell is usually microscopic —only about l/250th inch (0.1 mm) long. Spermatozoa have a very wide range of other shapes and sizes, however. They may be more or less spherical, or look like stars, or be long thin balloons. Some have two flagella or numerous vibrating hairs (cilia) or a rippling membrane down their length in place of a flagellum, while others are drawn out into extremely attenuated threads as long as 1/2 inch (13 mm). Sperm structure, in fact, is so varied that it can serve to identify species and even some subspecies.

In all its forms, the spermatozoon resembles other cells in having a nucleus and cytoplasm. Generally the amount of cytoplasm is small, but it contains distinctive structures—notably the acrosome, centrioles, mitochondria, and fibrillar components of the flagellum. The human spermatozoon, as in other mammals, carries the acrosome, a saclike structure, molded over the front half of the nucleus and its mitochondria arranged helically around a short length of the flagellum. The centrioles anchor the flagellar fibrils to a notch at tire back of the sperm head.

In higher animals, sperm production, or spermatogenesis, occurs in the testes and involves the participation of several generations of cells. The process is best known in mammals. Stem cells, called spermatogonia, undergo several mitotic divisions to produce primary spermatocytes. The primary spermatocytes then undergo two successive meiotic divisions, first into secondary spermatocytes then into spermatids, during which the chromosomes replicate only once. The resulting spermatids thus have the haploid chromosome number. These spermatids then undergo a metamorphosis, called sper-miogenesis or spermateleosis, into functional spermatozoa. The union of the haploid spermatozoon and haploid egg to form a zygote at fertilization reestablishes the normal diploid chromosome number of the reproducing organism.

In aquatic plants and in animals that practice external fertilization, male gametes are often released directly into an external fluid medium and must search for the female gamete. Generally, the behavioral patterns of the male and female organisms, together with the enormous number of male gametes produced, help to ensure a high probability of fertilization. In at least some plants there is also a chemical attraction between the gametes.

In other organisms, such as higher plants, insects, certain fishes, birds, and mammals, fertilization is internal, and special devices have been developed for bringing together the male and female gametes. These devices take a wide variety of forms and are often bizarre. In the higher plants a pollen tube carries ciliated spermatozoids or sperm nuclei to the egg cell. In many animals, such as octopuses and squids, spermatozoa leave the male tract packaged into capsules, or spermatophores, that are placed in or near the female body.

In other animals, particularly mammals, including man, there is intromission of the male sex organ into the female genital tract. Leaving the testes, the spermatozoa travel through a long intricately folded tube called the epididymis into the vas deferens from which they are propelled during intercourse into the urethra. There, the spermatozoa become suspended in the secretions of the accessory glands, particularly those of the seminal vesicles and prostate gland. These fluids stimulate sperm motility, provide nutrients, and act as a vehicle for carrying the sex cells. In ejaculation, the spermatozoa in this fluid, called semen or occasionally “sperm”, is deposited in the female genital tract. Passage from there to the fertilization site in the oviduct is thought to be due to muscular movements and fluid currents set up by the beating of cilia.

Spermatozoa remain fertile in the female reproductive tract for different periods of time in different animals. In some ants, in the honeybee, and in some snakes, they may remain alive for several years; in certain bats, for several months; but in most mammals, including man, they survive for only two or three days.

Spermatozoa are remarkably robust cells. They can live for many hours in the presence or relative absence of oxygen. Mammalian spermatozoa can survive on their own stored nutrients or on simple compounds in the surrounding medium. Sperm can also be kept for long periods of time in cold temperatures. Carefully stored in an appropriate suspending medium, bull spermatozoa frozen, to —110° F ( -79° C) have retained their fertility for at least 20 years. Low-temperature banks of human semen are maintained for use in artificial insemination. A sample of bull semen can be diluted enormously in an artificial medium without loss of viability or fertility in the spermatozoa. Indeed, a single bull ejaculate so prepared can be used to impregnate 500 cows by artificial insemination. The spermatozoa of some mammals, such as hamsters, mice, and man, can fertilize eggs in vitro. 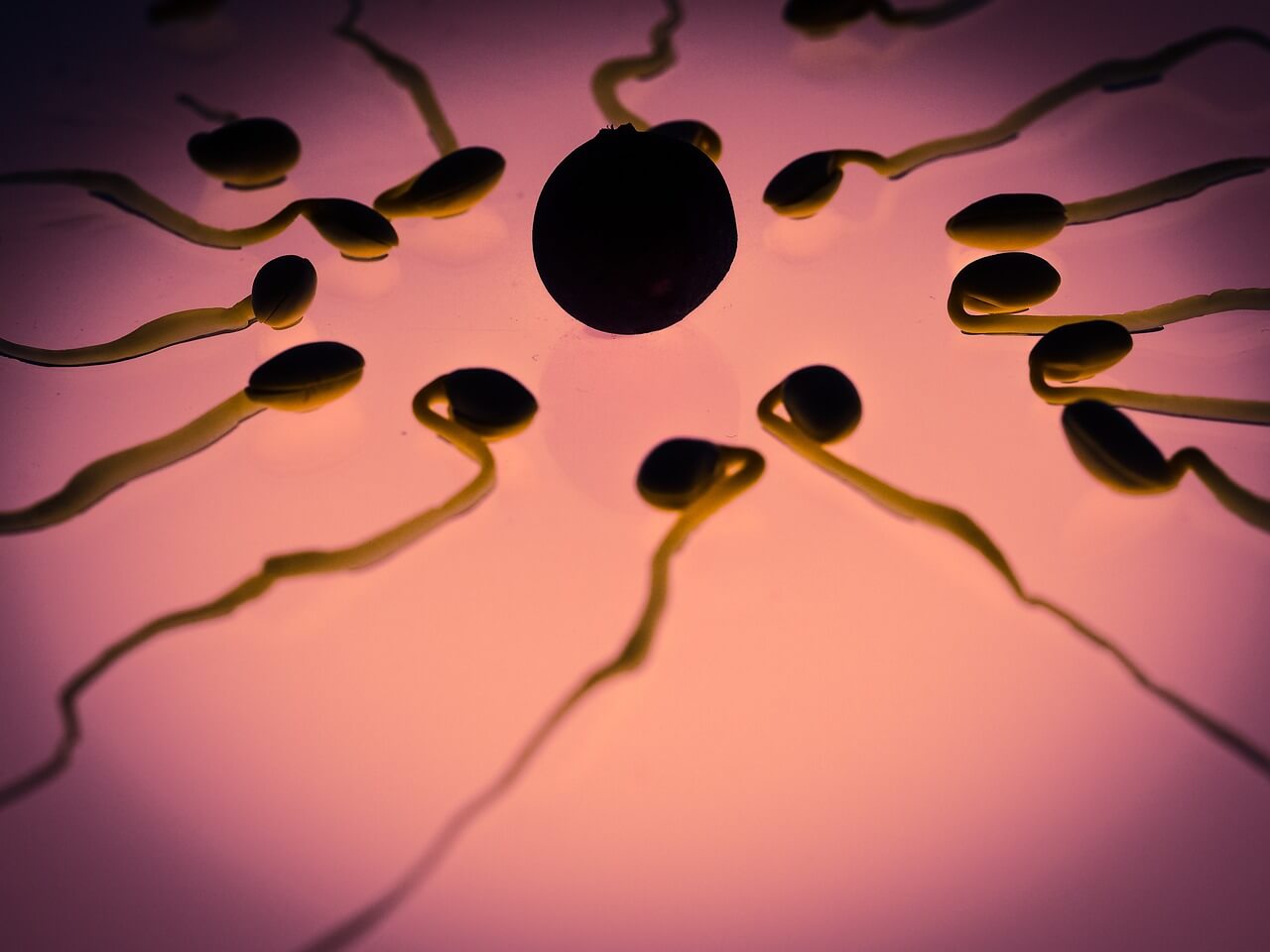 In mammals the meeting of spermatozoa and eggs at the site of fertilization appears to be a matter of pure chance, for there is no evidence of chemical attraction between male and female gametes. The probability of fertilization, however, is high, presumably because of the active movement of spermatozoa in the restricted space that constitutes the site of fertilization. As the spermatozoa are being moved through the female tract, they undergo a process known as capacitation, which permits them to evince the “acrosome reaction,’ the release of enzymes that digest a path through the coats surrounding the egg.