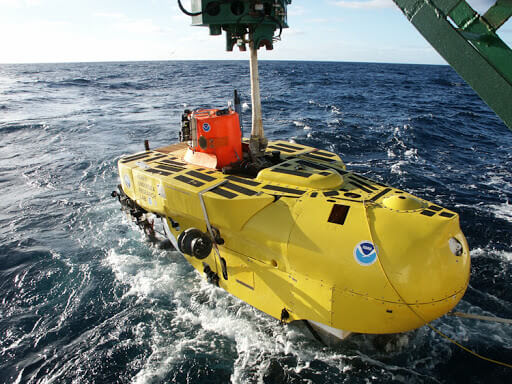 If you have ever made a deep dive, you have felt the force of water pressing on your body. This force is caused by the pull of gravity. Like all other materials, water has weight. So gravity pulls down on water wherever it is. Because of this downward pull of gravity, water exerts a force below the surface.

You expect water to push down because of the pull of gravity. But you were probably surprised to find that water pushes sideways and upward as well as downward. From the same point, water will pour out through a hole in the bottom of a pail, run out through a hole in the side, or squirt up through a hole into a can. So you can see that below the surface water pushes in all directions. Careful measurements show that the water at any point exerts an equal force in every direction. Yet whatever the direction is, gravity causes the force inside the water.

When we are working with this force, we often need to use the word pressure. You have used this word many times to mean about the same thing as force. However, to a scientist, force and pressure have different meanings. You know that a force is any push or pull. But pressure means the amount of force on a certain area. In the English system, pressure is usually measured in pounds per square inch. Very great pressures are sometimes stated in tons per square foot.

Water pressure is important to such people as builders of dams and water systems, submarine crews, and deep-sea divers. You would probably feel uncomfortable 15 feet under water. But a diver can go down into the water about 400 feet in an ordinary diving suit. To go deeper, he must get into strong metal armor that is very heavy and clumsy. In 1960, two men reached the greatest depth so far when they went down 7 miles into the Pacific Ocean near the island of Guam. A special diving device called a bathyscaphe (bath’a skaf) was used. The men were inside a hollow steel ball 7 feet in diameter having walls 3/2 inches thick and weighing nearly 13 tons. Why was so much protection needed? 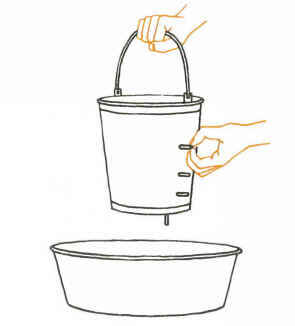 HOW DOES THE DEPTH OF WATER AFFECT ITS PRESSURE?

Some people think that the size or shape of a container makes a difference in the pressure at the bottom. But careful measurements show that this is not true. The pressure depends only on the depth of the water. For example, if the water in a tank is 10 feet deep, the pressure at the bottom is 4.3 pounds per square inch, no matter what the size or shape of the tank may be. The pressure is also 4.3 pounds per square inch 10 feet below the surface of a stream or lake, which is far bigger than the tank.

“Water seeks its own level.”