Lucas Cranach the Elder; (1472-1553), German painter and engraver, who is distinguished foi his portraiture and for his use of female nudes m his Biblical and mythological paintings. A itiend of Martin Luther and the electors of Saxony, Cranach had a central position at the court of Wittenberg during the cultural and intellectual fetment of the Reformation. He is sometimes ailed Cranach the Elder. 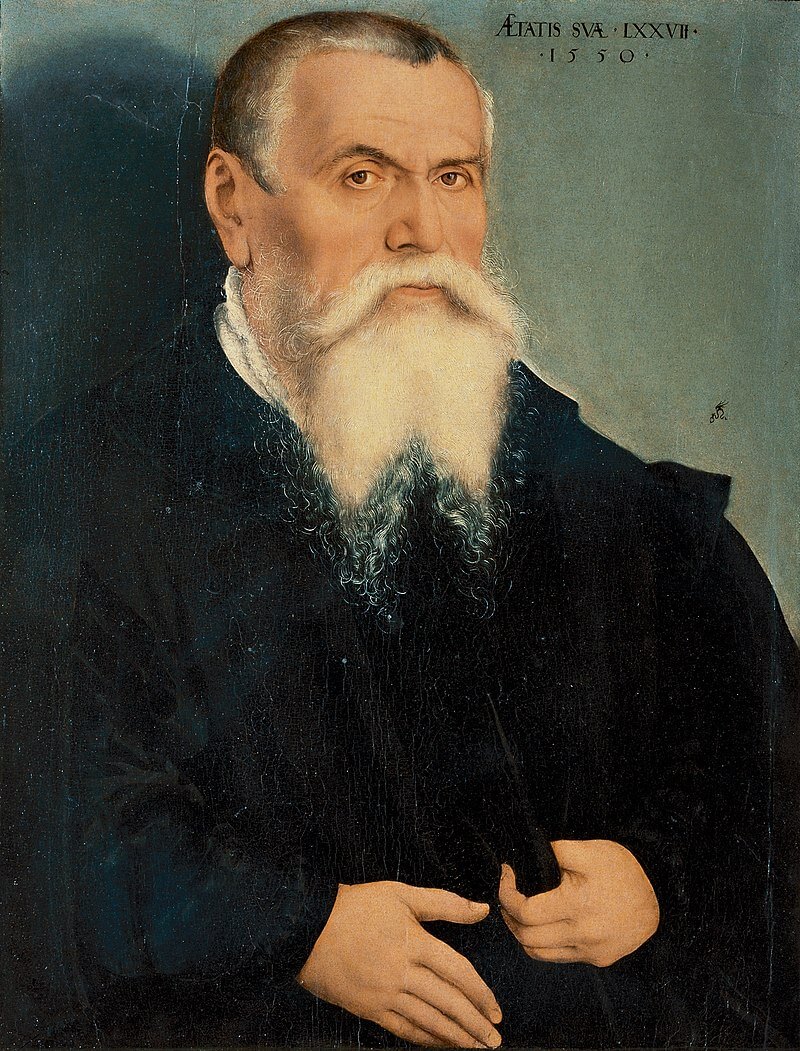 Born in Kronach, from which he tok his family name, Cranach was taught painting by his father. In 1500 he traveled to Vienna, probably by way of Nuremberg, since the influence of Diirer is evident in the works of Cranach’s Viennese period. During his 3-year stay in Vienna, Cranach painted the first in a long series of portraits of humanists and reformers, including Johannes Cuspinian (Winterthur, Switzerland) and Stephan Reuss (National Museum, Nuremberg). The work of Cranach’s early period, mostly religious, is characterized by its romantic lyricism, spirited composition, luminous coloring, and superb landscape settings.

From 1504 to 1550, Cranach served as court painter at Wittenberg under Frederick the Wise, Elector of Saxony, and his successors John the Steadfast and John Frederick the Magnanimous. He enjoyed great wealth and position at Wittenberg and became a strong supporter of the Reformation and a friend of Luther, whose portrait he painted several times.

As court painter, Cranach changed his style to one of greater polish, cooler colors, and more static composition. Refined and fashionable, the simple forms are often outlined against a monochromatic background. An emphasis on ornamental linear qualities is especially apparent in his paintings of nude figures. In Venus and Cupid (1509; Hermitage Museum, Leningrad), Cranach introduced a new, openly erotic type of nude to German painting. In mythological scenes, as in The Judgment of Paris ( Metropolitan Museum of Art, New York) as well as in his Bibical scenes, especially the many versions of Adam and Eve, the women seem frankly sensual, with gauzelike veils accentuating their nudity.

Cranach’s portraits of the Wittenberg period, unlike his early portraits in landscape settings, assume monochromatic backgrounds. Decorative tendencies diminish, and the sensitive drawing carries the composition. Among his best portraits of this time are Luther’s Parents (1529; Wartburg) and Dr. Scheming (1529; Musée des Beaux Arts, Brussels).

Cranach followed John Frederick in 1550 to Augsburg, where the Elector, defeated in battle by Emperor Charles V, was imprisoned. After John Frederick’s release from prison, Cranach followed him to Weimar, where the artist died on Oct. 16, 1553. His sons, Hans (died 1537) and Lucas the Younger (1515-1586), both painters, followed their father’s style very closely.