It is the most important festival for the Sikh community and is celebrated with extreme devotion and reverence. The festival is celebrated on Kartik Poornima (full moon day in the month of Kartik), which falls in the Gregorian months from October to November. 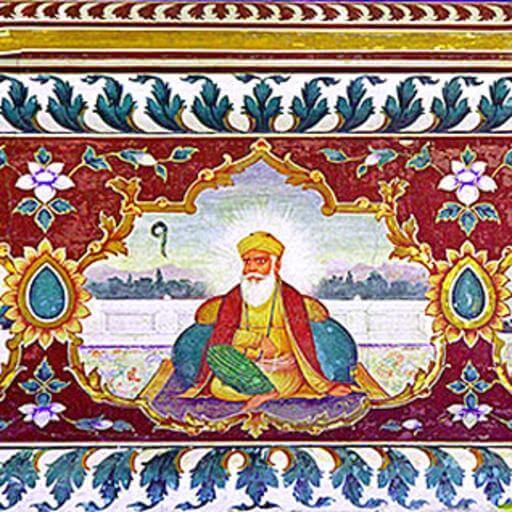 When is Guru Nanak Jayanti celebrated?

Guru Nanak Gurpurab is celebrated on Kartik Puranmashi, the full moon day in the Hindu calendar month of Kartik. The festival falls in the Katak month, the eighth month of the Nanakshahi calendar and corresponds to the Gregorian calendar months from October to November.

This statement has been widely accepted and Guru Nanak Gurpurab is celebrated on Puranmashi (full moon) in the month of Kartik; however, many religious clergymen still believe that Jayanti should be celebrated on Vaisakhi which falls on April 14 according to the Nanakshahi calendar.

Guru Nanak was born on April 15, 1469 in Rai Bhoi Ki Talwandi, near Lahore, in present-day Sekhpura district in Pakistan. Today, there is a Gurudwara Janam Asthan where Guru Nanak was born and the city is known as Nankana Sahib, located in the Punjab province of Pakistan.

Guru Nanak’s father, Kalyan Chand Das Bedi, was a local accountant (patwari) for harvest income in Talwandi. His mother’s name was Mata Tripta and his father was also popular by name: Mehta Kalu. Guru Nakak had a five-year-old older sister, Bebe Nanaki. He moved with his sister to Sultanpur, when she married in 1475.

At the age of 16, Nanak began working with Daulat Khan Lodi, who was the governor of Lahore during the reign of Ibrahim Lodi. There are numerous events from Guru Nanak’s early life, which suggest that he had divine grace upon him. Guru Nanak was deeply impressed and interested in divine issues from the young age of five.

There are reports of incidents in which Nanak had surprised his teachers by displaying spiritual knowledge and understanding. There are stories that tell of Guru Nanak’s compassion to help the poor and vulnerable, often miraculously. 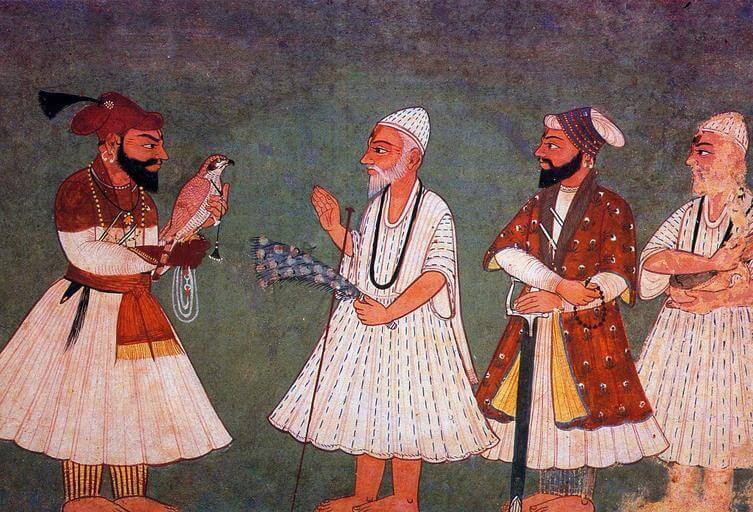 Guru Nanak was a religious guru (teacher), a spiritual healer who founded Sikhism in the 15th century. He began the composition of the Guru Granth Sahib contributing 974 hymns. The main teachings of the Guru Granth Sahib are based on the philosophy of a creator. He expressed selfless service to humanity, social justice and prosperity for all, regardless of demographic differences. The concept of reincarnation or messenger of God is prohibited in Sikhism; However, the role of a guru as a spiritual and social teacher forms the basis of the Sikh religion.

Guru Nanak emphasized the fact that both spiritual and social life are an integral part of each other. He preached leading a socially active life with truthfulness, honesty, purity, and selfless service to society, especially the poor and needy. Guru Nanak died in Kartarpur Pakistan on September 22, 1539.

Guru Nanak Jayanti is celebrated with much enthusiasm and reverence by the Sikh community. The celebration is similar to other Sikh festivals with the sole exception of having different hymns. The celebrations begin with morning processions known as prabhat pheri, which originate from the Gurudwaras and the participants sing hymns of the Guru Granth Sahib. Guru Granth Sahib is also shown in the procession, placed on a decorated palanquin.

The recitation of the Guru Grant Sahib begins two days in advance in the Gurudwaras. A 48-hour akhand path (non-stop recitation) takes place at the Gurudwaras two days before the Guru’s Jayanti. The day before Guru Nanak’s birthday a procession called Nagarkirtan is organized. The procession is led by panj pyare, who holds the Nishan Sahib, the Sikh triangular flag.

As usual, Guru Grant Sahib is also part of the procession, placed on a palanquin. Participants could be seen singing hymns in groups and playing traditional musical instruments. There is also a display of martial arts and battle skills by Sikh warrior communities like the Khalsa clan. The procession passes through streets adorned with flags and flowers.

Amrit Vela, the first hour of the morning before sunrise is considered by Sikhs as the most auspicious for meditating and reciting Guru Granth Sahib. Therefore, Guru Nanak Jayanti’s day begins with the chanting of Asa di Var, a kirtan written by Guru Nanak himself, at Amrit Vela (4 a.m. to 6 a.m.). This is followed by kirtan and katha in praise of the Guru.

The prayers are followed by a free communal lunch called langar. People from different sectors of society, that is, poor and rich, young and old, regardless of their religion, caste or gender; sit together in a queue, to eat the food. Some Gurudwaras even hold evening prayers during the day. 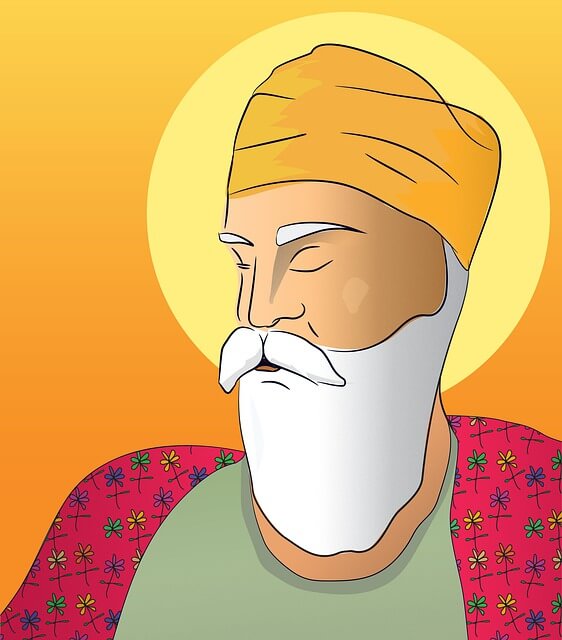 Guru Nanak Dev Ji was the creator of Sikhism and also its first Guru. He is the most revered Sikh guru and is worshiped as equivalent to God. Guru Nanak Dev started the composition of the sacred book of the Sikhs: Guru Granth Sahib, which forms the center of all Sikh festivals.

Nanak emphasized the philosophy of a God and the meaning of a Guru or spiritual master. It showed a practical way to achieve enlightenment through prayer and worship, without compromising family and other worldly possessions.

People have extreme faith in Guru Nanak’s miraculous powers and many disciples regard his teachings as the guiding principles of their lives. Furthermore, the celebration of Guru Nanak Gurpurab also signifies communal harmony, as other caste devotees such as Muslims and Jains participate too devoutly in the celebrations.

The festival reaffirms the disciples’ faith in religion and the Guru and presents the basic idea of ​​service to humanity above oneself. The free community lunch for all sends the message that no religion is greater than service to humanity. The festival is significant in many ways and should be celebrated year after year with fervor and reverence towards Guru Nanak Dev.