Oliver Goldsmith (1728 – 1774). Oliver Goldsmith wrote books of many kinds, including poems, history books, a novel and two plays. His novel is called The Vicar of Wakefield and it tells the story, often a funny one, of the fortunes and misfortunes of the vicar and his family, who are always in trouble of one sort or another.

When it was written it soon became popular, and by then Oliver Goldsmith, as well as being well known himself, had become the friend of some of the most famous literary men of the day. Yet his character never changed from what it had been when he was a boy, and it was not at ali the character that should belong to an upright and respectable author. 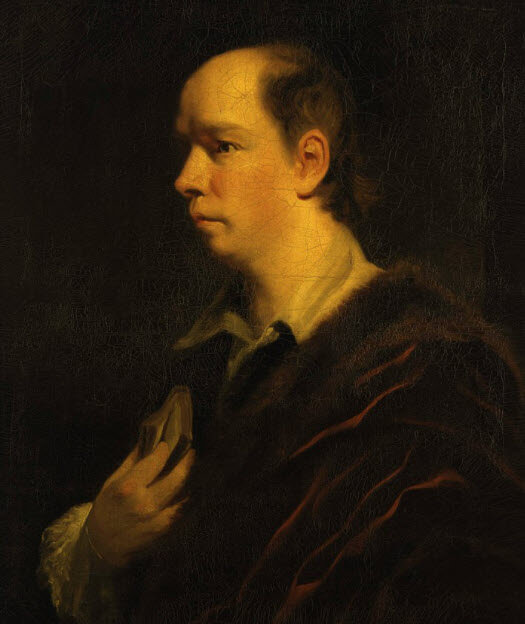 As a boy in Ireland, where his family had been settled for many years, Oliver stole fruit from people’s orchards and at school was thrashed for being lazy. He was unhappy, for his schoolfellows were always making fun of his appearance—he was small, ill-shaped and had scars from smallpox, and he was one of those simple people who always get teased because they believe anything they are told. When he grew up he could never refuse to help anyone who came to him with a tale of want, and he would give away his money and get himself into debt. He was very tactless, too, making ali sorts of blunders in conversation.

When he was 15 he went to Trinity College, Dublin, where he was employed as a sizar, or servant, in return for food and lessons. In spite of his hard life there, Oliver went on playing the fool, neglecting his work, getting into trouble, and losing money by gambling, as he did all his life. However, he became a Bachelor of Arts at last, and began to search for something to do. He tried several professions without success and finally delighted his relations by deciding to emigrate to America. They saw him off to Cork on a good horse with £30 in his pocket, but six weeks later he returned with no money to teli his mother that the ship had left for America while he was busy elsewhere enjoying a party.

More money was found for him to study medicine, first at Edinburgh and then in Holland, but still he did not work and was before long wandering through Europe, singing and playing his flute for money to live on. In 1756 he landed at Dover penniless and friendless. In turn he took up all kinds of shabby and wretched jobs, until at last he turned to writing, working hard at last. 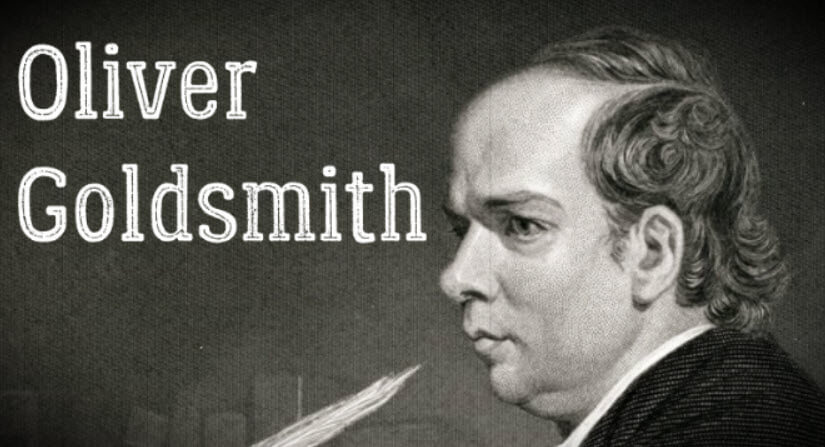 At first he wrote articles for magazines and newspapers, essays and even a history of England. All these were anonymous, but gradually his name became known. He became a friend of the great writer Dr. Samuel Johnson, the painter Sir Joshua Reynolds and other famous public figures. Before long he was publishing books under his own name. In 1766 came The Vicar of Wakefıeld and four years later his best-known poem, The Deserted Village. In 1773 the audience at Covent Garden theatre roared with laughter at the first performance of his play She Stoops to Conquer, which showed the series of ridiculous happenings that began when the heroine dressed up as a serving maid to try to win the man she loved.

Goldsmith was much loved by his friends.Dr Johnson wrote for his memorial in Westminster Abbey a Latin inscription that means “There was nothing he touched that he did not adorn”.