Arnold Schoenberg; (1874-1951), Austrian-American composer, who exerted a revolutionary influence on 20th century music by his abandonment of the traditional tone system for a 12-tone, or 12-note system, known in Europe as dodecaphony. His compositions, often discordant, raucus, and bewildering to the uninitiated, sometimes provoked audiences to storms of protest. At his death, however, few critics, whether sympathetic or hostile, would deny the significance of his contributions as composer, theorist, and teacher. 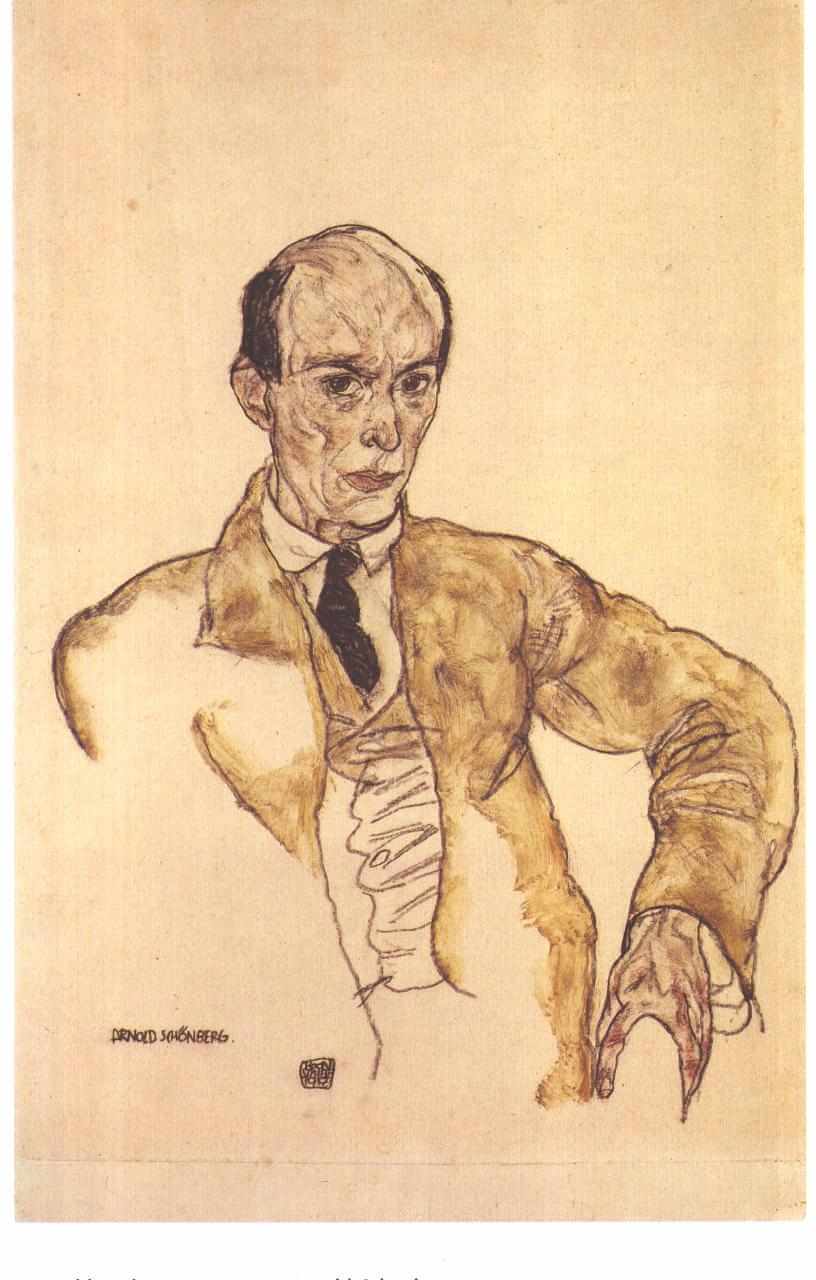 Schoenberg (originally Schönberg) was born in Vienna on Sept. 13, 1874. At the age of eight he began studying the violin. Later, he taught himself the cello and composed chamber music for amateur groups with whom he played. He soon came to the attention of the composer and teacher Alexander von Zemlinsky, who taught him counterpoint and engaged him to play the cello in the Polyhymnia Orchestra. In 1899 he con posed his first important work, the tone poem Verklärte Nacht, a sextet for strings.

In 1901, through the influence of Richard Strauss, Schoenberg obtained a teaching position at the Stern Conservatory in Rerlin. He returned to Vienna in 1903, when he met Gustav Mahler, who arranged to have several of his works performed. Schoenberg’s works were met with hostility in Vienna, and the young composer returned to Berlin in 1911 and taught at the Academy of Art and again at the Stern Conservatory. He conducted his own works in Amsterdam (1911), St. Petersburg (1912), and London (1914), gaining international recognition as well as evoking opposition. After serving in the Austrian Army from 1915 to 1917, he taught in Mödling (near Vienna) and in Amsterdam. He was a professor at the Prussian Academy of Arts in Berlin from 1925 to 1933, when he was dismissed by the Nazi government because he was a Jew.

Schoenberg left Germany and went to the United States in 1933. He taught at the Malkin Conservatory in Boston and at the University of California in Los Angeles. He became an American citizen in 1940. Schoenberg died in Los Angeles on July 13, 1951.

Schoenberg’s early compositions were romantic in character and traditional in form. The most notable of these is the Gurre-Lieder (1911), a song cycle for a gigantic orchestra, chorus, and soloists, which, though Wagnerian in concept, marked a departure by introducing new orchestral effects and using solo instruments in contrast with the full orchestra. 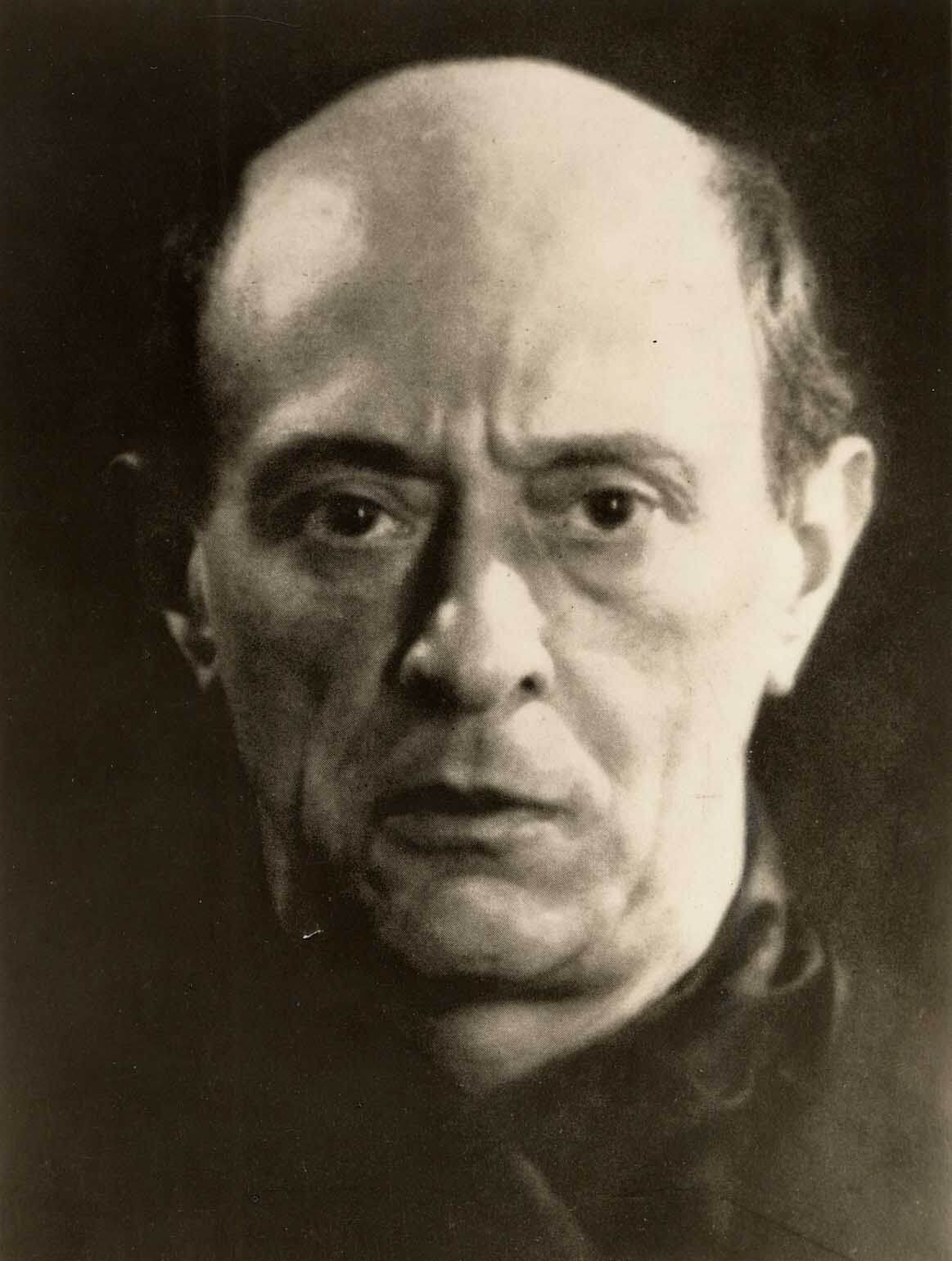 The works that followed approached atonality, and in Pierre Lunaire (1912), a melodrama for recitation and chamber orchestra, Schoenberg developed the technique known as S prechstimme— half singing, half speaking—which was later to be used by many important opera composers. Schoenberg’s early operas Erwartung (1909), a monodrama, and Die gliickliche Hand (1913) are in an expressionistic mode.

Between 1914 and 1924, Schoenberg developed his revolutionary 12-tone system. In this system, a particular ordering of the 12 tones of the chromatic scale is adopted for a given work. This ordering—called a 12-tone set, or row—is then designated as prime, and by means of certain transformations, the entire work is derived from it. The first large-scale 12-tone work was the Quintet for Winds (1924).

The influence of Schoenberg’s music and theory was wide even during his own lifetime. While his most important disciples were Alban Berg and Anton von Webern, few composers of the mid-20th century were unaffected by his work.