Anton Bruckner; (1824-1896), Austrian composer of nine gigantic symphonies, as well as numerous choral compositions. For many years after his death Bruckner was regarded as a highly controversial figure in the world of music and was generally unappreciated outside his native land. In the early 1960’s, however, his symphonies began to appeal to a huge international audience, and many authorities have come to regard him as second only to Beethoven as a symphonist. The reason for this delay in popular acceptance of his work probably stems from the extraordinary length of his symphonies and the difflculty of grasping at first hearing the relationships between their component parts. ,

Bruckner, the eldest of 11 children in the family of a poor schoolteacher, was born on Sept. 4, 1824, in the Upper Austrian hamlet of Ansfelden. He learned to play the violin, piano, and organ at an early age and showed promise as a composer in some organ preludes he had written by the time he was 10. In 1840 he became a choirboy at the Monastery of St. Florian, near Linz, and in 1851 he was appointed organist there. In 1856 he was named to a similar position at the Cathedral of Linz. Two early experiments in the symphonic form, as well as the work known as the First Symphony, date from the Linz period. 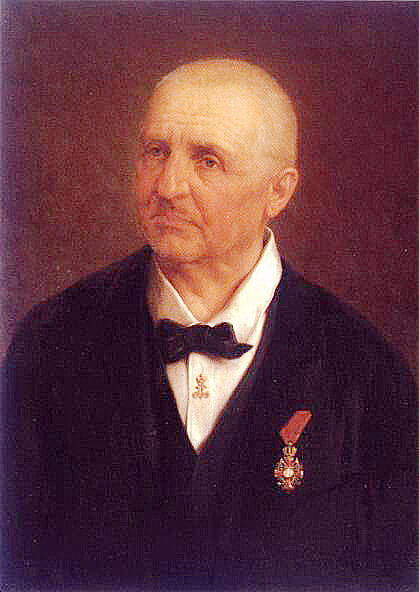 Not until 1868, when he was 44 years old, did Bruckner finally establish himself in Vienna, where he became a professor of harmony, counterpoint, and organ at the Vienna Conservatory. His life in Vienna was uneventful except for his activities as a composer. But his personality caused no end of amusement among the Viennese. He was a big man, obviously of peasant origin, with an aquiline nose, and hair that was clipped so short that he appeared to be bald. He never lost the dialect of his native village, and his naîve sayings were of ten quoted in the cafes. Throughout his life he wore tight jackets and baggy trousers cut by a tailor in St. Florian. He was incredibly absent-minded, and often appeared in public with shoes that didn’t match. He remained celibate ali his life, although he was continually falling in love with young women whom he had merely glimpsed in church or on the street. Exceedingly pious, simple, and other-worldly, Bruckner confined his literary interests to the Bible, and he attended the theater only once or twice in his life, believing it to be dangerously contaminated with sin.

In Vienna, Bruckner became involved in the fierce battle then raging between the adherents of Wagner and those of Brahms. Bruckner was a fervent admirer of Wagner, to whom he dedicated his Third Symphony. (Bruckner’s Seventh Symphony is said to have been inspired by a premonition of Wagner’s death, and it is a îact that Wagner died while Bruckner was composing its noble Adagio.) As a result of the dedication, Eduard Hanslick, a celebrated critic and the leader of the Brahms faction, wrote spitefully about Bruckner’s work, even though, as has been subsequently pointed out, Bruckner’s style of composition was quite unlike Wagner’s.

Bruckner finally became an honored figure in his old age. In 1886 he was awarded the Order of Francis Joseph and granted a stipend from the state. In 1891 he was pensioned by the conservatory, and in 1895, Emperor Francis Joseph granted him an apartment in the Belvedere Palace. After his death, in Vienna on Oct. 11, 1896, Bruckner was buried, according to his wish, beneath the organ at St. Florian. 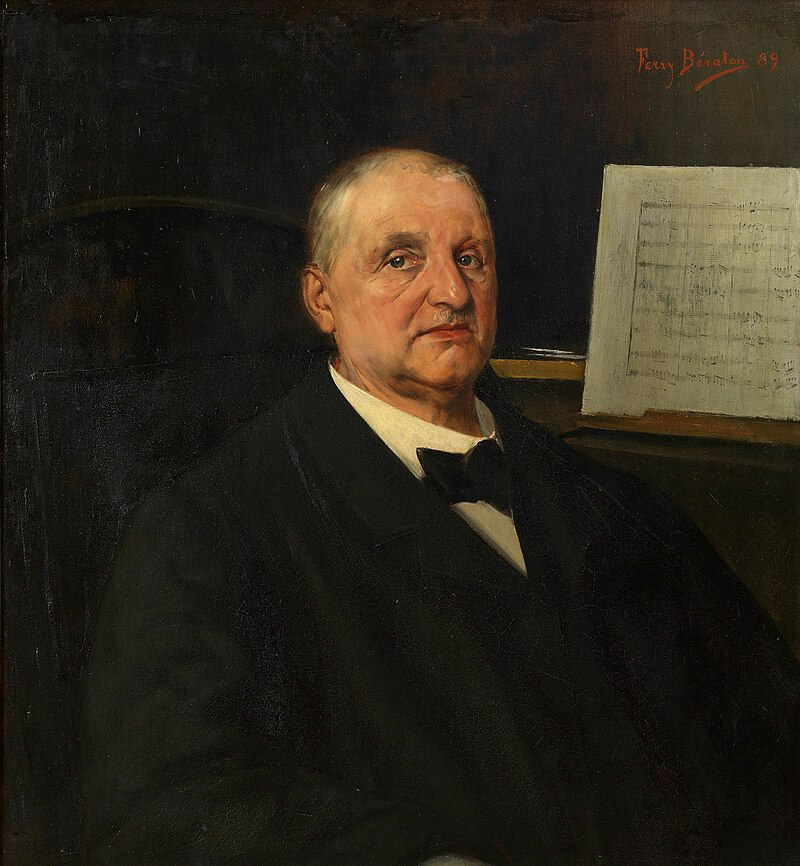 The most obvious influences on Bruckner’s musical style are those of Bach, Haydn, Beethoven, and Schubert. But his symphonies are so highly original that references to such sources are not very meaningful. He created, in fact, an entirely new kind of symphony, arising, in part, from the traditions of his predecessors, but changed in so many respects as to be analyzable only in its own terms. His deep religious convictions are evident in nearly every measure he wrote, and it is probably not inaccurate to describe the symphonies as essentially religious works. The most obvious thing about them is their monumentality, a quality that they have in common with the Baroque architecture among which Bruckner spent his life.

The symphonies all have sonataform first movements, and some of them have sonata-form finales. (As a rule, the stage is set for the first movement by a mysterious tremolo in the strings.) However, Bruckner transformed the sonata form to fit his own apocalyptic conceptions. He replaced the conventional two contrasting themes with three, and his themes were of widely differing character, sometimes consisting of chorale-like chordal progressions, sometimes of predominantly rhythmic patterns, and often of long, singing melodies that modulate in the course of their statement and return to their original key. The themes are often developed immediately after, or in the course of, their first statement. In the development sections of the Bruckner first movements, the themes are more apt to be ornamented and embroidered than changed. Often they are augmented or inverted, and Bruckner was particularly fond of “mirror” inversion, in which the theme appears upside down in one voice and right side up in another. The recapitulation section is sometimes a literal repetition of the exposition, with appropriate key changes, and it is usually followed by a coda.

The adagios in Brackner’s symphonies are generally recognized as being among the finest such movements ever created—those of the Seventh, Eighth, and Ninth symphonies having a special loftiness of character. They are generally based on a simple ABA form. The scherzos usually begin with an insistent, pounding theme of a type reminiscent of Beethoven. In their trios, however, Bruckner nearly always introduces a gentle LMndler (Austrian country waltz), after which the contrasting scherzo proper resumes. Some of the scherzos, as in the Fifth Symphony, are exceedingly complex, with two main trios, three statements of the main theme, and several subsidiary trios appearing as parts of the main theme. The Fifth is also remarkable in that its finale ends with a massive double fugue, something unique in Bruckner’s symphonies.

Bruckner had a special way with climaxes, approaching them usually with a terraced effect of climbing repetitions. Often he used extended passages in unison, and pauses between successive episodes. Bruckner’s orchestration was highly original, especially in the parts of the score allotted to the wind instruments. In his last three symphonies he used the Bayreuth tubas invented by Wagner, but he used them in an individual way. Besides the symphonies, Bruckner composed a vast amount of church music, of which the Masses in D, E Minor, and F Minor and a Te Deum are most often heard. 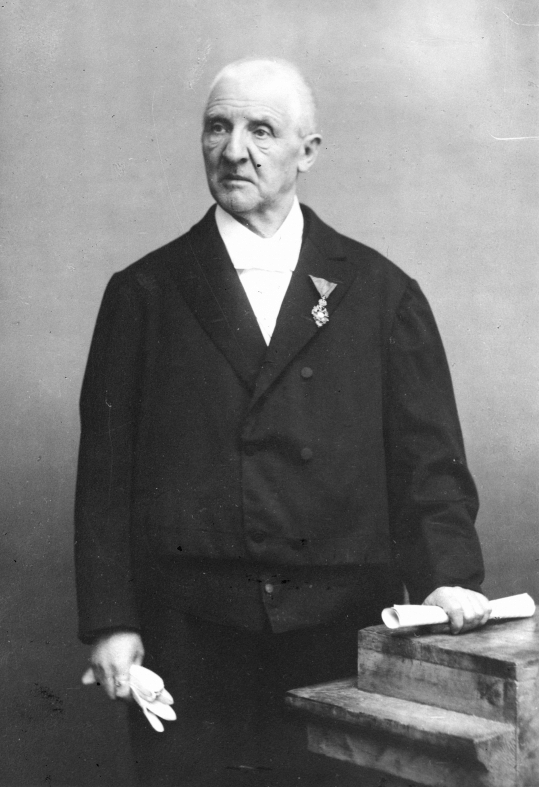 Bruckner had many pupils, including Emile Jaques-Dalcroze, the inventor of eurythmics, Franz and Josef Schalk, and Ferdinand Lowe. The three last-named became famous conductors. Towards the end of Bruckner’s life, the Schalks and Lowe attempted to popularize his symphonies by making alterations in their orchestration, as well as numerous cuts, all with Bruckner’s enthusiastic approval. But in 1932 the Internationale Bruckner Gesellschaft began issuing the symphonies as written, and today most authorities agree that the changes had been merely well-intended meddling.

Of subsequent composers of major stature, only Gustav Mahler may be said to have been influenced by Bruckner, and Mahler was not a pupil, but a disciple and a champion of Bruckner’s music. W”hile Mahler adopted the large proportions and some of the addiction to folk melody that are present in the Bruckner symphonies, he was so different in temperament that the music of the two men is quite unlike in style.