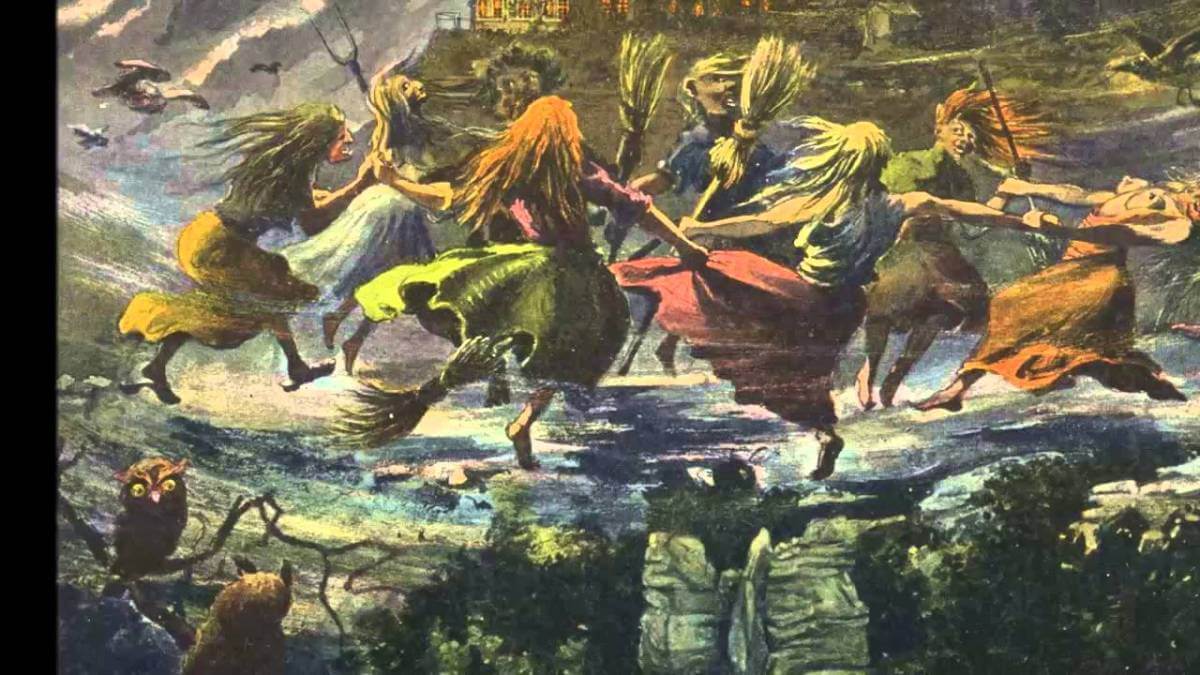 Walpurgis Night; in central Europe, the night before May 1. According to popular belief, the power of witches was at its height at this time, and on the night of April 30 they would assemble at some meeting place such as a crossroads or mountaintop, arriving on broomsticks or with demons to perform their evil rites, indulge in wild dances and orgies, affirm their allegiance to their master the devil (who would be there in person or in the form of a goat or some other animal), initiate new members, and receive their assignments for the coming year. While some authorities hold that the legends about these festivals originated in the meetings of some heretical sects, it is more likely that the ceremonies and rituals were a survival of a pagan fertility cult.

The first of May marked the advent of the growing season, and it was an important day for the German cultivator; many contracts were made, and the labors of the field assumed new activity. It was not surprising,-therefore, that at so important a time the witches and powers of evil should be especially active and that steps must be taken to circumvent them. Fires were lighted to burn out the witches or drive them away, in some places on Walpurgis Night and in others on May Day. 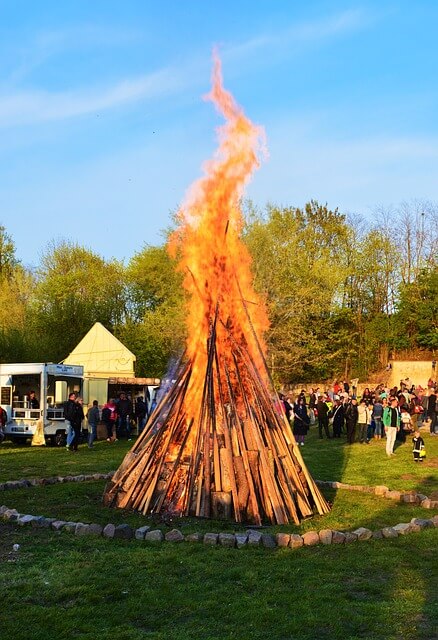 The same custorn prevailed in Celtic regions, where similar fires were lighted on Beltane ( May Day ). There were other times of the year when witches were especially active, and in many ways the beliefs about Halloween in England paralleled those about Walpurgis Night. Witches and evil spirits were again abroad, and had to be dealt with by lighting fires and by other methods. 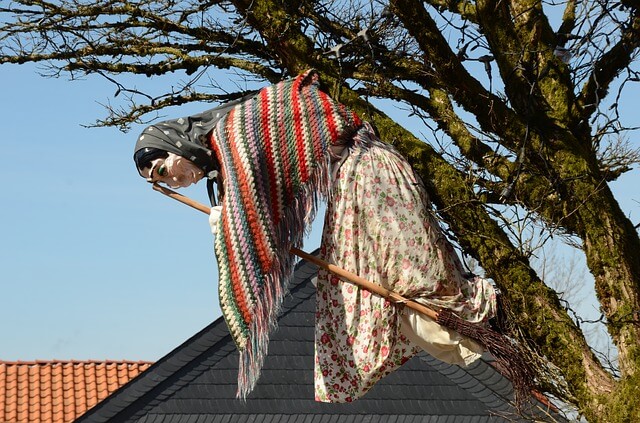 In Part I of Faust, Johann Wolfgang von Goethe presents a vivid picture of the witches’ sabbath held here.