William Ramsay; British chemist: b. Glasgow, Scotland, Oct. 2, 1852; d. High Wycombe, Buckinghamshire, England, July 23, 1916. After studying at the universities of Glasgow (1866-1870), Heidelberg (with Robert Wilhelm Bunsen, 1871), and Tübingen (with Rudolph Fit-tig, 1872), he held a junior post in the chemistry department of the University of Glasgow until 1880, when he was given the chair of chemistry at University College, Bristol, From 1887 until 1912 he was professor of chemistry at University College, London.

Ramsay’s early work showed the relation between the alkaloids and pyridine, which he synthesized from acetylene and prussic acid in 1876. 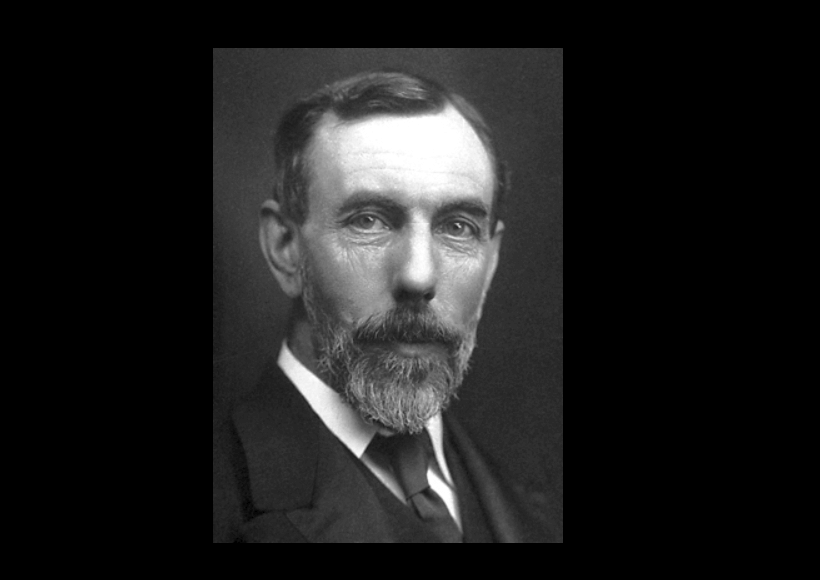 He then turned to inorganic and physical chemistry, studying the critical state, the relation between vapor pressure and temperature, and other properties of liquids. In 1887 he discovered that completely dry hydrochloric acid and ammonia will not combine readily. With John Shields he had verified Eötvös’ law for the constancy of the rate of change of molecular surface energy with temperature when, in 1892, Lord Rayleigh (John William Strutt) drew his attention to the difference in densities between atmospheric nitrogen and that prepared from chemicals. Separating nitrogen and oxygen from air completely, Ramsay found a small quantity (nearly 1 percent) of an unknown gas. In 1894, Ramsay and Rayleigh announced the discovery of this gas, argon, which Henry Cavendish had predicted in 1785, and which accounts for the high density of atmospheric nitrogen.

In 1895, Ramsay discovered new sources of argon, and when heating the mineral cleveite obtained a gas with the same spectrum as the “helium” discovered in the sun’s spectrum by Sir Joseph Norman Lockyer and Sir Edward Frankland in 1868. Ramsay later discovered it in the air as well. From the residue of liquid air, Ramsay and Morris William Travers extracted three more unknown gases: neon, krypton, and xenon. These gases formed a new group of elements, the “rare gases,” in the periodic system of Dmitri Ivanovich Mendeleyev, all chemically inactive and inert. Ramsay’s prediction that argon and helium would prove to be members of a family of at least three more elements was thus proved true in 1898.

As helium was found with radioactive minerals, Ramsay then turned to the study of radioactivity. In 1903 he and Frederick Soddy found that this helium was the disintegration product of radium emanation; this led to acceptance of the fact that heavy atoms can disintegrate into lighter ones and to recognition of the old “transmutation theory” in a modified scientific form. In 1910, Ramsay, with Whytlaw Gray, determined the density and atomic weight of one three-millionth cubic inch of emanation in a small quantity of radium he had obtained. This was the keystone of the discovery of the group of inert gases, for which he was knighted in 1902 and received the Nobel Prize for chemistry in 1904. He was the author of a number of excellent books on chemistry.