What is sun like? The temperature, diameter of sun. Distance between sun and earth, the gases and elements that sun includes.

Though the sun is 93 million miles away, it is our main source of heat, light, and most other forms of energy. Without the sun, there would be no green plants. And without green plants, there would be no food for living things. So the sun really keeps you and all other living things alive. It is a star around which the earth and other planets are constantly moving. The sun and all the heavenly bodies that revolve around it are called the solar system.

Because the sun is the nearest of all the stars, it appears larger and brighter than the others. Actually, the sun is only a medium-sized star.Yet its diameter is 864,000 miles, or over 100 times greater than the diameter of the earth. If the sun were hollow, there would be room enough inside for more than a million earths. The sun is very much hotter than anything that you can imagine. At the surface its temperature is about 10,000° F. But scientists have figured that near the center its temperature must be about 27,000,000° F. At either of these temperatures, materials cannot exist as solids or liquids. So the sun is a huge ball of extremely hot, glowing gases. These gases include large amounts of hydrogen, smaller amounts of helium, and much smaller amounts of oxygen, nitrogen, carbon, neon, and various other elements. 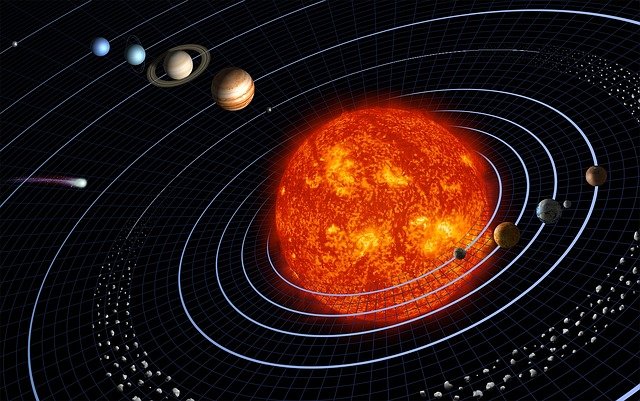 For many years, scientists have been puzzled about how the sun can keep on giving out enormous amounts of energy. It was once thought that the sun was burning. But if this were true, the sun would have burned itself out long ago. Scientists are now quite sure that the heat and light of the sun are produced by releasing atomic energy from certain elements such as hydrogen and carbon. Most of the sun’s energy seems to be produced when hydrogen changes into helium. Scientists think that this process of releasing atomic energy has been going on for several billion years. They believe that it will probably go on for another ten billion years or perhaps even longer.

Photographs taken through powerful telescopes have shown many interesting things that are happening on the sun. For one thing, great swirling masses appear on its surface. As seen from the earth, these swirling masses have the appearance that storms in the earth’s atmosphere might have if seen from the sun. Astronomers call these swirling masses sunspots, because through a telescope they look like dark spots on the sun’s surface. But they are really streamers of gas rising and spreading out from the sun. They look dark becajıse they are cooler.

Sunspots vary greatly in size. The largest seen so far had an area of 5 billion square miles. Its diameter was about 50,000 miles. Others are no more than 500 miles in diameter. Though their cause has not yet been discovered, they are known to increase and decrease in number about every eleven years. One reason why scientists are interested in learning more about sunspots is that they seem to affect communication by radio and telegraph. They also seem to keep the needles of magnetic compasses from working properly. Some scientists think that sunspots may even have an effect on our weather.

The Sun (or Sol) is the star at the center of our solar system and is responsible for the climate and climate of the Earth. The Sun is an almost perfect sphere with a difference of only 10 km in diameter between the poles and the equator. The average radius of the Sun is 695,508 km (109.2 x that of Earth), of which 20-25% is the nucleus. 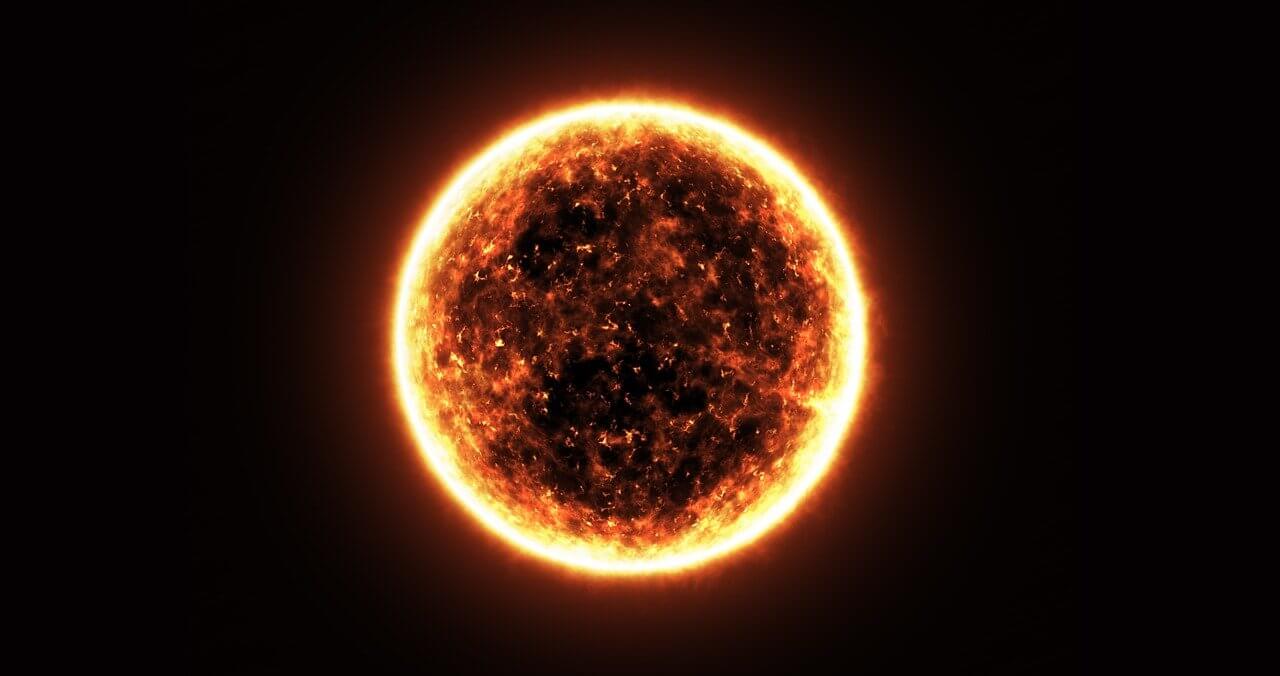 A million Earths could fit inside the Sun.
If a hollow Sun were filled with spherical Earths, about 960,000 would enter. On the other hand, if these Lands were crushed inside without lost space, about 1,300,000 would fit inside. The surface of the Sun is 11,990 times that of Earth.

The Sun contains 99.86% of the mass in the Solar System.
The mass of the Sun is approximately 330,000 times greater than that of Earth. It is almost three quarters of hydrogen, while most of the remaining mass is helium.

The Sun is an almost perfect sphere.
There is only a difference of 10 kilometers in its polar diameter compared to its equatorial diameter. Taking into account the great extent of the Sun, this means that it is the closest thing to a perfect sphere that has been observed in nature. 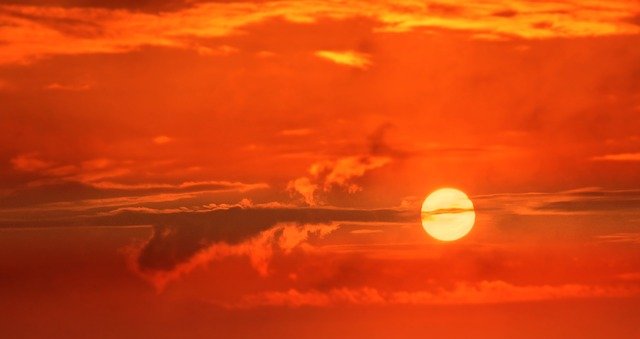 The temperature inside the Sun can reach 15 million degrees Celsius.
In the Sun’s core, energy is generated by nuclear fusion, as Hydrogen becomes Helium. Because hot objects generally expand, the Sun would explode like a giant bomb if it were not for its enormous gravitational force. The temperature on the surface of the Sun is closer to 5,600 degrees Celsius.

Eventually, the Sun will consume the Earth.
When all hydrogen has been burned, the Sun will continue for about 130 million more years, burning Helium, during which time it will expand to the point where it will engulf Mercury, Venus and Earth. In this stage it will have become a red giant

The Sun will one day be the size of Earth.
After its giant red phase, the Sun will collapse, retaining its enormous mass, but containing the approximate volume of our planet. When this happens, it will be called white dwarf.

Sunlight takes eight minutes to reach Earth.
With an average distance of 150 million kilometers from Earth and with a light traveling at 300,000 kilometers per second, dividing one by the other gives us an approximate time of 500 seconds, or eight minutes and 20 seconds. Although this energy reaches Earth in a few minutes, it will have taken millions of years to travel from the Sun’s core to its surface.

The Sun travels at 220 kilometers per second.
The Sun is 24,000-26,000 light years from the galactic center and the Sun takes 225-250 million years to complete an orbit of the center of the Milky Way.

The sun is middle age.
With around 4.5 billion years, the Sun has already consumed approximately half of its Hydrogen reserve. It has enough to continue burning hydrogen for approximately another 5 billion years. The Sun is currently a type of star known as Yellow Dwarf

The Sun has a very strong magnetic field.
Solar flares occur when magnetic energy is released by the Sun during magnetic storms, which we see as sunspots. In sunspots, the magnetic lines twist and twist, as a tornado would on Earth.

The sun generates solar wind.
This is a stream of charged particles that travel through the Solar System at approximately 450 kilometers per second. The solar wind occurs where the Sun’s magnetic field extends into space instead of following its surface.