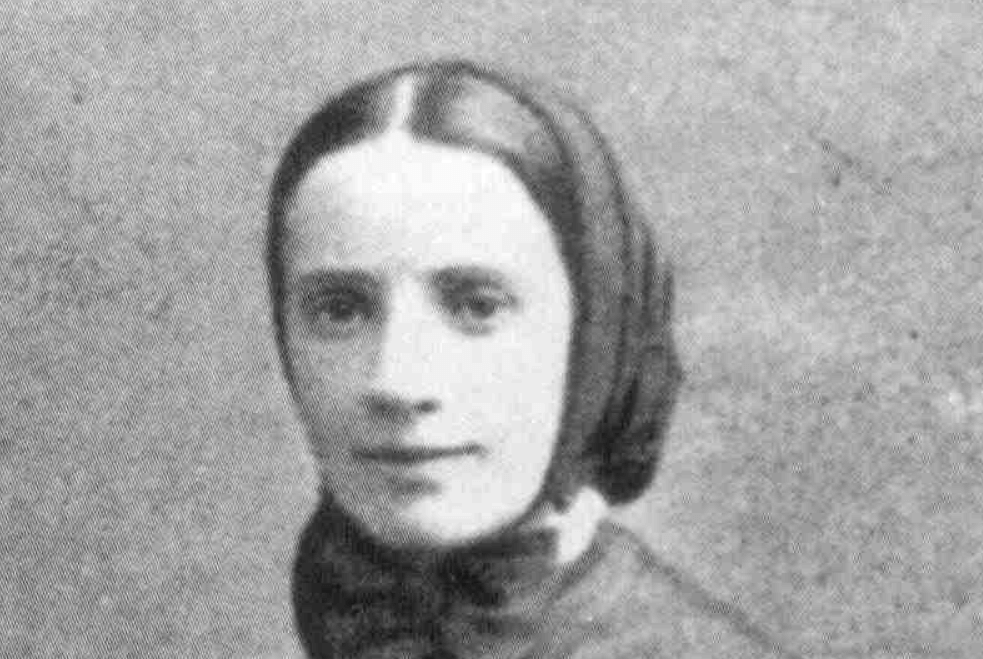 Frances Xavier Cabrini; (1850-1917), Italian-American religious foundress. Born at Sant’Angelo, near Lodi (Milano), Italy, on July 15, 1850, Frances (Francesca) was the youngest of 13 children of Agostino and Stella (Oldini) Cabrini. Agostino Depretis, Italian prime minister (1876-1879, 1881-1887), was her paternal cousin. After studying (1863-1868) at the school run by the Daughters of the Sacred Heart in nearby Arluno, she obtained a teacher’s certificate and applied for admission to the Daughters. Because of her frail health, however, the Daughters refused her as did the Canossians in 1872. Frances engaged in domestic chores until 1872, when she began teaching at the public school in neighboring Vidardo.

On the recommendation of her spiritual adviser, Monsignor Antonio Serrati, she accepted employment in a small orphanage, the House of Providence, in Codogno in 1874. In 1877 she took religious vows and became directress of the institution. Due to the hopeless mismanagement of the orphanage by its eccentric benefactress, Antonia Tondini, Bishop Gelmini of Lodi finally closed it in 1880. Frances, heeding Bishop Gelmini’s advice, gathered around her seven sisters and founded the Missionary Sisters of the Sacred Heart (M. S. C.) on November 14, 1880. She continued as superior general of the order until her death. Mother Cabrini, as she came to be called, composed the rules and constitution of the order which Rome approved definitively in 1907.

Urged by Bishop Scalabrini of Piacenza and Pope Leo XIII, she directed her apostolate toward the Italian immigrants in the Americas rather than to the non-Christians of China, as she had originally planned. She arrived in New York City on March 31, 1889 with six sisters. Eventually she established orphanages, nurseries, hospitals, and schools throughout the United States and opened houses in France, England, Nicaragua, Argentina, and Brazil. These 67 foundations of over 1,500 sisters primarily, but not exclusively, aided Italian immigrants. She died in Chicago, 111., on Dec. 22, 1917. The “saint of the immigrants,” as she is called, was the first American citizen to be canonized (1946). Her feast is November 13.