What are the functions of human ear? Information about the balance and orientation function of ear. 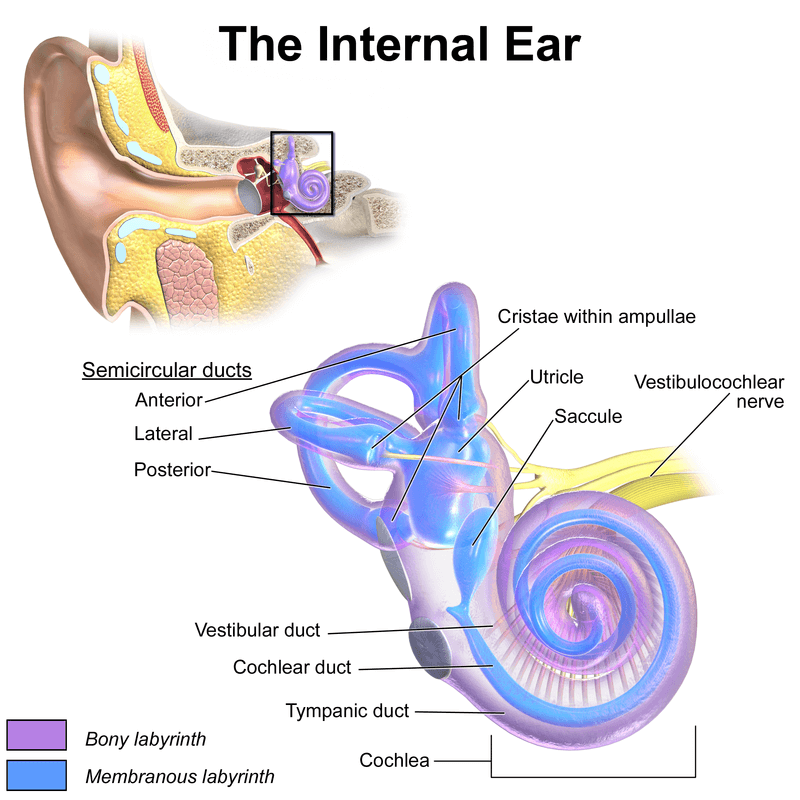 The structures concerned with equilibrium, or the static sense, are the three semicircular canals and the two small sacs in the vestibule— the utricle and the saccule. These structures provide information concerning the orientation of the head, enabling man to maintain his equilibrium.

The three semicircular canals are roughly at right angles to -one another, two standing vertically and one lying horizontally. Each semicircular duct has an enlargement, or ampulla, which houses the sensory hair cells. The hairs of the hair cells project into a gelatinous mass, called the cupula. When the head is turned from side to side, the horizontal lateral canal rotates, but its endolymphatic fluid lags behind, and the hairs of the hair cells are bent by being driven through the relatively stationary fluid. In a similar manner, the vertical anterior and posterior canals respond to movements of the head in the other planes. As in the cochlea of the ear, the bending of the hairs stimulates the transmission of nerve impulses to the brain. The hair cells may also be stimulated by irrigating the ear canal with warm or cold water, as well as by movement of the head. Thus, under such temperature stimulation a person has the sensation of moving or turning even though he is standing still.

In both the utricle and the saccule, the sensory receptor is called a macula. It is an oval thickening of the vestibule wall, with the sensitive hair cells on its surface and nerve fibers extending from the bases of the hair cells. The hair cells protrude into a thin gelatinous pad that contains lime crystals called otoliths. The plane of the macula in the utricle is like that of the horizontal semicircular canal, while that of the macula of the saccule is at right angles to it. When the head is tilted, the force of gravity causes the lime crystals to come into contact with the hair cells, which then initiate nerve impulses to the brain. Acceleration causes a similar response.