What are the types of rocks? How are they formed, information about the formation of rocks, that the rocks are made of.

Wherever you live, the land near your home is either soil or rock. Underneath soil, you will always find rock if you dig down far enough. This rock that lies under ali the soil is bedrock. Geologists tell us that the solid part of the earth’s surface everywhere was once rock of some kind. Perhaps you have seen large formations of rock in the mountains. Or you may have noticed smaller rocks in fields, along the roadside, or even in your own yard. And, of course, you know that the stones in buildings were dug out of the earth. But have you ever wondered how rocks are formed? 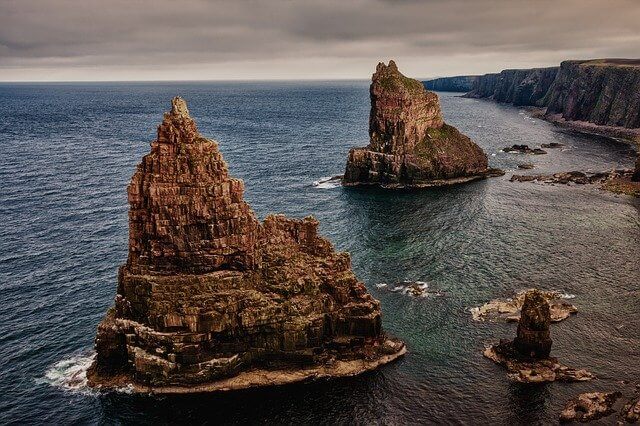 All the different kinds of rock may be classified into three main groups. The rocks in one group are called sedimentary rocks, because they are formed from sediment that settles to the bottom of water. One kind of sedimentary rock is sandstone. It is formed from tiny bits of sand pressed together so hard that they make stone. Sand is carried by rivers to the ocean where it settles from the water and sinks to the bottom. After this has gone on for thousands or millions of years, there are many layers of sand. The top layers of sand and the water above press with such great force that they make sandstone.

Another kind of sedimentary rock is limestone, which is usually light gray in color. Limestone is usually formed at the bottom of water where there are shells and skeletons of animals. Sea animals take dissolved calcium compounds from the water to make their shells and skeletons. When the animals die, their bodies sink to the bottom of the water. The soft parts decay, but the skeletons and shells remain. More and more materials of the same kind settle on top, and the pressure becomes greater and greater. Finally, after thousands of years the whole mass of shells and skeletons is changed into a layer of rock. Limestone is usually a great reservoir of carbon dioxide and lime. It is used for making lime, cement, and steel.

Shale is still another kind of sedimentary rock. It is made of clay that has been carried into water, where it settles to the bottom. Like sandstone and limestone, shale is formed after many years of great pressure. Other sedimentary rocks are made from gravel, sand, and clay deposited by water or wind. The land where these materials have been deposited sinks and is covered with water. More materials are washed down by water, and crystals are formed from dissolved minerals. Gradually, pressure forces the materials tightly together and changes them into solid rock. One kind of sedimentary rock, called conglomerate, is formed from gravel that has been pressed and cemented with minerals.

Most sedimentary rocks are easy to recognize because they are made up of materials that were once part of stili older rock formations. And because they are found in layers, or strata, they are sometimes called stratified rocks. The remains of animals and plants, called fossils, are often found in sedimentary rocks. Scientists use these fossil remains to trace the history of the earth. Dead animals and plants settled to the bottom of the sea where limestone was forming. Or they were buried in the clay or sand that later became shale or sandstone. The soft parts decayed, but the hard parts remained or were changed to stone. That is why they are found in rocks today. Sometimes scientists even find the tracks of prehistoric reptiles preserved in rocks. 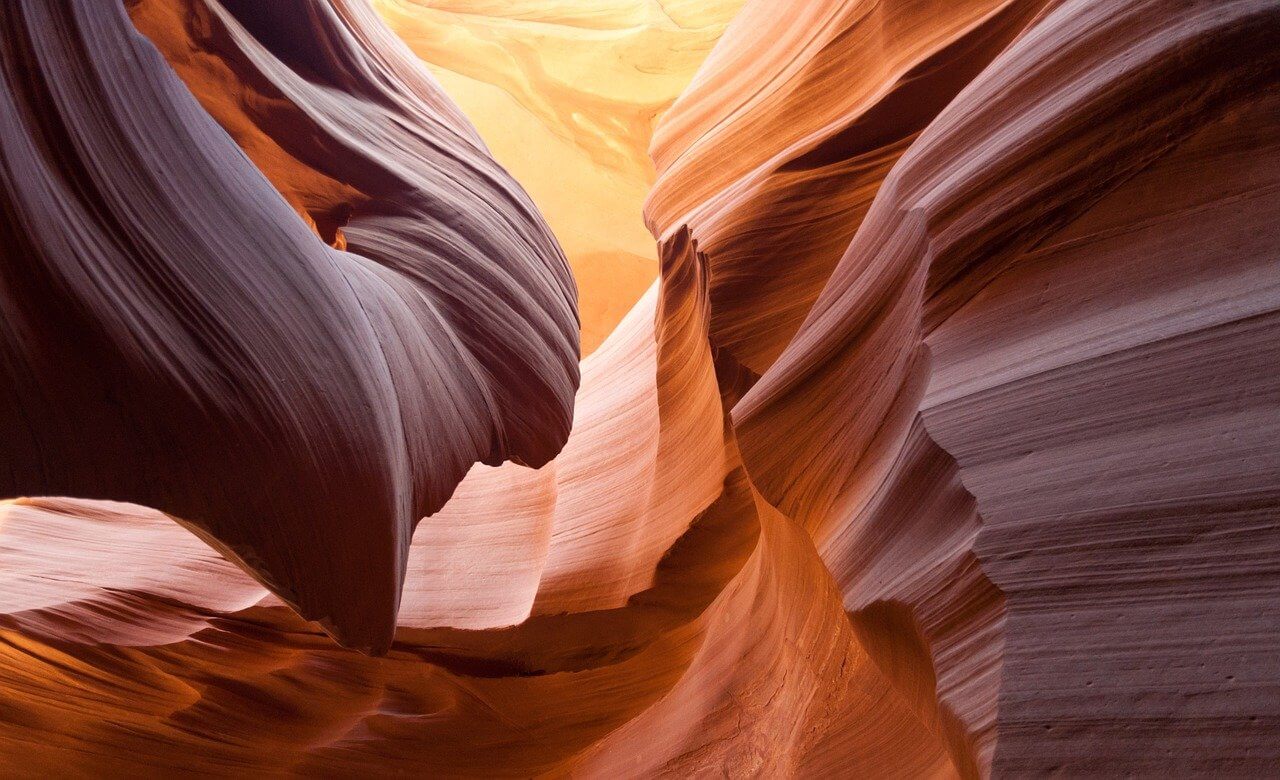 In many places on the earth, the wearing away of its surface, which we call erosion, has uncovered other masses of rock. These are not in layers nor formed from sediment but are made entirely of crystals. Sedimentary rocks next to them show the effects of great heat. So geologists are quite sure that the rocks made of crystals were melted and then hardened. These rocks belong in a group called igneous rocks, which means fire-formed rocks. Basalt is a dark-colored igneous rock from which other kinds are formed. In some way, masses of rock melt deep in the earth. Then the melted rock begins to work its way up toward the surface. But sometimes it never reaches the surface. Instead, it pushes its way in between other rocks, where it cools and hardens. As it cools, crystals of different kinds of materials are formed.

One of the commonest kinds of igneous rock is granite. Granite is very hard and can be polished until the surface is smooth and shiny. Because different minerals crystallize in granite, it is found in shades of red, green, gray, or blue. One mineral, mica, may be dark or clear and usually glistens. It is soft and flaky and can be scratched with the point of a knife. Quartz, another mineral, looks like dull glass but is too hard to scratch with a knife. The third kind of mineral found in granite is called feldspar. It is duller and less transparent than quartz or mica. 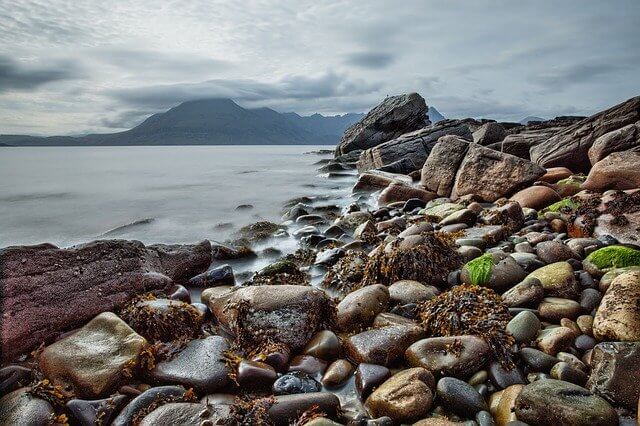