Gases tend to expand or contract due to heat when they are not blocked by external pressure (for example, not sealed in a jar) Gases contract when the temperature drops; when they are heated, their molecules are charged with energy and spread around. The gas expands.

When gases are manipulated to expand too quickly, explosive potential energy is released. This is the principle behind applications such as fireworks, weapons, and even the combustion engine of cars. In some solar technologies, the helium or hydrogen in the tubes opened into the piston cylinders is heated by the Sun. As the gas expands, it activates the cylinders. Thunder is an example of the rapid expansion of gases in nature. Lightning heats the air, the heated air explodes in the colder air at a speed higher than the speed of sound and thunder occurs. 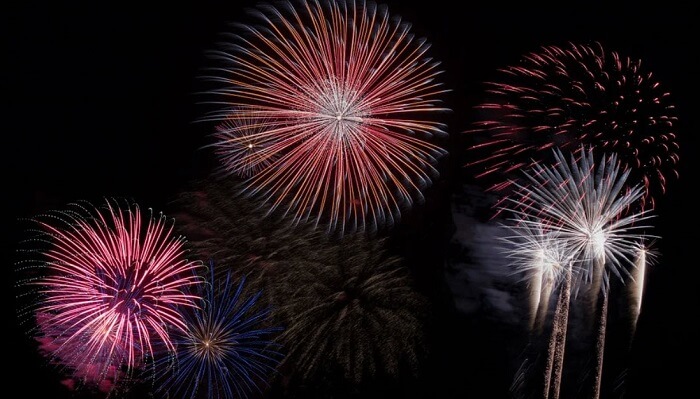 Fireworks displays are explosions designed for maximum visual impact. But before the cries of admiration begin to rise, the first challenge is to launch a packet of reactive chemical into the sky. Launching is usually done with normal gunpowder fired by a fuse. The shell shoots up until the explosive core in the center of the cartridge burns up. As the chemicals in the explosive core detonate tiny packets of chemicals selected to create the color, twinkling stars are scattered in all directions. The chemicals that react are metallic salts: Lithium and strontium turn red barium nitrates are used for green, copper compounds come out blue coal and steel produce a bright golden color; titanium becomes white. Chemicals undergo a rapid and violent reaction. Molecular bonds of solid chemicals are broken. They release hot and dense gases emitted by a sudden burst of light, transforming energy into sound, motion and colored lights. 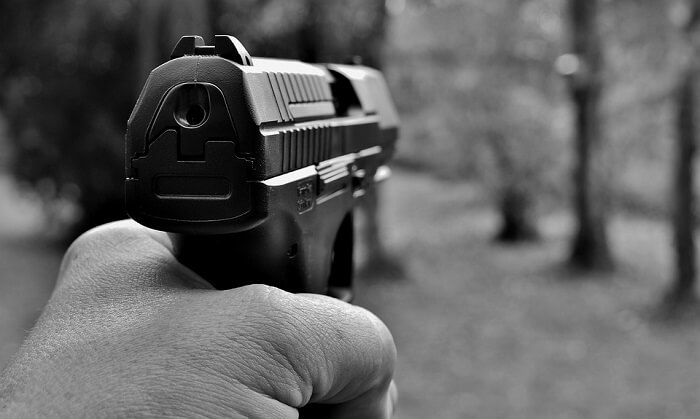 When you shoot a gun, you harness the power of hot and expanding gases. In every firearm, a propellant (eg, gunpowder, invented by the Chinese as early as the 9th century) is placed behind the bullet in a closed cavity of the barrel. The fired gunpowder molecules create superheated gases that will explode towards the bullet and eject the bullet from the barrel of the gun with great force and speed. Old firearms such as cannons and rifles were loaded with gunpowder and bullets, or by placing them separately from the barrel. In most modern weapons, a cartridge is placed in the chamber located at the back of the barrel. This cartridge contains the bullet and powder, as well as the capsule that explodes when struck by a hammer released by the trigger. Technology has been renewed over hundreds of years, but the working principle of the gun is the same.

The four-stroke internal combustion engine seen in today’s cars and trucks; The product of detailed studies in fluid mechanics. Its most important element is the piston inside the cylinder. Each movement of the piston performs a different task. First, the downward movement creates a partial vacuum and absorbs the evaporated fuel mixed with the air. Then the upward movement compresses this mixture with pressure and creates a spark plug at the top that detonates the gases. it runs. In this movement, called power stroke, hot gases expand and push the piston down and power is transferred to the crankshaft. An exhaust flap opens and the piston rises again, expelling the burnt air and fuel mixture.

POWER MOVEMENT. The evaporated fuel explodes and burns in the cylinders of the four-stroke internal combustion engine. The downward movement opens the intake valve, the upward movement compresses the air and fuel mixture; The spark plug then ignites the fuel and then the gases are expelled from the exhaust valve.

The third time sends the fuel mixture into the cylinder and the fourth time compresses the burning mixture to restart the cycle.

This cycle is also called the Otto Cycle, after the inventor Nikolaus Otto, who built the first four-stroke internal combustion engine to work in 1876.