Gerrit Smith; (1797-1874), American abolitionist, reformer, and philanthropist. A founder of the Liberty party, he twice dedined its nomination for president of the United States. Smith was born in Utica, N. Y., on March 6, 1797, and graduated from Hamilton College in 1818. He subsequently devoted himself to the management of his vast estate in central and northern New York. Extremely successful in business, he was known to many simply for his great wealth and generous use of it. During his lifetime he gave away more than $8 million, including thousands of deeds for large land parcels to poor farmers, black and white. To the abolitionist movement, he devoted himseIf as well as his money.

At first interested in colonizing the blacks, Smith abandoned that effort in 1835 and advocated political bolitionism. A leading member of the American Anti-Slavery Society, he sought, by correspondence, speeches, and financial support, to develop a public opinion for abolition. He assisted in the operation of the Underground Railway and fumished money to John Brown, though he was not implicated in the Harpers Ferry raid. 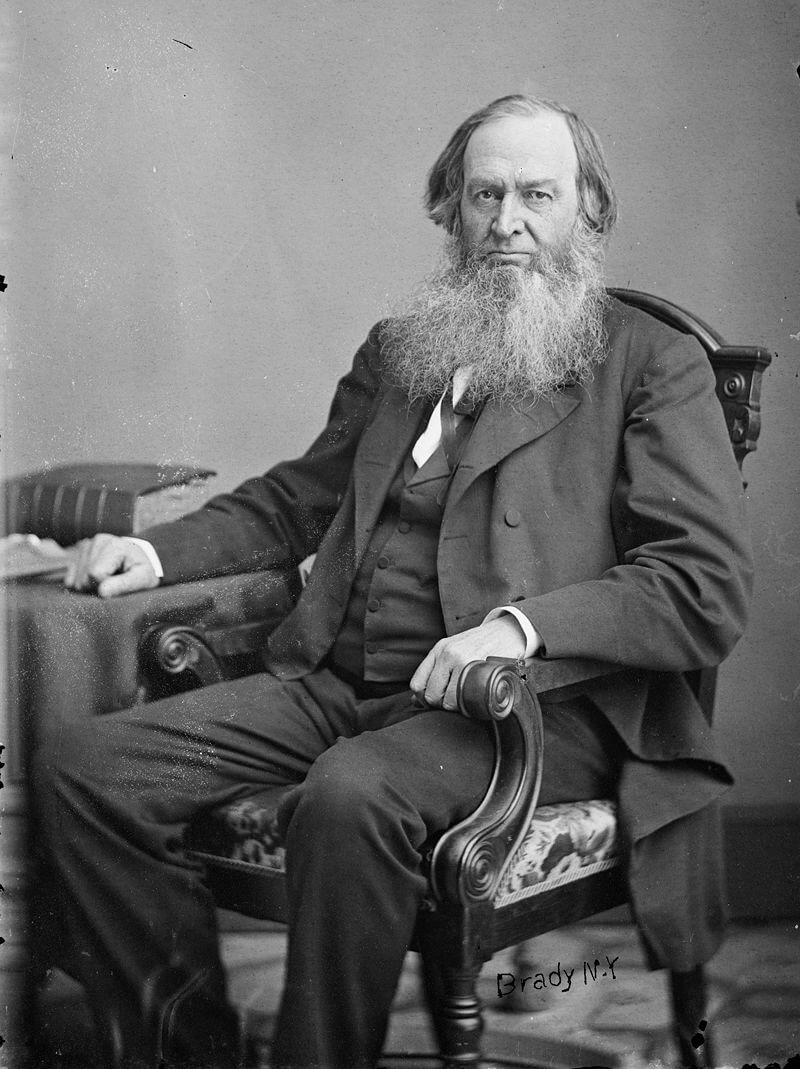 In politics Smith followed his reform views and had no interest in party maneuvering. Politicians generally considered him a visionary. Convinced that the principal parties were not fitted to deal with slavery, he was a prime mover in creating the Liberty party in New York in 1840 and was its candidate for governor that year. Never strong, the party was largely absorbed by newer reform parties by the 1850′ s.

Serving in the U. S. House of Representatives in 1853 and 1854 as an independent, Smith resigned after one session, having made several decisive speeches, one an attack on the Kansas-Nebraska bill. In 1858 he again ran for governor, this time on the Anti-Slavery ticket.

During the Civil War, Smith vigorously supporred the government. After the war, however, holding that the North was not blameless in the matter of slavery, he counseled moderation toward the South. Subsequently, Smith was active in many movements. He built a church for nonsectarian worship at Peterboro, N. Y., and frequently preached there. He died in New York City on Dec. 28, 1874.