What is the difference between gram positive and gram negative bacterias?

The Danish scientist Hans Christian Gram designed a method that allowed him to differentiate two types of bacteria based on their cell walls (gram-positive bacteria and gram-negative bacteria). Due to their structural differences, these two types of bacteria do not respond in the same way to antibodies, for this reason, it is important that we know the difference between one and the other; so that we can better understand what utility each type may have or what it might cause.

If you have doubts about what is the difference between gram-negative and gram-positive bacteria, continue reading, because we explain below. 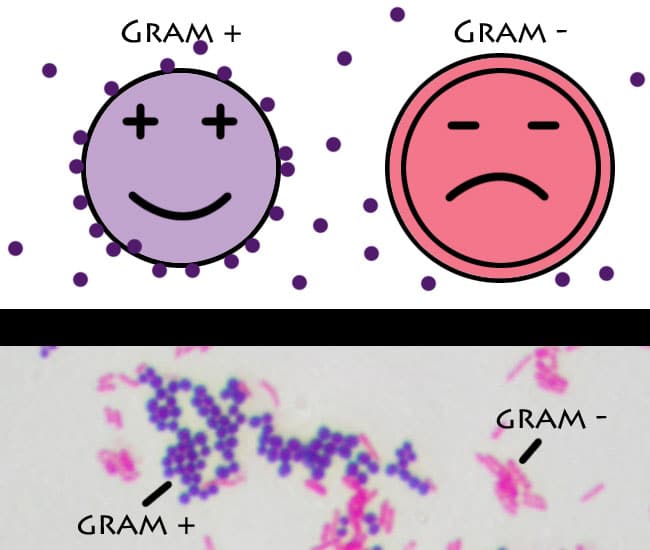 They are those that are characterized by maintaining a violet or blue tint once they are applied to the stain or Gram stain test. This is due to the structure of your cell wall. Gram-positive cells do not have an outer cell membrane, instead they contain a large amount of peptidoglycan; same that is responsible for that the violet coloration is maintained.

Many gram-positive bacteria are non-pathogenic, that is, they do not cause diseases; they are even part of the human commensal microbiomes that are found in the mouth, skin, intestine and respiratory tract. They are also a necessary ingredient in the production of some foods; as is the case with Swiss cheese.

On the other hand, when the aforementioned test is applied, the gram-negative bacteria acquire a red or pink coloration. Unlike gram-positive ones, they do have an outer cell membrane.

Between 90-95% of gram-negative bacteria are pathogenic for humans, in addition, they are generally more resistant to antibiotics or develop resistance to them more quickly than gram-positive ones.

Finally, not all bacteria can be classified by the Gram test.