Who was Nelson Mandela? The life of Nelson Mandela, an abolitionist civil rights activist and leader who marked the last period of human history. 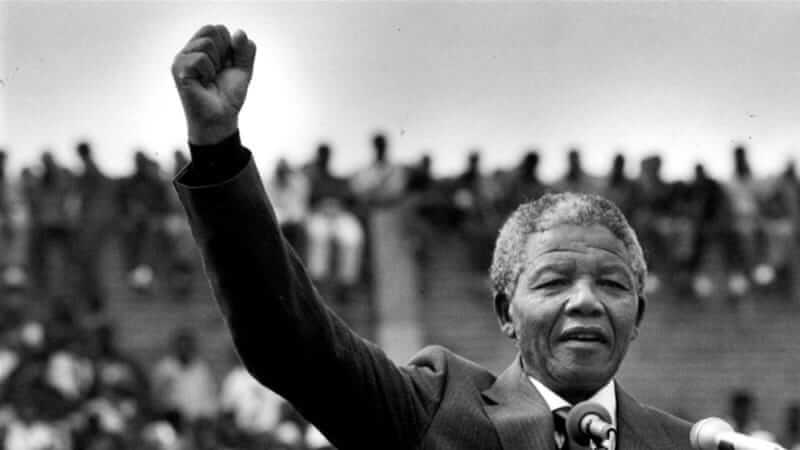 Nelson Mandela (1918-2013) was President of South Africa. He was the leader of the movement against apartheid-legislation that segregated blacks in the country. Sentenced to life imprisonment in 1964, he was released in 1990 after great international pressure. He received the “Nobel Peace Prize” in December 1993 for his fight against the racial segregation regime.

Nelson Mandela was born in Mvezo, South Africa, on July 18, 1918. Son in a family of tribal nobility, of the Xhosa ethnic group, he received the name Rolihiahia Dalibhunga Mandela.

In 1925, he entered elementary school, when his teacher called him Nelson, in honor of Admiral Nelson, following a custom of giving English names to all the children who attended the school.

At the age of nine, after the death of his father, Mandela was taken to the royal village where he was taken care of by the regent of the Tambu people.

Upon finishing his elementary education, Mandela entered the preparatory school, Clarkebury Boarding Institute, an exclusive college for blacks, where he studied Western culture. He then joined Healdtown College, where he was an intern.

In 1939, Mandela entered the law school at the University of Fort Hare, the first university in South Africa to teach courses to blacks.

Because he was involved in protests, along with the student movement, against the lack of racial democracy in the institution, he was forced to abandon the course. He moved to Johannesburg, where he encountered the regime of terror imposed on the black majority.

In 1944, together with Walter Sisulo and Oliver Tambo, Mandela founded the “Young League of the African National Congress (ANC)”, which became the main instrument of black political representation.

Among the legacies left by European settlers in Africa, the most brutal was the racism of South Africa. Supported by the ideas of white racial superiority, European men instituted laws that supported the “apartheid” (separation) regime, which was installed in 1948 by the National Party.

The regime prohibited interracial marriage, required the registration of race on the certificate, whites and blacks lived in separate areas in schools, hospitals, squares, etc., where they were established in different places for the two races.

Racial segregation, the lack of political and civil rights and the confinement of blacks in regions determined by the white government caused a series of massacres and deaths of the black population.

Many men and women in the black South African community have dedicated their lives to this great cause: the end of apartheid. Nelson Mandela was one of the most notable leaders of the black movement in South Africa. 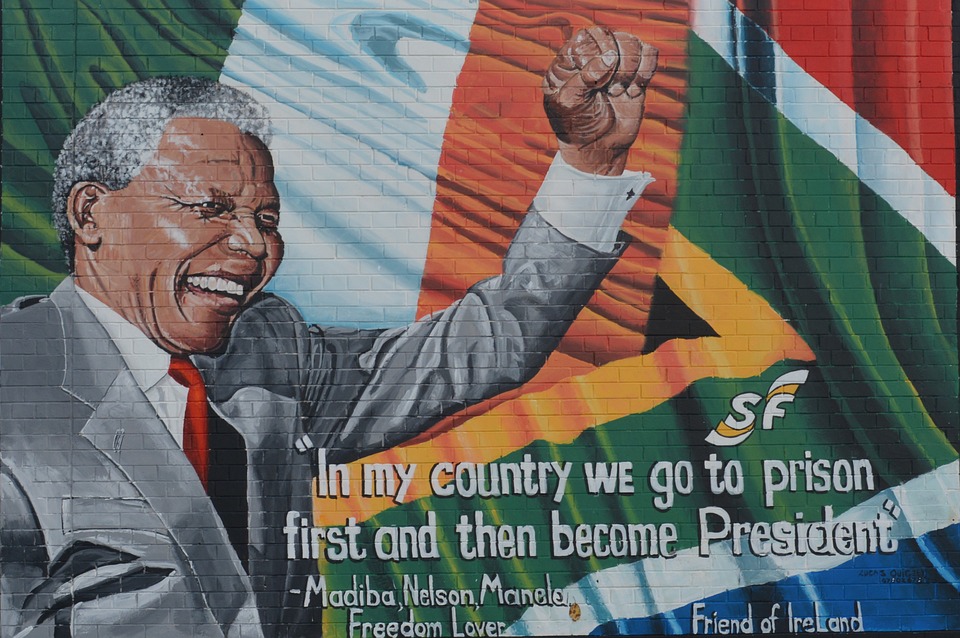 In 1956, Mandela was arrested for the first time, accused of conspiracy. In 1960, many black leaders were persecuted, imprisoned, tortured, murdered or convicted. Among them was Mandela, who in 1964 was sentenced to life in prison. He spent 27 years in prison on Robben Island.

In the 1980s, international condemnation of apartheid intensified, culminating in a plebiscite that ended with the approval of the end of the regime. On February 11, 1990, after 26 years, South African President Frederik de Klerk freed Mandela.

Upon leaving prison, Mandela makes a speech calling the country to reconciliation:

“I fought white domination and I fought black domination. I have cherished the ideal of a democratic and free society, in which all people can live together in harmony and with equal opportunities. It is an ideal that I hope to live by and that I hope to achieve. But if need be, it is an ideal for which I am ready to die.”

In 1993, Nelson Mandela and the president sign a new South African Constitution, ending more than 300 years of white minority political domination, preparing South Africa for a regime of multiracial democracy. That same year, they received the Nobel Peace Prize for their struggle for civil and human rights in the country.

After lengthy negotiations, Mandela managed to hold multiracial elections in April 1994. His party emerged victorious, and Mandela was elected the first democratic president of South Africa.

Finally, his government won a majority in parliament and ended the long period of oppression by passing important laws in favor of blacks. In 1995, his government established the Truth and Reconciliation Commission to analyze human rights violations committed during apartheid.

The episodes of violence committed by apartheid agents were clarified with the aim of exposing the pain caused and seeking reparation without revenge.

Mandela, who ruled until 1999, armed the population with the feeling of national conciliation until he elected his successor. In 2006, he was awarded by Amnesty International for his struggle for human rights.

In 1998, he married Graça Machel. In 1999, when he left the presidency, Mandela moved in with Graça in his small village of Qunu, where he created a foundation in defense of human rights.

Nelson Mandela died in Johannesburg, South Africa, on December 5, 2013. His burial took place on Sunday 15, in Qunu – the place where he spent his childhood.