Twenty Thousand Leagues Under the Sea

Jules Verne’s book “20000 Leagues Under the Sea” consists of twenty-nine chapters. Each of the chapters, all shorter than the other, is narrated by the main character of the book, Professor Aronnaks. Although the book is very suitable for illustration in terms of its content, there are no pictures in the book. Although this feature of the book is positive in terms of supporting children’s imagination, it seems to be negative in terms of attracting children’s attention. But the fact that there are plenty of descriptions in the book and that these descriptions are very successful makes this feature of the book unimportant. The book mentions important oceans, seas, straits and continents such as the Red Sea, the Pacific Ocean and the Pacific Ocean. Although the book seems to be suitable for middle school children in general, it appeals to all readers from seven to seventy. 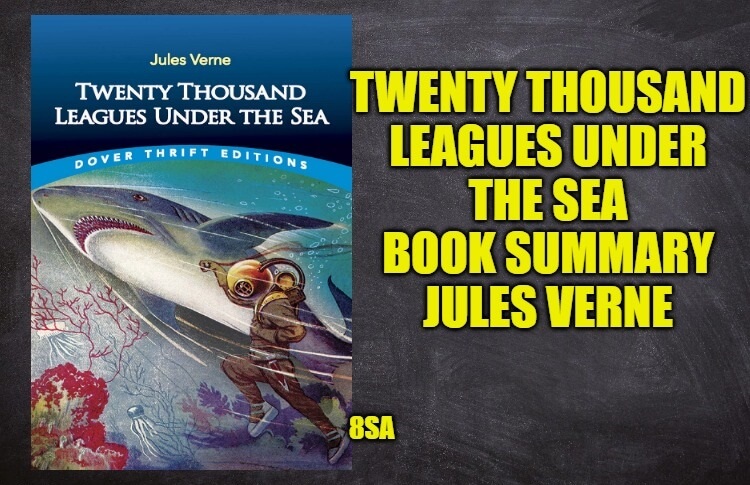 In the 1866s, the number of sinking ships increased and the sailors began to fear that these sinking ships were sunk by a sea monster. The creature was emitting phosphorescent lights at night. People wanted this monster to be caught as soon as possible.

The American Scientific Committee began to wonder what this entity was. They prepared a ship called Abraham Lincoln. They completed their preparations to find and, if possible, destroy this monster, which they thought was an unknown sea animal. The ship’s captain said he would give $2,000 to anyone who found the monster. Aronnax, a French scientist, and his servant Conseil embark on this ship to find this sea creature.

Aronnax realized that it was a man-made ship, not a sea creature. The survivors taken on board meet Captain Nemo and the others on board. They try to communicate by speaking various languages. Captain Nemo, who isolated himself from people and built a submarine that no one had built until that date, comes to them. Captain Nemo is a wealthy, cultured scientist. Like Captain Nemo, the crew on the ship are intellectuals and cultured people who have embarked on this ship of their own free will. The submarine they are in is called Natilus. Natilus works with electricity obtained from sodium.

Captain Nemo invites them to explore the depths of the ocean, saying that he cannot free Aronnax and his friends, but they are free under the submarine, fearing that their secrets will be revealed.

Captain Nemo explains to Aronnax that he had to keep them on board to keep his secret. Although Ned Land does not like this situation, there is nothing he can do.

As time passed, Aronnax, who began to be influenced by Captain Nemo’s knowledge of the seas, embarks on various adventures with Nemo. Natilus and its inhabitants experience many adventures, such as battling sharks, witnessing the eruption of a sea volcano, seeing pearls the size of a ball. Aronnax, who saw many things until he came to Atlantis, was taken by surprise.

Natilus approaches the shore due to a problem. Locals on the coast begin to climb the Natilus. Although they’re almost inside, Captain Nemo doesn’t seem to panic. Shortly after, the natives fall over Natilus. Captain Nemo electrocuted the outer surface of Natilus.

He was delighted to discover the South Pole with Captain Nemo. But the ship crashes into an iceberg at the South pole and gets stuck. The ship manages to get out of the glaciers, albeit very difficult.

Near Sicily, a ship attacks the Nautilus. Captain Nemo is forced to sink this ship. While Aronnax and Ned Land don’t like this situation, Nemo says there’s nothing else he can do. After this incident, the captain got carried away and stopped meeting with them for a while.

Ned Land was bored with the ship, making plans to escape with the professor. Meanwhile, seven squids attack Natilus. These giant monsters, each weighing two tons, take a French sailor away. Captain Nemo can’t hold back his tears.

An English ship attacks Natilus, and Natilus attacks to sink him, sinking the ship. As the people sink to the bottom of the sea one by one, Captain Nemo can’t stand it and sobs. After this incident, Ned Land decides to leave the ship and return to his homeland at all costs.

When Natilus is around the Baltic Sea, it comes to the surface. Ned Land had also put his plan into action. Meanwhile, Conseil, Mr. Arronnax and Ned Land were unscrewing the lifeboat.

Meanwhile, Natilus was rapidly moving towards a gigantic vortex. These three friends, who unscrewed the rescue boat of the submarine, were knocked out by the effect of the concussion. When Aronnax woke up, he realized that he was in a cabin on the island of Lofoten.

The fate of Natilus was unclear. According to the professor’s estimation, Natilus escaped; He sought revenge on the seas.