Joseph Haydn; (1732-1809), Austrian composer, who is one of the major figures in the history of music. Although he was active in most fields of composition, his greatest achievements were in the string quartet, the symphony, and the oratorio.

In his early youth Haydn adopted the gay and somewhat superficial style of music prevalent in Austria; later he was attracted by the stricter forms of baroque art and by the subjective and highly emotional idiom of Carl Philipp Emanuel Bach. Eventually he fused these various elements into what is known today as the classical style of music. Haydn’s works display perfect balance between form and content; they are entertaining, yet deeply felt. His most important compositions, dating from his 60’s, are works of lasting significance; they strongly influenced Beethoven, and the romantic composers. 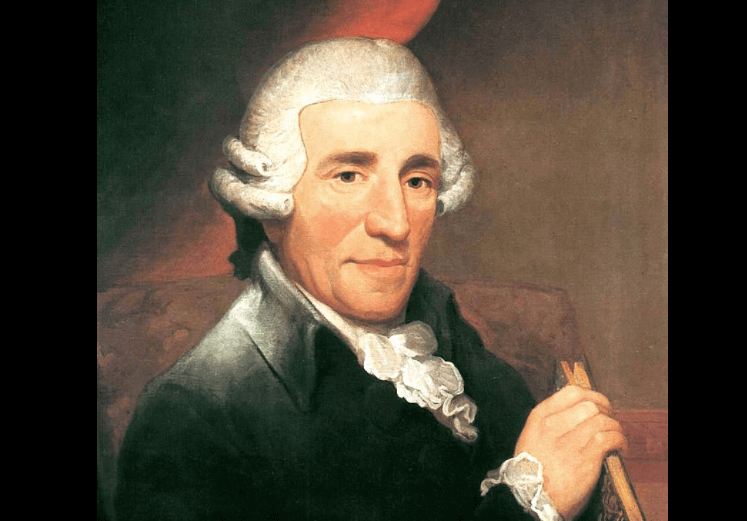 Franz Joseph Haydn was born in Rohrau (near Vienna) on March 31, 1732. His father, a wheelwright, could not provide an education for his gifted boy, and Joseph was sent, when he was five, to a distant cousin who served as director of church music in the town of Hamburg. Henceforth Haydn was on his own; he visited his parents rarely and received no financial support whatever from them. At the age of eight he was admitted to the choir of St. Stephen’s Cathedral in Vienna, where he gained much practical knowledge by performing incessantly. In 1749, his voice having broken, he had to leave the choir. His place was taken by a younger brother, Johann Michael Haydn (1737-1806); Michael, too, later became a composer, primarily of church music, but he was always overshadowed by his brother.

Haydn supported himself by teaching, playing the organ or violin in churches, and doing other musical jobs. At the same time he studied the leading musical textbooks with iron determination until he had mastered his craft completely. In 1759 he was appointed musical director to a Bohemian count. Two years later he married Maria Anna Keller. Their marriage was unhappy, and they had no children.

In 1761, Haydn entered the service of Prince Paul Anton Esterhazy, one of the most powerful Hungarian noblemen, and he maintained his connection with the princely house until his death. Until 1790 he served in the castles of Eisenstadt and Esterhaza in Hungary, advancing from assistant conductor to chief music director, in charge of orchestra, opera, church music, and chamber music. Besides rehearsing and conducting these groups and leading them to superb achievements, he produced a seemingly inexhaustible supply of compositions, which circulated all over Europe. He himself visited Vienna at times, taking part in its flourishing musical life.

Prince Nicholas Esterhazy, who had become Haydn’s patron in 1762, died in 1790. His successor did not maintain the orchestra (although Haydn stayed on the payroll), and the composer saw his chance to try a different kind of existence. He accepted an invitation to conduct a series of concerts in London promoted by the violinist Johann Peter Salomon and thus, at the age of 58, left Austria for the first time. He stayed in England for 18 months in 1791-1792, and so great was his success that he was invited two years later for a second visit.

Despite these triumphs Haydn decided to resume work in 1795 for the new head of the Ester-hazy family. The aging, ailing composer now entered a highly important creative phase, concentrating on choral music: he produced six masses and two great oratorios. Haydn now lived mostly in Vienna, and with advancing age he saw his duties gradually being taken over by substitutes. In May 1809, when the French army bombarded the city, he suffered a severe shock, and he died on May 31.

Throughout his creative life Haydn produced works for the string quartet; these number more than 80. He began experiment with this form in his 20’s, writing little 5-movement divertimenti in which the dance character prevailed. Haydn’s first masterworks in this genre date from 1771-1772, when he wrote 12 quartets (Nos. 25-36). Strongly indebted to the past, these works were nonetheless imbued with a warmth and ardor previously unknown in this form of chamber music.

A particularly significant set of six quartets (Nos. 37-42) was published in 1781. In these Haydn systematically applied a new technique, dissecting his themes and giving thorough workouts to the resulting fragments. Such “thematic elaboration” was to become a basic feature of his instrumental compositions. In the following years he wrote string quartets of even greater significance, among them some of the finest ever composed. They are often referred to by such nicknames as The Frog (No. 49, with croaking sounds in the finale), The Lark (No. 63, distinguished by a soaring theme at the beginning), and The Emperor (No. 77, including variations on the Austrian national anthem, also by Haydn). 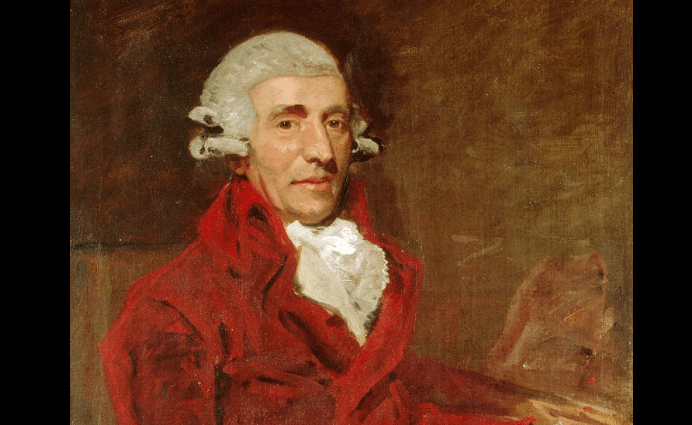 Among the rest of Haydn’s chamber music, the more than 40 trios for piano, violin, and cello deserve mention. The G-Major Trio, with its fiery rondo-finale “all’Ongarese,” is a general favorite. Haydn also wrote more than 50 sonatas for the piano, of which the last four, composed in the 1790’s, are the most important. Also notable are his poignant piano variations in F Minor, written on the death of a beloved friend.

Haydn is sometimes called the “Father of the Symphony.” This does not mean that he created the form. However, his 108 symphonies, written between 1759 and 1795, gradually transformed an initially rather insignificant genre, derived from the overture to the Italian opera, into the most important form of instrumental music. The symphonies of the 19th century could never have been written without Haydn’s pioneer work.

As early as 1761, Haydn produced a remarkable triad of symphonies related to the times of the day—Le Matin, Le Midi, and Le Soir (Nos. 6-8). From 1768 to 1773 he widened the expressive range of his symphonic works. Thus, in the last movement of No. 45, The Farewell, the musicians gradually leave the hall until only two violinists are left. The effect, both sad and humorous, is strange and distinctly romantic.

During the 1780’s, Haydn, by then very famous, was commissioned to write symphonies for the city of Paris. He wrote such successful works as L’Ours (The Bear, No. 82), La Poule (The Hen, No.-83), and La Reine (The Queen, No. 85); here the designations refer to features of specific movements. Haydn reached the climax of his orchestral output in his last 13 symphonies, performed in England under the composer’s direction. All are masterpieces; some enjoy a particular popularity indicated by such nicknames as The Surprise (No. 94) The Military Symphony (No. 100), The Clock (No. 101), and The Drumroll (No. 103).

Haydn also composed many concertos for various instruments and orchestra. Among them may be mentioned the Concerto in D Major for piano, those in C and D Major for cello, the Trumpet Concerto in E-Flat Major, and the Sym-phonie Concertante for violin, cello, oboe, and bassoon.

Like most composers of his time, Haydn wrote a substantial number of church compositions. Although his lesser liturgical works are almost forgotten, his masses, composed throughout his career, are still admired. In Austria and in parts of Germany and Italy they are still used in the Catholic Church, while they are familiar in other countries through concerts and recordings. Especially outstanding are the later masses, such as the Missa in tempore belli (1796; Mass in Time of War), the Nelson Mass (1798), and the Creation Mass (1801).

Haydn’s most popular compositions are his oratories. The Seven Words of the Savior on the Cross (1794-1796), adding texts to an earlier instrumental work, was successful in Haydn’s lifetime. The Creation (1798), based on the Bible and Milton’s Paradise Lost, and The Seasons (1801), based on James Thomson’s poem, have kept their vitality undiminished, combining aweinspiring grandeur with charm and humor.