Jean-Baptiste Lamarck; French naturalist: b. Bazentin, Picardy, France, Aug. 1, 1744; d. Paris, Dec. 18, 1829. One of the most remarkable human and scientific careers in the history of biology came to an end with the death of Lamarck. He died almost without reputation, and though his name became widely known during the subsequent century, that posthumous reputation was in turn to decline. Few persons, even few biologists, form a clear idea of his contribution to knowledge, of his place in the history of thought, or of his personality, nor do they remember the tragic and moving story of his failure to obtain recognition or any reward commensurate with his service to science and thus to his nation. He had the misfortune to be overshadowed by men only temporarily great, who seized the lion’s share of governmental honors and popular acclaim.

Lamarck was the eleventh child in an impoverished noble family that had for hundreds of years produced only soldiers. His father destined this son for a theological career, however, and entered him, quite against his will, in the Jesuit college in Amiens. The death of his father in 1760 released him from an unwelcome vocation, and at 17 he left his home as a penniless young soldier, mounted on an ancient bony horse and accompanied by the family gooseherd ; one must unfailingly recall Don Quixote and Sancho Panza. Thrown at once into the Seven Years’ War, Lamarck distinguished himself at the Battle of Vellinghausen (July 15-16, 1761). In the midst of defeat he assumed command of a company, and made a courageous and effective stand that gained him an immediate promotion to a lieutenant. After several years spent in garrison, first in Toulon and then in Monaco, an illness forced the young Lamarck to resign from the army and return to civilian life in 1766. For a year he tried an apprenticeship in banking, but even with music as an avocation this proved not to his liking, and he turned to the study of medicine. 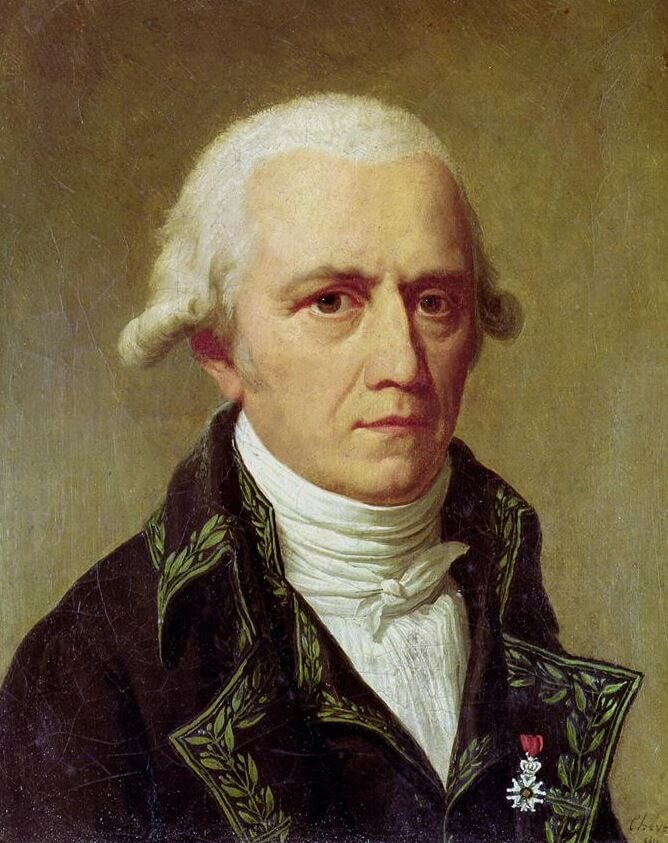 In the 18th century medicine gave entry into all the sciences. The young student was soon absorbing all that was known of chemistry and physics, of meteorology, and of botany. His application to these studies was inspired by an intense intellectual interest that led him to express the results of his primarily deductive thinking in an overambitious work, Recherches sur les causes des principaux faits physiques, which was not published until 1794, and by its espousal of chemical ideas already defunct contributed nothing to Lamarck’s reputation. His long-continued interest in meteorology was scarcely more productive of advancement in that science.

Even while in garrison, Lamarck had been attracted to botanical studies, and these, carried on through his medical education, resulted in a successful work on the flora of France, the Floor française (1778). This was non-Linnaean in treatment, but by means of skillfully chosen alternatives, in a dichotomous key, it provided a ready means of identifying plants. It gained him membership (1779) in the Royal Academy of Sciences, and this led to his appointment to a royal commission that visited the principal herbariums of Europe. On these travels, in 1781 and 1782, he was accompanied by the son of Comte Georges Louis de Buffon. After a precarious period as curator of the herbarium of the Jardin du Roi, in Paris, he was appointed to the chair of botany in 1788.

Lamarck had an important part in the renaming of the Jardin du Roi as the Jardin des Plantes, and in the reorganization of the royal cabinet into the Muséum d’Histoire Naturelle, in 1793-1794, which seems to have followed the plan set forth by Lamarck in a memoir to the National Assembly in 1790. The course of events in Lamarck’s personal life seems to have been little affected by the French Revolution, though in the financial disturbances of the times he naturally enough lost the last vestige of his small patrimony. In 1793 he was appointed to the professorship of invertebrate zoology in the reorganized museum, which was one of the institutions composing the Jardin des Plantes.

To this field, entirely new to him, Lamarck devoted an astonishing energy. The contrasting of the vertebrate classes of fishes, amphibians, birds, and mammals with all other animals named as invertebrates was the first step in his fresh attack on the vast miscellany of animal forms assembled by Carolus Linnaeus under the classes Vermes (the “worms”) and Insecta (the “insects”). In a modern classification these groups are broken down into numerous distinctive categories, some of which represent main divisions of the animal kingdom. It was Lamarck’s first great service to zoology to begin the process of defining the natural groups among the invertebrates, and many of the categories established by him, such as the echinoderms, the arachnids, and the crustaceans, are those of modern classification.

The reclassification of the invertebrates found its first expression in his course of lectures in 1794, and was given formal expression in the Système des animaux sans vertèbres (1801) and the Philosophie zoologique (1809). These works were followed by the Histoire naturelle des animaux sans vertèbres (7 vols., 1815-1822), which incorporated Lamarck’s accumulated knowledge of fossil invertebrates, especially of mollusks, and thus laid the first secure foundation for invertebrate paleontology. Lamarck’s evolutionary ideas and hypotheses were to arouse so much controversy, and have had so much attention since his time, that his solid contributions to systematic zoology tend to be ignored and forgotten. This is quite unjust ; the factual contributions to zoology and paleontology in the great seven-volume work on the invertebrates are _ alone enough to assure him an important place in the history of biology.

In considering Lamarck’s evolutionary ideas, it is first necessary to distinguish between the vastly important step toward a belief in the natural evolution of animal species and animal form and the largely fallacious hypotheses set forth in the Philosophie zoologique to support and explain such evolution. The boldness and originality of the expression of the idea of the evolution of living organisms and the sharpness of the break thus made with accepted doctrine are seen to be extraordinary when it is remembered that they were 50 years ahead of their time. The roles of Lamarck and Charles Darwin in the history of evolutionary ideas are in strong contrast and are quite generally misunderstood.

Because Lamarck’s hypotheses proved fallacious, he tends to be remembered for them and not for the bold and unequivocal announcement of evolution as a simple principle in nature. Because Darwin’s explanatory hypothesis carried conviction in its day and has in general been substantiated by subsequent thought and studies, his name has become associated in the public mind with evolution in general, and only the trained biologist makes the distinction between evolution and Darwinism, meaning by Darwinism the explanatory theory of natural selection. Lamarck’s conviction of the validity of organic evolution, as the only possible explanation of the existing diversity in the forms of animals and plants, was based on a vast, profound, and direct knowledge of specific kinds and forms of plants and animals is evident, though it is not usually explicitly stated.

His conviction drove him to his explanations, quite as Darwin’s growing conviction on the voyage of the Beagle that animals must have become diverse by natural, rather than supernatural, causes drove him to the formulation of his ideas, and in his turn to an explanation of evolutionary processes.

As important as Lamarck’s ideas of the transformation of species by natural causes, and essential as a background to them, was his conviction that the transformations of the earth’s surface in the past were the results of the same slow processes now visible. This conviction was in sharp contrast to the accepted ideas of his contemporaries, especially those of Baron Georges Cuvier, who attempted to explain the succession of extinct animals plainly visible in the fossils that he studied as the result of worldwide catastrophes—the theory of catastrophism as opposed to the uniformitarianism of the Scottish geologist James Hutton, whose ideas seem to have been unknown to Lamarck.

Lamarck was an imaginative and even visionary thinker, but fertile and sterile ideas alike fell on deaf ears and so could not be put to the test of critical sifting by his contemporaries, who condemned the good with the bad. Although the revival of interest in Lamarck’s theories about evolution in the late 19th century in its turn failed to gain acceptance for them, Lamarck’s name is established as one of the founders of the evolutionary thinking that was to gain worldwide acceptance in the century following his death.

Lamarck was married three times, and his wives successively died before him. His first wife bore him six children; the second, two. The second wife brought a dowry sufficient to purchase a small but attractive country place, and the few summers spent there must have been among the happiest of his long life. Two daughters by his first marriage, Rosalie and Cornelie, seem never to have married. They became their father’s effective aids in his old age, and were indispensable after blindness overtook him in the last decade of his life. The extraordinarily touching bas-relief in the Jardin des PlanteS is as much a memorial to Cornelie’s devotion as to her father, bearing her words of encouragement to him: “Posterity will admire you, my father, posterity will establish your fame.”