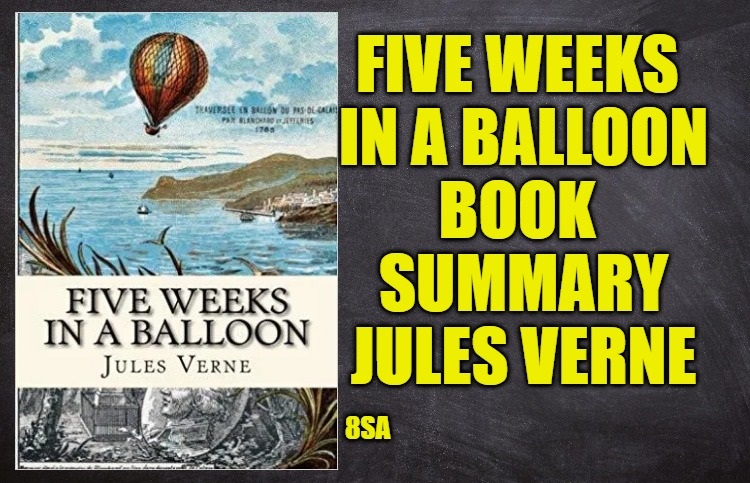 Five Weeks in a Balloon

Jules Verne’s Five Weeks in a Balloon describes Doctor Ferguson’s voyage with his friends to the sources of the Nile in a balloon, which was then very rare.

On January 14, 1892, there was a large crowd at the meeting of the Royal Geographical Society in London. Sir Francis M… to his colleagues, Dr. It talks about Samuel Ferguson’s expedition. Dr. Samuel Ferguson is considering crossing Africa in a balloon.

Dr. Ferguson has a friend. The two of them are actually two people who are copies of each other. Dick Kennedy is a Scot in the truest sense of the word; open, blunt, headstrong. Kennedy goes crazy when he sees his friend’s news in the newspapers and immediately goes to London. Doctor Ferguson isn’t too surprised that his friend has arrived. Although Dick Kennedy sees what the Doctor is doing as insanity, the Doctor actually intends to take him with him.

The path the doctor chooses to follow is not a casual path. The departure point is Zanzibar Island. The reason is on 6 degrees south latitude. This means that it is located 430 miles below the Equator. Dr. Ferguson is actually Dr. Barth and Lieutenants Burton and Speke. Dr. Ferguson eagerly accelerates all his preparations. He personally takes care of the construction of the balloon and makes some changes. The doctor’s plan is to travel with his valet Joe and his hunting friend. Joe is quite enthusiastic about it. Although Kennedy came to discourage, the size of the three travelers and the size of the belongings were taken.

All preparations have been completed, and the balloons have been kept nested like February 10. These three travelers set out by ship on 19 February. The ship arrives at the place where the balloon will take off on April 15, approximately two months later. Island people do not welcome here at all. With the attitude of the people, the balloon is lowered into one of the islets. The balloon, whose preparations are completed, takes off with three travelers. The doctor calls out to the people below and names the balloon Victoria. Then they shout in unison, “Long live Queen Victoria! Long live England!” 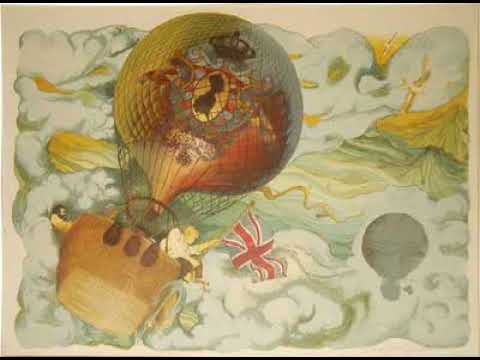 The three travelers decide to proceed during the day and take a break at night. Joe and Kennedy look around in amazement. They take a break on the slope of Mount Duthumi and divide the watch into three. This way, everyone can be heard.

It is always rainy in Zungomora except January. Before long, the travelers are under heavy rain. The smell of sulphurous hydrogen, which Captain Burton mentioned in his notes, begins to spread. Kennedy, on the other hand, does not feel well because of this weather. Doctor Ferguson raises his friend high; feels better with fresh air and sunlight. When they go a little further, they anchor in the tree and the Doctor allows his friend to hunt. After the time passed, Kennedy and Joe return to the balloon with the sound of a gunshot. A flock of dog-faced baboons surrounded the balloon. When he kills a few with a gun, the others run away in fear. Kennedy and Joe get on the balloon.

In all the places they pass, they either think that God is coming from the sky and they worship them or they try to shoot them out of fear. They have passed through storms and mountains without any problems so far. If they had walked out like other travelers, they would have long since been despondent or taken prisoner.

On Wednesday, April 23, three travelers reach the Nile. In order to understand that they are in the right place, they descend to the island with four trees in the middle of the Nile, where Andrea Debona came from, and find the rock on which this explorer’s name is written. They hang the British flag on the balloon as a sign of victory. After that, the important thing is to go in the direction the doctor planned.

They travel for a while during the day and rest at night. While they are resting at night, they hear someone moaning. He is a priest who has fallen into the hands of the people who tortured him. Even if it is difficult, they throw a water tank and take the priest into the balloon. However, the priest did not live long. The priest closes his eyes peacefully, not tortured. They bury the priest somewhere. The place where they are buried is a mineral deposit.

Then travelers to the deserts have a hard time here. They threw away the water tank to get the priest. They need water for both ballooning and drinking. But there is not a drop of water in the desert. When the three of them are in despair, they see a place covered with trees. Finding a water well, Joe and Kennedy enter the well. But they can’t get out. The lion has closed the well. They kill the lion with a few traps and continue on their way. Travelers who find water have a nice meal that evening.

The three travelers, who set off again, pass through many settlements. They even equate to a war. Reactions to the balloon are also becoming more and more problematic. One day they see a flock of vultures. The balloon makes the vultures think it is dangerous and they attack. When the outer balloon was damaged, it began to fall rapidly. Joe makes a great sacrifice and jumps out of the balloon. With its jump, the balloon rises again. Seeing that he fell into the sea, the doctor removes the outer balloon and returns with the small balloon. After a long struggle, Joe is found just in time. The balloon takes a battered way. When they finally cannot carry it, they get rid of the basket. They must cross the Senegalese river. Because that side belongs to friends. As a last resort, they try to hang on the balloon again and cross the river. Behind them are people chasing them. Three travelers crossing the river with difficulty are welcomed by the French. The three travelers, who found witnesses for this trip, return to their homes happily.