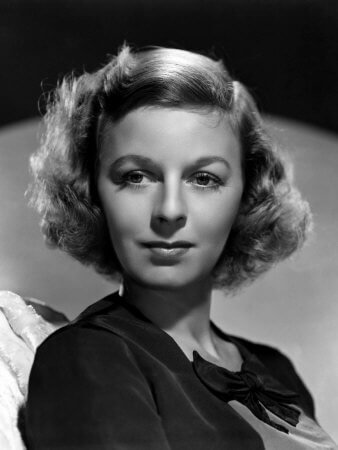 Margaret Sullavan (1911-1960), American stage and film actress, known for her husky voice and the candor of her acting style. She was born in Norfolk, Va., on May 16, 1911. She attended Sullins College in Bristol, Va., gained stage experience with a summer theater group at Falmouth, Mass., and made her Broadway debut in A Modern Virgin (1931).

Miss Sullavan first won wide acclaim for her performance in Dinner at Eight in 1933. Other stage successes included Stage Door (1936); The Voice of the Tıırtle (1943), probably her greatest triumph, The Deep Blue Sea (1952); and Sabrina Fair (1953). She made numerous motion pictures, beginning with Only Yesterday (1933) and ending with No Sad Songs for Me (1950), and appeared frequently on television.

A mercurial woman, highly regarded by her fellow actors, Miss Sullavan was known almost as well for her marriages as for her stage performances. She married the actor Henry Fonda in 1930. Later she eloped with William Wyler, who was directing her in the film The Good Fairy (1935). In 1936 she married her agent, Leland Hayward, and in 1950, the industrialist Kenneth A. Wagg. She was appearing in a pre-Broadway tryout of Sweet Love Remember’ d at the time of her death, from an overdose of barbiturates, in New Haven, Conn., in Jan. 1, 1960.