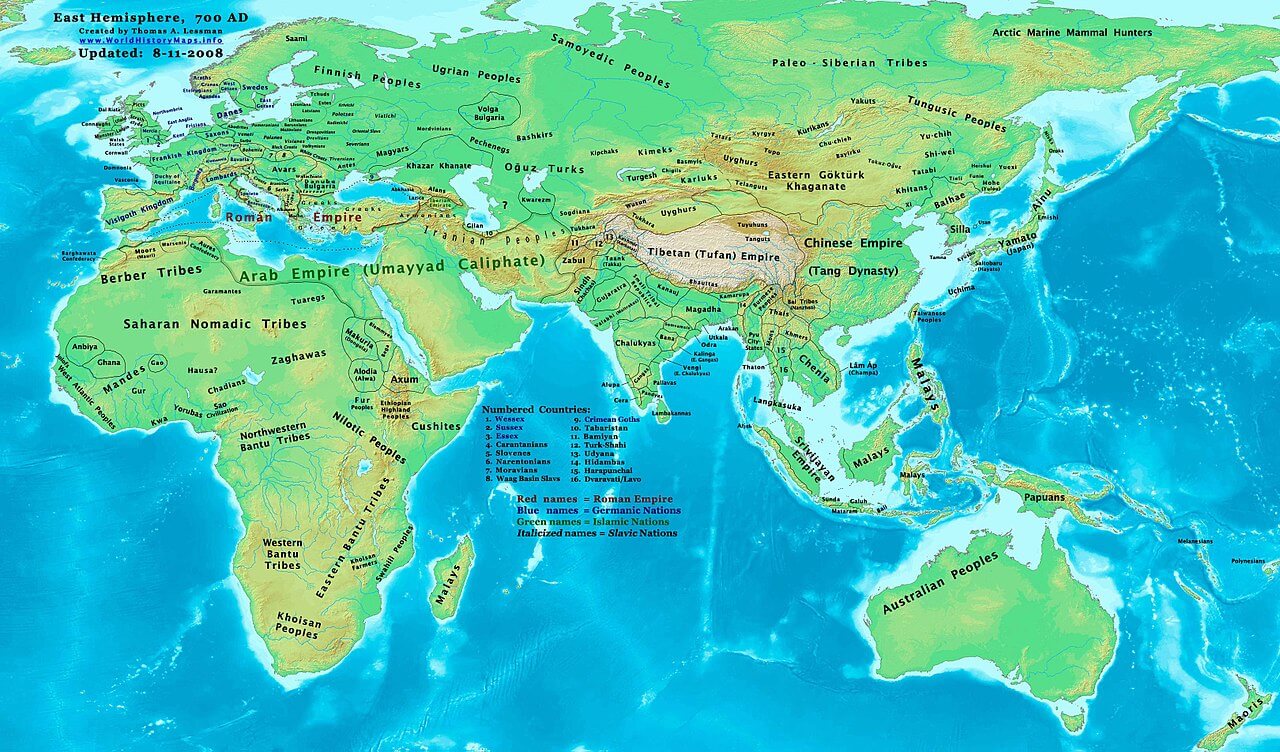 EIGHTH CENTURY. The 8th century witnessed the rise of the Frankish kingdom as the strongest secular force in the West and the center of a new Western empire, whose Carolingian rulers entered into a working alliance with the papacy. Although the century began and ended for Europe with invasions by non-Christian peoples, during its course the Muslim advance collapsed on both the western and eastern fronts, and Christian missionary activities were extended in central Europe. Among the great men of the time, Charles Martel, St. Boniface, the Venerable Bede, and the Byzantine Emperor Leo III flourished during the first half of the century, while Charlemagne dominated the latter half.

In the world of islam, the Umayyad caliphate was displaced by the Abbasid caliphate, which built Baghdad as its capital and attained its peak of power and splendor at the end of the century under Harun al-Rashid. The civilization of T’ang China, which profoundly influenced the societies of Japan, Korea, and Vietnam, reached its last high point during the reign of Hsüan Tsung and in midcentury entered a period of military decline. India was divided among contending dynasties but managed to contain invading Arab armies, limiting their conquest to Sind. But the Arab thrust into Central Asia cut the normal land route between India and China, and from the 8th century East Asian Buddhism developed along its own lines. Southeast Asia maintained ties with both India and China.

In Africa, the southward spread of farming and ironworking peoples continued, and there were trading contacts between Black Africa and the Muslim world across the Sahara and over the Indian Ocean. In the Western Hemisphere, the 8th century was a period of creativity in the Mexican-Mayan area of civilization.

EVENTS OF THE EIGHTH CENTURY