Lafcadio Hearn; (1850-1904), American author, who wrote masterful studies of Japan, its people, and its folklore. Romantic in disposition, Hearn sought after strangeness and Oriental beauty. He was also a mystic, seeing spiritual activity in everything; he wrote many ghost stories, of which the best is Mimi-Nashi-Hoichi, published in his collection Kwaidan in 1904. Hearn’s last book, Japan: An Attempt at Interpretation ( 1904 ), was the first modern work to grasp, through a study of “the history of the national beliefs” (primarily Buddhism), the essence of the Japanese character. 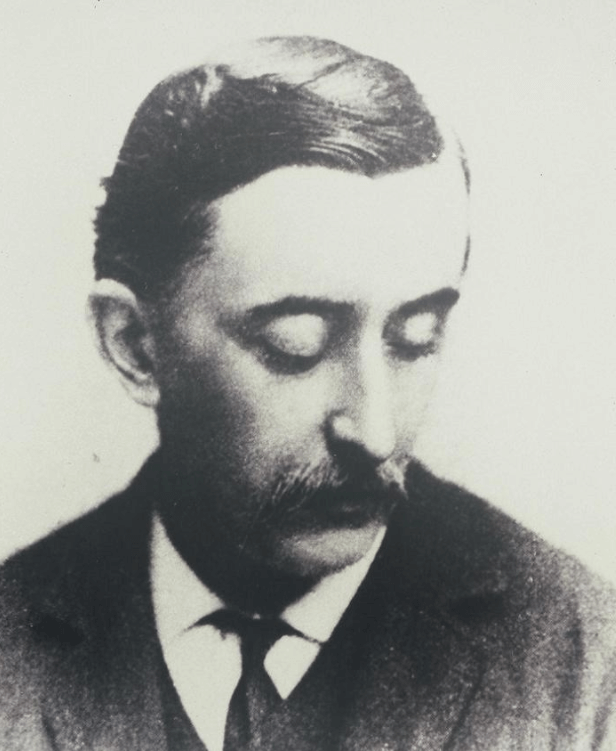 Patricio Lafcadio Tessima Carlos Hearn was born on June 27, 1850, on Leukas, one of the Ionian Islands of Greece. The son of an Irish father and a Greek mother, he grew up in Greece,. Ireland, England, Wales, and France. In 1869 he emigrated to the United States. After working for several years for two newspapers in Cincinnati, he became literary editor of a newspaper in New Orleans where he wrote books recording his travels and impressions. His mature style was formed by this period of journalism.

Sent to Japan in 1890 on commission for an American publisher, Hearn found that country so attractive that he decided to spend the rest of his life there. For a while he taught English in the town of Matsue, where in 1891 he married Setsu Koizumi. Partly to avoid legal difficulties, he became a Japanese citizen, adopting the name Yakumo Koizumi; he also became a Buddhist.

Hearn was called to lecture at Tokyo Imperial University in 1896 and occupied its chair of English literature until 1903. His courses on English and American literature had a profound influence on his Japanese students, and after his death a series of volumes containing his lectures was published in the United States and Japan. His students also produced a translation of all of his writings (18 vols., 1926). During his last years Hearn was saddened to see his adopted country embracing materialism, and he foresaw with anxiety the approaching conflict between Japan and the West. He died in Okubo (now part of Tokyo) on Sept. 26, 1904.

Hearn’s first book, One of Cleopatra’s Nights (1882), contains translations of six stories by Théophile Gautier. It was followed by Stray Leaves from Strange Literatures (1884), a collection of stories from Oriental literature, and by Some Chinese Ghosts (1887), a set of highly finished Oriental legends. In 1887 appeared his first novel, Chita: A Memory of Last Island; his next novel was Youma (1890), which deals with a young slave girl’s devotion to her master’s family. From 1887 to 1889, Hearn had lived in Martinique, and Two Years in the French West Indies (1890) contains sketches of this experience.

Hearn wrote 12 books during his residence in Japan. Many of these deal with Japanese poetry, folklore, and ghost stories. Others record his impressions of Japan; these include Glimpses of Unfamiliar Japan (1894), based on his Matsue period, and Out of the East (1895), which treats of Kyushu. Hearn completed his most penetrating book, Japan: An Attempt at Interpretation, just before he died.

Influenced by the Buddhist doctrine of karma and Herbert Spencer’s philosophy, Hearn sought through mysticism a unification of the East and the West. His works on Japan reflect a love of the common people and of the traditional way of life. A sensitive stylist and master of simple description, Hearn introduced Japanese studies to the Western world. He also promoted the study of Occidental literature in Japan.