Who was Irene Bernasconi? Life and work of an Argentine marine biologist, who stands out for his studies, especially from the age of 72, on the Antarctic continent. 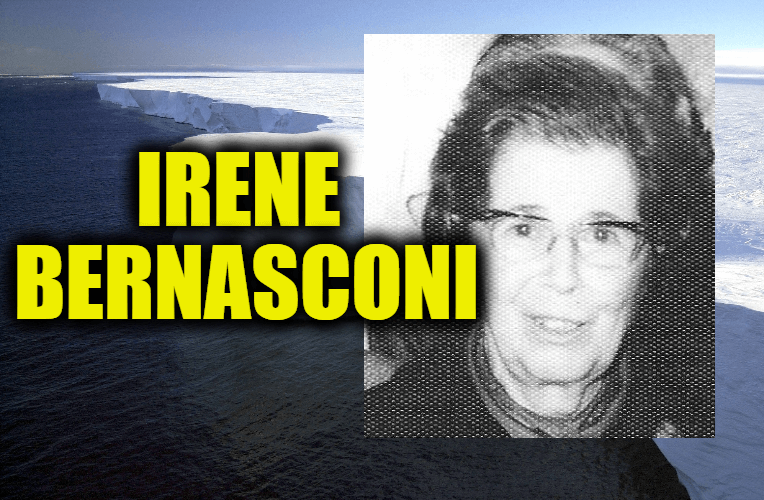 Irene Bernasconi (La Plata, September 29, 1896 – Buenos Aires, July 7, 1989) was an Argentine marine biologist specializing in echinoderms. She is particularly known for her work in the Argentine sector of Antarctica . She was the first expert on echinoderms in her native country and spent 55 years studying the creatures she found in the Argentine Sea. Her main interest was starfish, but she also studied sea urchins and brittle stars.

Marine biologist Irene Bernasconi was the first Argentine expert on this type of animal, who searched and studied in the waters of the Arctic, discovering several new species and revising and rearranging the taxonomic classification of several genera. In addition to her discoveries, Bernasconi is remembered for the expeditions she made to Antarctica accompanied by three other Argentine scientists: María Adela Caria, bacteriologist; Elena Martínez Fontes, expert in marine invertebrates; and Carmen Pujals, recognized specialist in marine algae. The group was named the Melchior Four, named after the base where they conducted their investigations.

His first scientific work was published in 1925: he dealt with the sea urchins collected during the first expedition organized by the Faculty of Sciences of the University of Buenos Aires in Tierra del Fuego.

Throughout her career, Irene Bernasconi described several species and one genus that were new to science. The first new species she described belonged to the genus Pteraster in 1935: Pteraster marplatensis and Pteraster argentiniensis. In 1941 she described two new species of the genus Luidia: Luidia doellojuradoi and Luidia patriae. In 1957 she published a monograph on the Argentine Echinoids. Between 1937 and 1980 she revised the taxonomy of several families: Pterasteridae, Luidiidae, Odontasteridae, Gonisasteridae, Ganeriidae, Asterinidae, and Echinasteridae. She described a new genus of deep-sea starfish in 1965, she discovered four new species besides Vemaster. She also worked with Marta d’Agostino on the systematics of the brittle stars of Argentina and the waters of Antarctica. Her last scientific work was published in 1980:

In the summer of 1968, Irene Bernasconi, then 72 years old, was one of four Argentine scientists doing fieldwork in Antarctica. Also in this group were the microbiologist María Adela Caría, the marine biologist Elena Martínez Fontes and the botanist Carmen Pujals. The four were part of the scientific staff of the Bernardino Rivadavia Argentine Museum of Natural Sciences.

In taxonomy, the abbreviation Bernasconi is used to indicate that the author of the description is Irene Bernasconi.