If you have ever climbed a high mountain or ridden in an airplane, you may have passed through a cloud. You have surely walked or driven through a fog. Actually, a fog is just a cloud close to the earth’s surface. When the temperature of a rather thick layer of air near the earth falls below the dew point, a fog is formed. Water vapor condenses into tiny drops of water that float in the air. The air looks white because so many of these tiny drops are floating in it. Sometimes the drops get big enough to be seen separately. 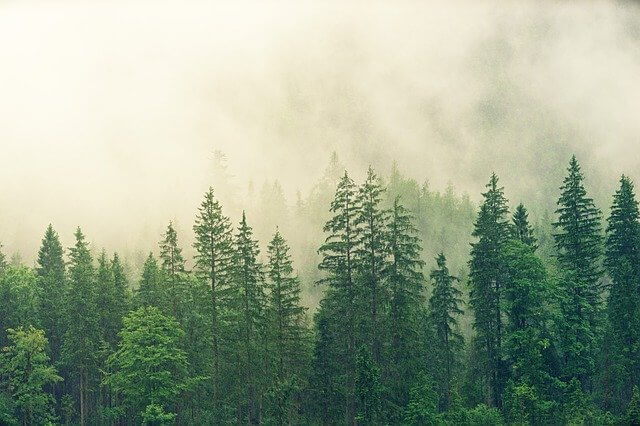 When you are inside a cloud, it looks the same as a fog. Of course, when you are outside, you can see the cloud floating in the air above the earth’s surface. To form a cloud, air must be cooled below the dew point. This usually happens when the air is pushed upward in some way. The air may be blown up over a mass of cooler air. It may be forced upward by cooler air flowing in underneath. Or it may be pushed up over a mountain range. Whichever happens, the air expands as it rises. Expansion cools the air and makes the water vapor in it condense. If the temperature is above freezing, water vapor condenses into droplets of water. But if the temperature is below freezing, water vapor usually condenses directly into crystals of ice. Often both water droplets and ice crystals are found at different heights in the same cloud.

You can easily learn to recognize the three main kinds of clouds. One kind is made of tiny crystals of ice and always looks white. This is olten known as a mare’s-tail cloud, but meteorologists call it a cirrus cloud. Cirrus means curled, tufted, threadlike, or featherlike. Cirrus clouds are the highest in the sky. They are usually found about 6 miles above the earth but sometimes they are found as much as 9 miles above the earth. When rainy weather is coming, cirrus douds are of ten seen first. 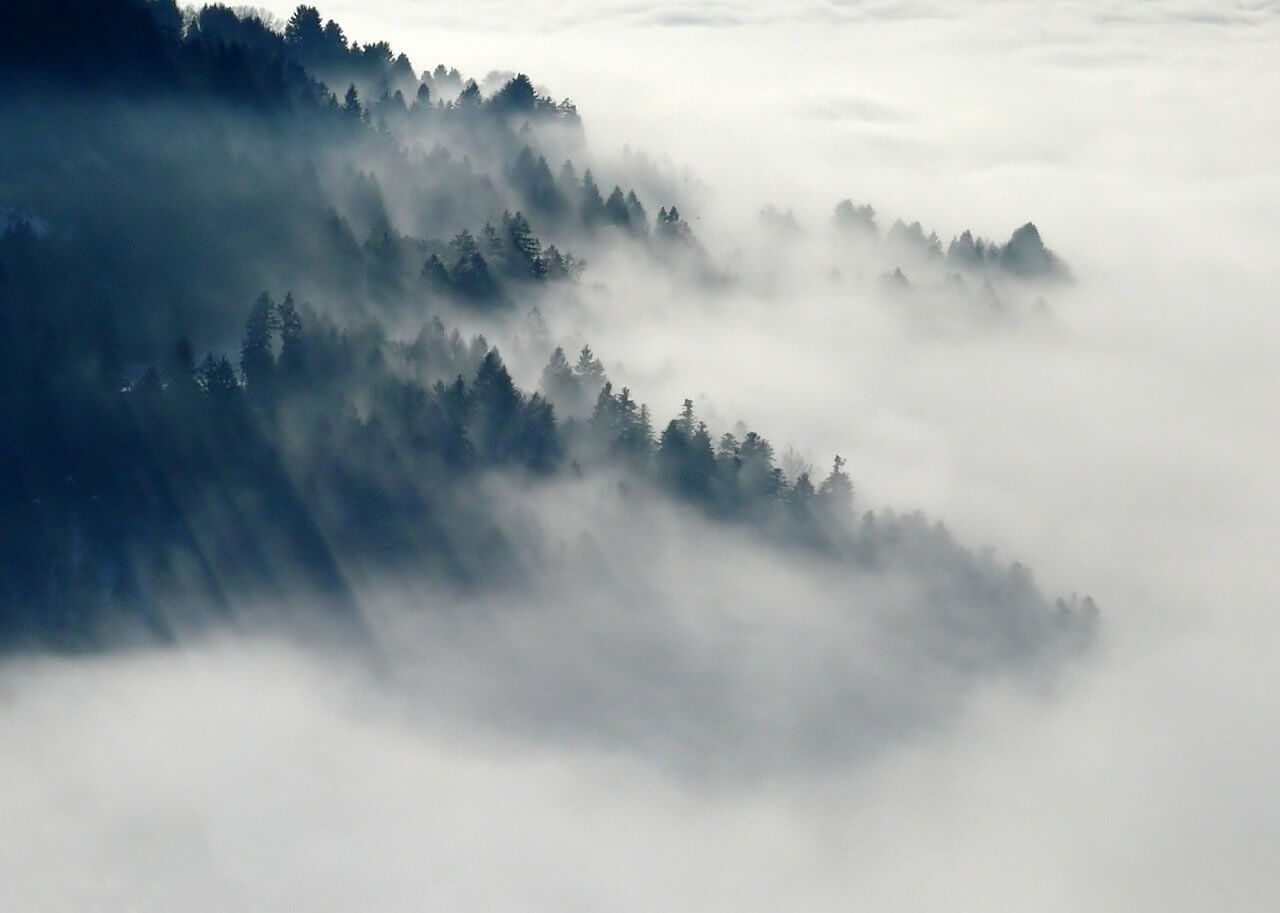 On a hot summer day, you of ten see another kind of cloud that has many interesting shapes. This kind is called a cumulus cloud. Cumulus means heaped up or piled up. The tops of these clouds may be about 6000 feet above the earth, while the bottoms may be within a few hundred feet of the earth. Cumulus clouds are caused by convection currents. Warm air is forced rapidly upward by co ol air moving in underneath. The warm air soon reaches the place where it is cooled below the dew point. As it condenses, huge, towering masses with rounded tops and Hat bottoms are built up. Because cumulus clouds are of ten seen before thunderstorrns, theyare sometimes called thunderheads.

Have you ever seen a smooth, gray sky just before a snowfall? The clouds in such a sky are of still another kind. This kind is called a stratus cloud. Stratus means layer. Stratus clouds are usually about 2100 feet above the earth but may be as low as 400 feet. They cover a large area and appear long and even, because no strong convection currents force them into irregular shapes. As cold air moves slowly in under warm air, a layer of clouds forms where the two kinds of air meet. Stratus clouds of ten hide the sun or the moon. 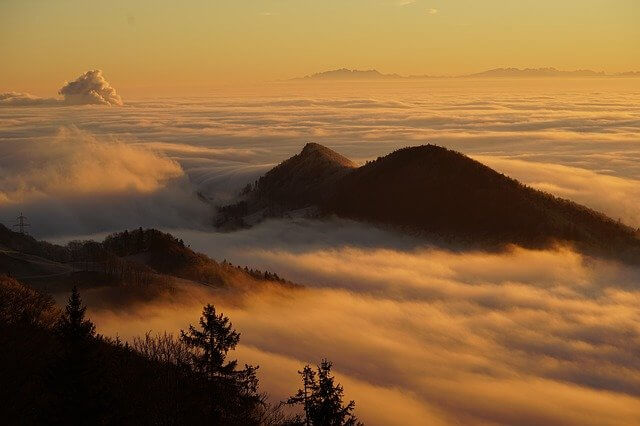 Because clouds are usual1y changing from one kind to another, there may be several kinds of clouds in the sky at once. So meteorologists combine cirrus, cumulus, and stratus with each other and also with other words to give more accurate descriptions. For example, cirro-stratus clouds are cirrus clouds big enough to form a layer. A cloud from which rain, snow, or the like is falling is called a nimbus cloud. This kind of cloud is always mentioned along with some other kind. Cumulonimbus clouds are cumulus clouds that bring rain, snow, or hail. An alto-stratus cloud is a stratus cloud between 6000 and 20,000 feet above the earth. Alto means high. it is of ten used to show that clouds are higher than usual.