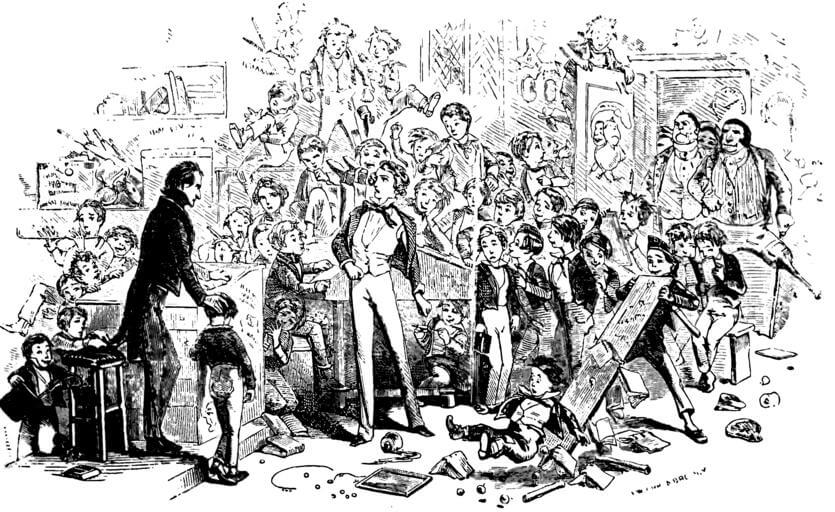 David Copperfield; a novel by the English author Charles Dickens, published in 1850. It was first issued in monthly parts from May 1849 to November 1850. From its initial appearance, it has been the most popular of Dickens’ novels. It is also the most directly autobiographical of his works, and he himself called it his “favourite child.”

David Copperfield is in the form of a first-person narrative. David, from the vantage point of maturity, surveys the vicissitudes of his life beginning with his infancy. Fatherless six months before he is born, the boy grows up with his pretty young mother and the faithful servant Peggotty. This happy existence is shattered by his mother’s marriage to the gloomy and cruel Mr. Murdstone, who, especially after her death, subjects the boy to mental and physical deprivation. At the age of 10, David is sent to London to work in a wine merchant’s warehouse. He finally flees from the humiliation and oppression he experiences there to find refuge with his great-aunt Betsey Trotwood. From then on his fortune is in the ascendant. He has, on the whole, happy years at school in Canterbury and in a London law office, and ultimately, after much strenuous application, he embarks on a successful career as an author. 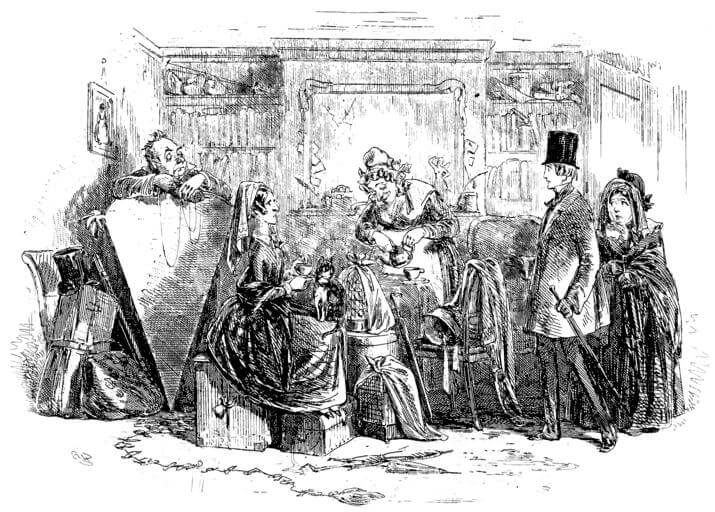 However, the book is dominated less by David’s professional advancement than by his relations with a vast and varied group of characters: the Peggottys of Yarmouth, the mercurial Micawbers, Mr. Wickfield of Canterbury and his deceptively “umble” clerk Uriah Heep, and Steerforth, David’s self-indulgent school friend—to mention only a few of the lovable, humorous, or grotesque figures who form strands in the web of David’s life. These strands intertwine to create tragic climaxes like Steerforth’s seduction of Daniel Peggotty’s niece “Little Em’ly,” or comic ones like Mr. Micawber’s unmasking of Uriah Heep. Through most of the novel runs the strand of David’s two loves: his youthful infatuation with the foolish little Dora Spenlow, who becomes his “child-wife” but—as the “little blossom” she is— soon wilts and dies; and the abiding, but only slowly recognized love of the strong-minded Agnes Wickfield, with whom he is at last united.

Although David Copperfield gives the impression of artlessness and even improvisation, it is carefully planned and designed. Characters appear and reappear and are placed in thematic relation to one another. Within the immense variety of the work there is a basic unity of emotion and theme: the reader learns of the necessity of perseverance through hardships and the importance of the discipline of the heart—he learns because David learns, for at the heart of the book is the growing personality of David himself.

The peculiar emotional truth of David Copperfield is closely connected with its autobiographical nature. Though David is not altogether Dickens’ alter ego, his character and career bear numerous similarities to the author’s. Many of the other characters have real-life models, notably Mr. Micawber (Dickens’ father) and Dora (Maria Beadnell, Dickens’ first love). Above ali, David’s experiences in the warehouse are a direct —and the only—transcription of the darkest and most painful part of Dickens’ own boyhood. 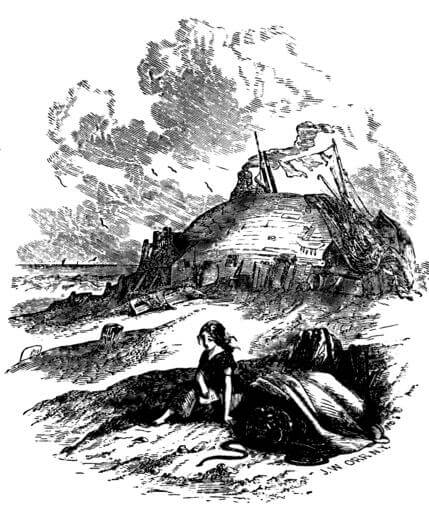 However, while the novel is of great interest to the biographer and psychologist, its artistic merits have made it a classic in its own right. The glorious humor that, despite some melodramatic parts, pervades the whole, has not worn or become dated, but it is particularly the evocation of childhood—its modes of perception, its joys, and its griefs—that makes David Copperfield a work without parallel in English fiction.