Al-Farabi (870?-950), Islamic philosopher, who was the outstanding figure in Islamic philosophy before Avicenna. He was commonly designated “The Second Teacher,” Aristotle alone being given priority. Al-Farabi was known in medieval Europe as Alfarabius or Avennasar.

Only the outline of his life is known. He was born of Turkish parents in Turkestan and spent most of his life as a private citizen in Baghdad. He passed his later years in Syria among, but somewhat apart from, the scholars and writers attracted to the court of the Hamdanid ruler Sayf al-Daula (Dawlah). His main training as a philosopher seems to have been under Christian Aristotelians of the post-Alexandrian schools. 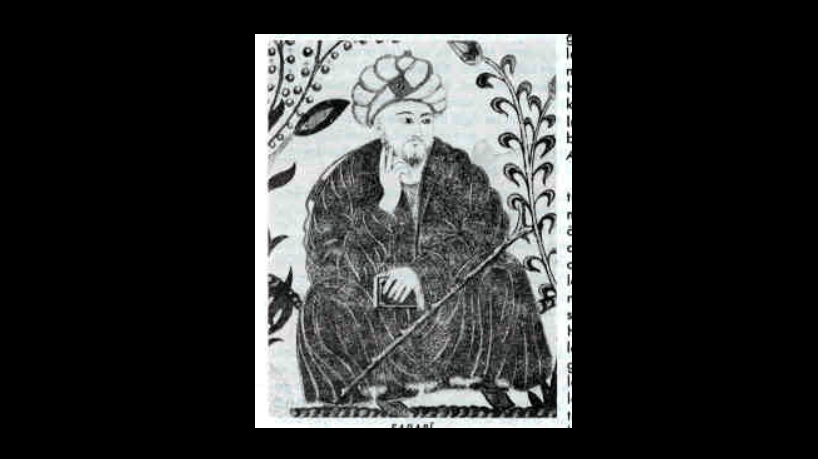 Although the works of al-Farabi are only partially preserved and are still inadequately studied, it is clear that he made significant contributions in virtually every philosophical field. His contributions in logic, metaphysics, ethics, political philosophy, and psychology were perhaps the most important. He also wrote commentaries on Aristotle and was an authority on music, medicine, physics, and mathematics.

Conveniently classified as an Aristotelian, alFarabi was in fact one of the great medieval syncretists; he was usually (if sometimes unconsciously) striving to reconcile with Aristotle’s legacy a sort of Neoplatonism that often verged on outright Gnosticism. As a Muslim he also endeavored to show that sound philosophy and true religion are variant, not contradicitory, statements of one truth-philosophy being essential and transparent, religion symbolic and colored. His thought is of ten obscurely expressed, aphoristic in form, and lacking systematic arrangement. For posterity his most influential work was in political philosophy, in which he reinterpreted the Islamic state in the light of Plato’s Republic and Laws, qualified by Aristotle’s political ideas.

In medieval Europe, Hebrew translations from the Arabic outnumbered Latin versions of his work. Little is available in English.