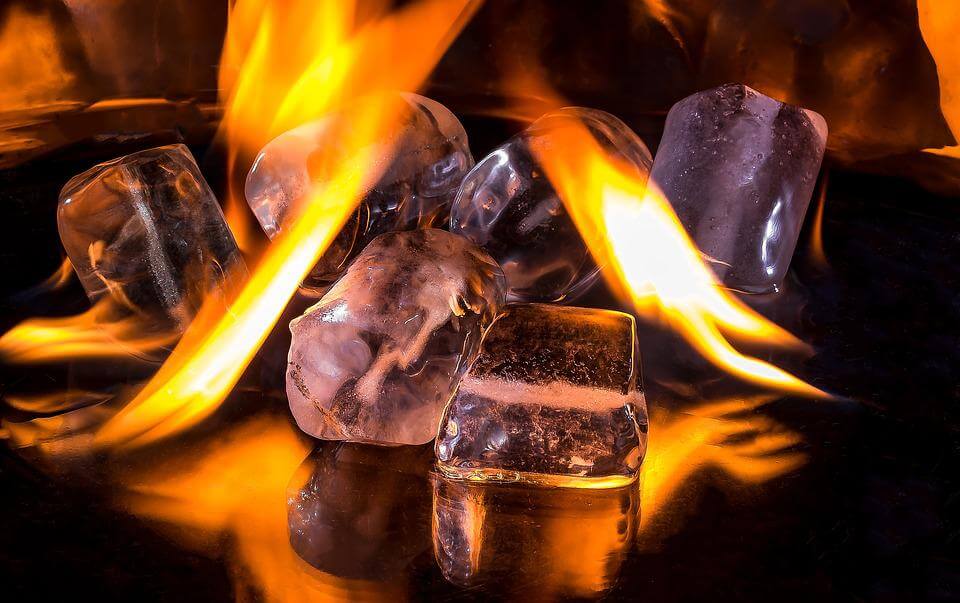 Melting is to change from a solid state to a liquid state. When a solid melts its particles move apart from their fixed positions and move around each other more freely in the liquid. The heat given off during melting makes the particles vibrate faster and break away from each other. The heat needed to change 1 g of a solid to liquid form without changing its temperature is called the Latent Heat of Fusion of the solid.

To heat a solid to its melting point is not enough to melt it. To change its physical state from solid to liquid, heat (undetected) must be given to it. When a solid gains heat the average kinetic energy of its molecules increase and its temperature rises. The heat given to a solid at its melting point is used to overcome the forces of attraction between its particles. 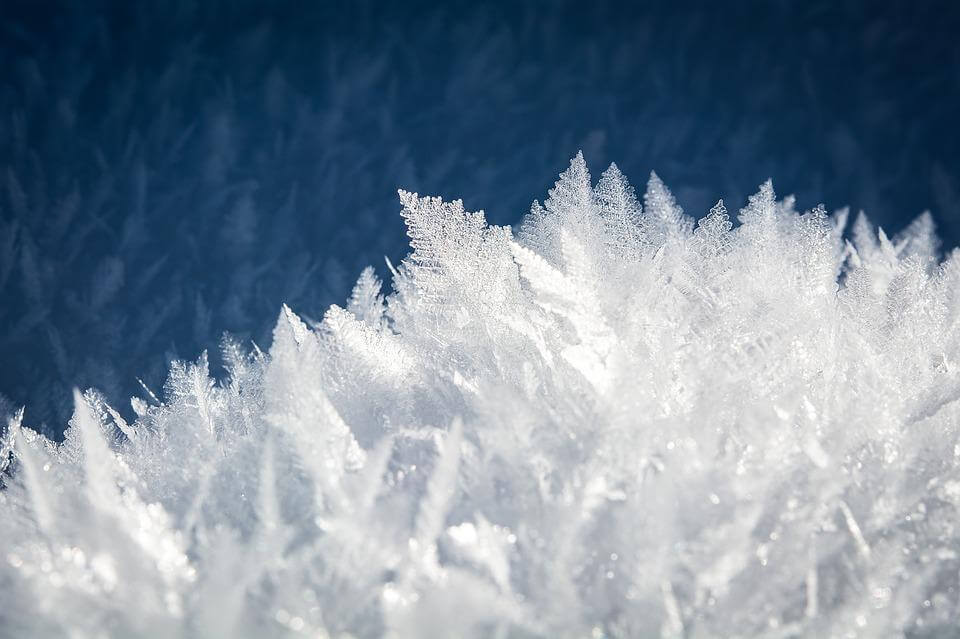 Freezing is the change from liquid state to solid state. It is the reverse process of melting. The heat gained in melting is given off in freezing. The latent heat of freezing is the heat given off when 1 g liquid at its freezing point is changed to 1 g solid without changing its temperature.

Since heat is given off during freezing, a freezing liquid warms up its surroundings. Melting is a cooling process. Iceboxes are made according to this principle.

THE CHANGE OF VOLUME IN MELTING AND FREEZING

THE EFFECT OF PRESSURE ON MELTING POINT

Under pressure, it is easier to melt ice and more difficult to freeze water. The melting point of ice is lowered as the pressure on it increases and, even below 0°C, the ice changes into water. It will change back into ice as soon as the pressure is decreased.

THE EFFECT OF IMPURITES ON FREEZING POINT