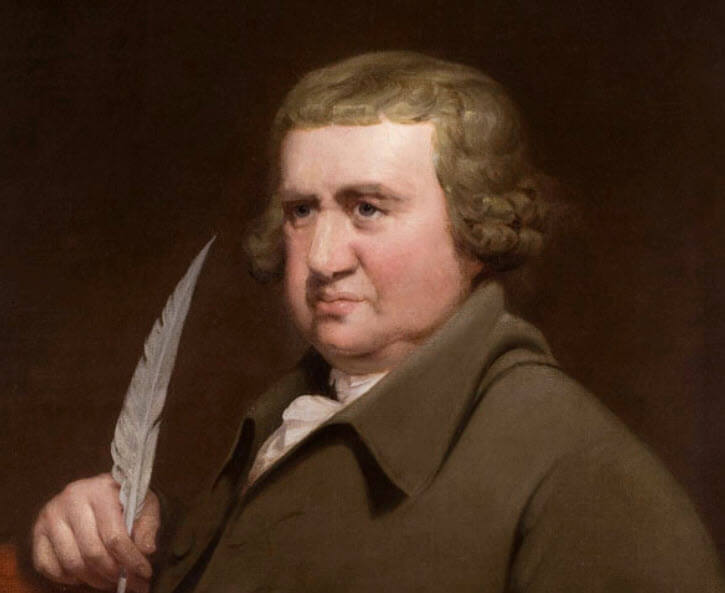 Erasmus Darwin; (1731-1802), English physician and poet, who anticipated some of the evolutionary ideas later developed by his grandson Charles Darwin and by Jean Baptiste de Lamarck.

Erasmus Darwin was born near Newark, Nottinghamshire, England, on Dec. 12, 1731. After studying medicine at Cambridge and at the University of Edinburgh, he practiced medicine at Lichfield. He was largely unsuccessful, however, partly because he was an eccentric who did not trouble to hide his markedly unconventional views. He was a radical, freethinker, and a prohibitionist. He also sympathized with the French revolutionaries, and this caused him to be ridiculed by the British government.

Darwin was profoundly interested in science and had a forward-looking approach; he also had some talent for poetry. He combined the two, producing long didactic poems which, as poetry, might better be forgotten but which, as scientific expositions, are of considerable historical interest. In The Botanic Garden (1791), perhaps his best-known work, he described the classification system of Linnaeus—a subject of great scientific importance but not one that lends itself to poetic form. Even more interesting was his Zoonomia (1794-1796). In this, Darwin advanced theories on the evolution of species, anticipating some of the ideas later developed by Charles Darwin and Lamarck.

Erasmus Darwin’s significance was eventually overshadowed by that of his grandson Charles Darwin, who developed the theory of evolution by natural selection. Another grandson, Sir Francis Galton, became famous as the founder of eugenics. Erasmus Darwin died at Breadsall Priory near Derby, England, on April 18, 1802.