Magnetism and magnetic field used by humans and animals. The importance of magnetism in our lives and the devices and areas where it is used.

Magnetic fields have two poles, usually called north and south, that oppose and repel the same one, depending on how the charged particles (electrons and protons) in the magnet are arranged. Columbus used a magnetic compass on his famous voyage (though he didn’t get where he had hoped). In 1600, William Gilbert, physician to Queen Elizabeth I of England, went so far as to suggest that the Earth was a giant magnet. Since then, we have learned that he was right. 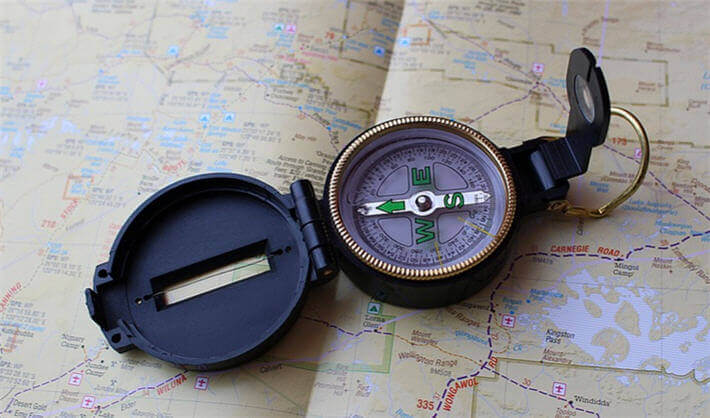 Thanks to compasses, our ability to travel around the world – and therefore to explore the world – has increased without losing our sense of direction. Before the invention of these simple tools, travelers had to use the stars and the natural signs they could see as guides in their journeys. Liquid compasses—magnetized needles floating in bowls of water—were first used in China. The needles were magnetized by rubbing against the magnet stone, that is, the naturally magnetized magnetite ore. Initially, needles were used in fortune-telling, but later they began to serve a useful (and reliable) purpose. The compass works by sensing the magnetic field created by the Earth’s iron-containing core. But let’s not forget: Earth’s magnetic field is naturally weak because it spreads over the entire surface. For the magnetic field to have any effect on the magnet, the compass must be extremely light and operate in an almost frictionless bearing. 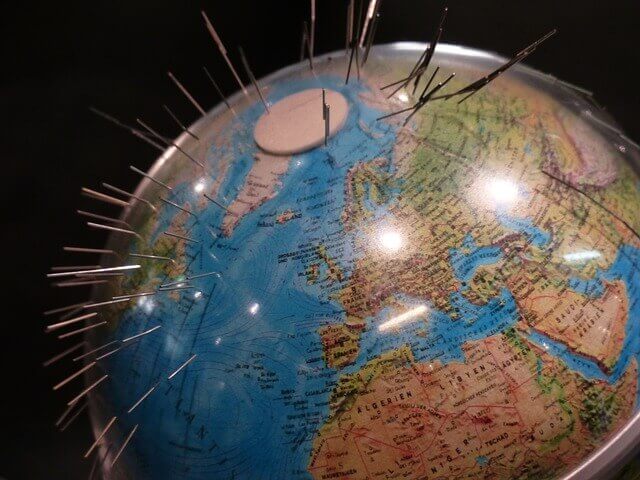 The magnets we know are made of iron or ceramic. Magnets made from rare earth alloys combine different elements to produce magnets, known as permanent magnets, that are super strong. Two of the most widely used are samarium cobalt and neodymium iron boron alloys. Since the iron inside the magnets can rust, they are usually plated with gold, nickel, steel, copper or a mixture containing some of them. What is the difference between rare earth alloy magnets and classical magnets? Neodymium iron boron magnets are about ten times stronger than the small horseshoe-shaped magnets used in basic science classes. The magnet is used in everything from a computer hard drive to a self-charging flashlight to a wind turbine generator. 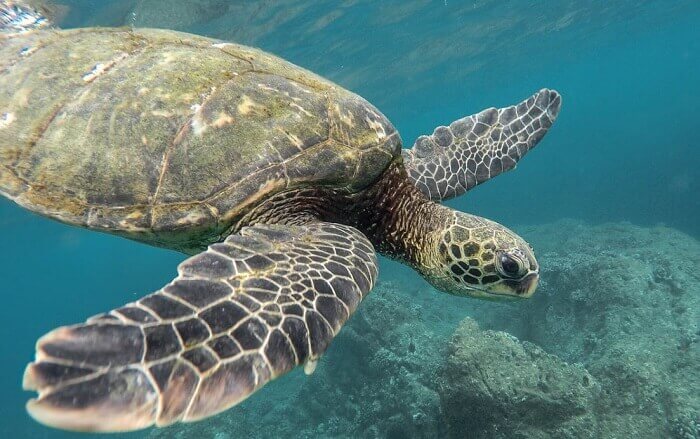 What do grazing cattle, a flock of migratory birds, and bacteria have in common? All of them unmistakably sense where true north (aka magnetic north) is. Recent research into a bacterial species has discovered tiny particles of magnetite (iron oxide) inside organisms that may be the reason for their ability to find north. These particles inside bacteria are aligned with the Earth’s magnetic field. Scientists have found the same magnetic particles around the brains of bees, birds and trout.

Minesweeping can be done with metal detectors or with the help of dogs, but both methods have some disadvantages: the first is the risk of false alarms, the second is the physical capacity limit. Solving this problem uses a system that will detect a specific component of the landmine – its chemical signature. A prototype of these spirit systems works on the principle that a chemically treated film is first applied to the floor and then examined by ultraviolet light. If the chemical signature is not present, the film remains fluorescent. However, if there is an explosive, a dark circle appears on the film in that area. Another research method uses microwaves and remote vibration sensors. 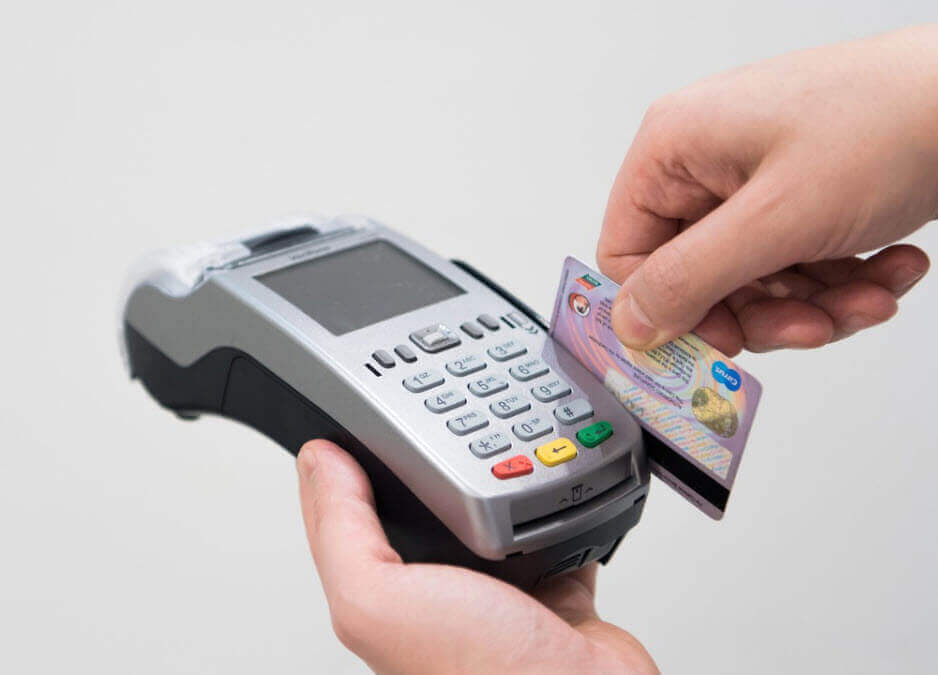 Did you know that the black line on the back of your credit card – the magnetic stripe – is actually a kind of magnet? The magnetic strip consists of hundreds of tiny magnetic particles on a plastic film. Above them are three bands that carry various amounts and types of information in specific formats based on banking standards. The first band carries specific information about the card issuer and the cardholder (i.e. you), the second band is primarily used by the financial institution and contains various information including account information. Most credit cards use only these two strips, as there are no standards governing how to use the third strip.

Credit cards and money cards have become very common nowadays and have become an integral part of online shopping. But in fact, these cards, issued by Diners Club for use with multiple dealers, have been in circulation since the 1950s. 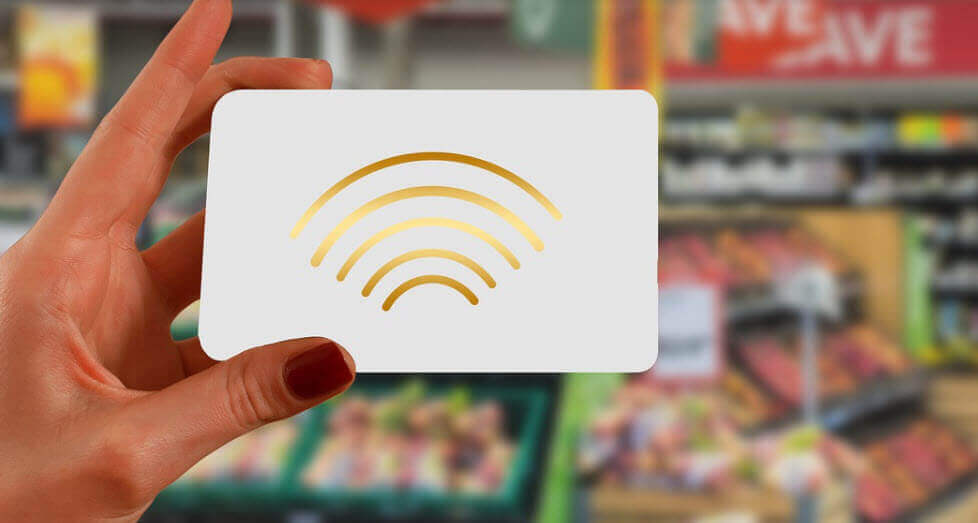 The task of microchip cards is to store information. When the card is inserted into a reader, two electronic connections create current and transfer information through the point-of-sale system for validation and processing. Although the reader parts of these cards are expensive, it must be said that the reliability and universality advantage of the chip system is able to compensate for the cost. Microchip cards are already in widespread use in Europe. US banks have also recently started moving away from magnetic stripe cards and issuing password-operated microchip cards instead. 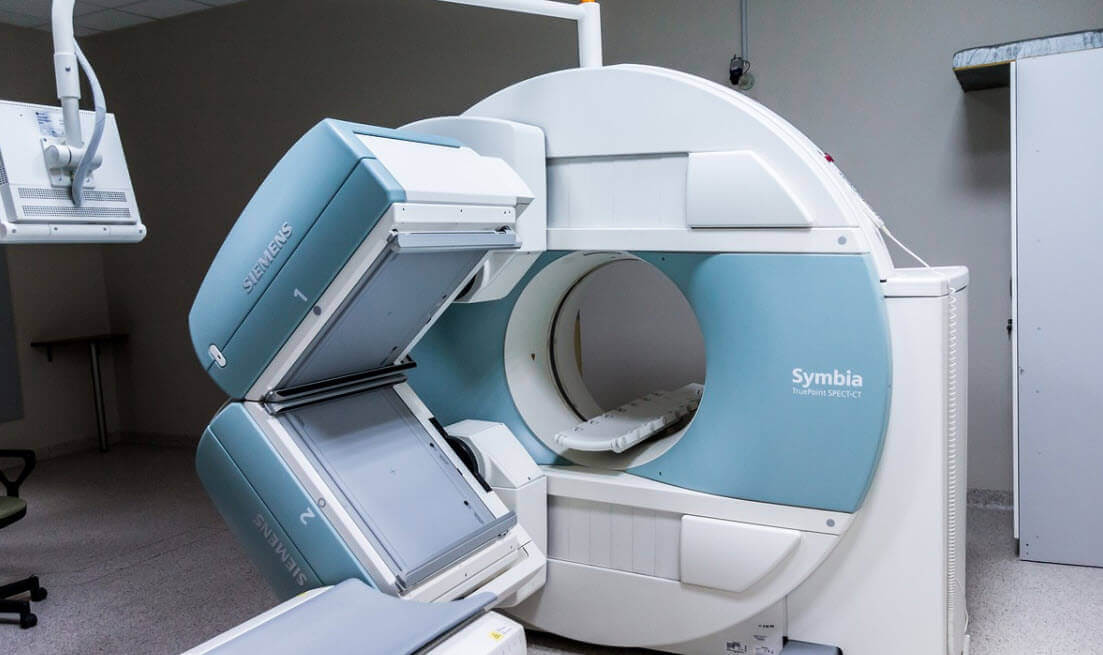 We have succeeded in harnessing the power of magnetism in so many different areas in our daily lives that we can look inside the human body and examine it in ways that were never even imagined before. In MRI, a magnetic field is created inside a tube with a metal coil and radio waves are sent to the human body. Hydrogen atoms, which are abundant in the body, normally rotate continuously in random directions. When exposed to the magnetic field created by MRI, these atoms line up neatly, from north to south, according to the direction of the magnetic field. But not all hydrogen atoms are arranged this way. Then, when a radio wave is sent, these unaligned atoms spin in the opposite direction. When the radio wave is interrupted, the atoms return to their normal positions and release energy at the same time. It is this energy that the MRI machine senses, and the result is translated into a three-dimensional image of the part of the body being examined. Since its invention in 1977, MRI has made great contributions to the field of medicine, allowing for the non-invasive diagnosis and diagnosis of different diseases, from injuries to cancer and even multiple sclerosis (MS). 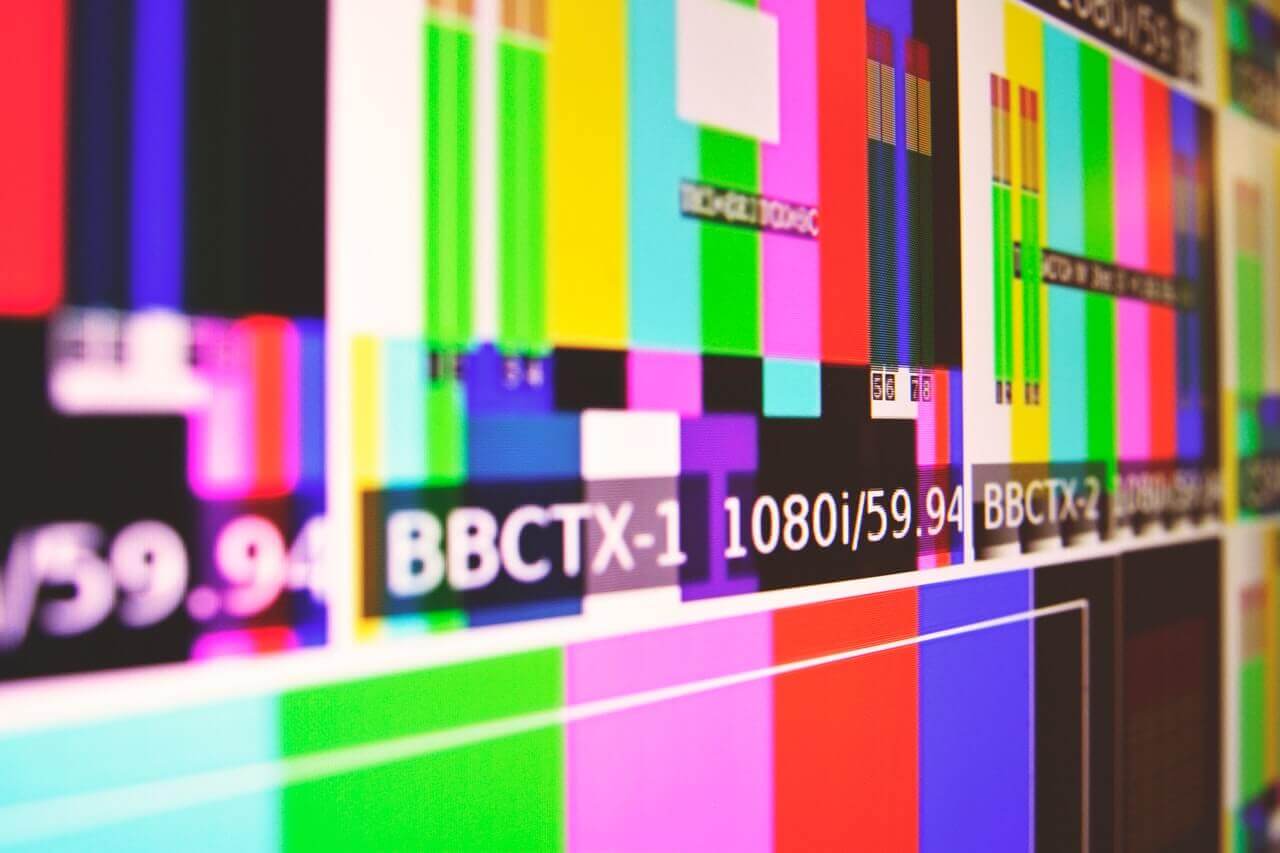 Nowadays, everyone only buys flat screen televisions such as plasma and LCD screens, but in fact, for 50 years, CRT (cathode ray tube) screens were the sole rulers of the color television realm. On the CRT screen, the cathode, that is, the negative terminal, is a heated filament in a glass tube sealed to create a vacuum environment. The ray is a stream of electrons poured from the heated cathode into the vacuum environment. Since the electrons are negative, they flow towards the anodes, that is, the positive terminals (remember that opposites attract).

Electrons are focused by a focusing anode. And they are also accelerated by an accelerating anode. This high-speed electron beam is directed towards the flat screen at the other end of the tube. The screen is covered with phosphor Phosphorus emits visible light when exposed to radiation, that is, light that the human eye can detect, and in this example, the radiation is electron beam. When struck by a phosphor beam arranged in dots or stripes, it glows in red, green, and blue colors. Copper coils wrapped around the tube create magnetic fields that direct the electron beam beam to points on the screen. The colors that appear on the screen depend on how the beam is thrown and how it passes through the second screen, called the shadow mask. 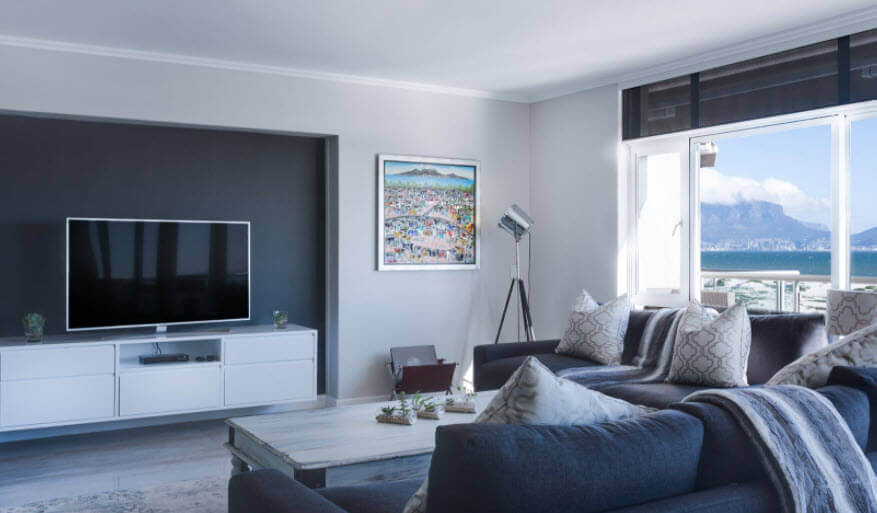 The most important factor in the removal of tube televisions was the volume and weight of the screens. The three most common types of screens to replace—plasma, LCD, and LED displays—are both thinner; It also consumes less energy. In terms of displaying colors, all three use the same technology as the tube display. Electrons; They are activated to be used to illuminate the screen by utilizing the energy they release. The most important difference is the method of storing electrons. A plasma screen is a plasma of gas filled with xenon and neon atoms. LCD screens light up tiny fluorescent lamps instead of dots LED screens work by activating electrons trapped between two polarized films LCD screens are widely used in computer monitors, electronic display and other devices besides television LED screens are often used in traffic lights, light decorations and indoor lighting Promising Another technology that makes it possible is organic light-emitting diodes (OLED).