Edward Adelbert Doisy; (1893-1986), American biochemist, who made important discoveries concerning the female sex hormones and vitamin K. For his discovery of the chemical nature of vitamin K, Doisy shared, with Henrik Dam, the 1943 Nobel Prize in physiology or medicine. 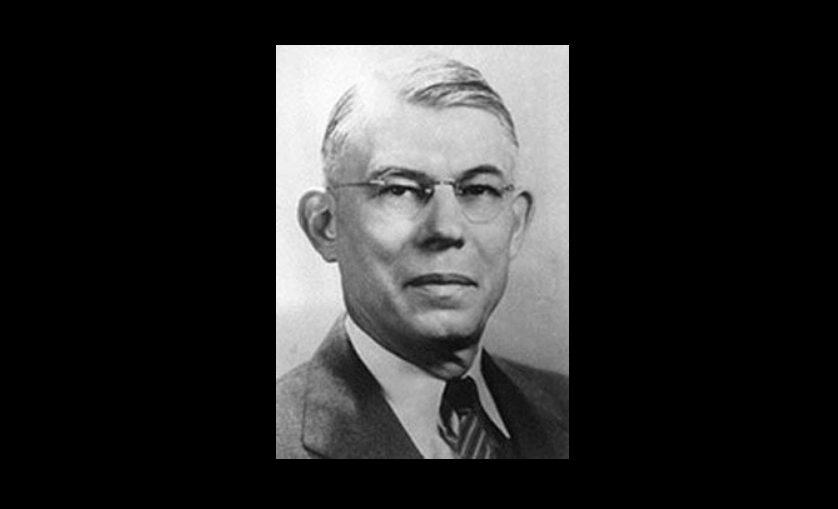 Doisy began research on the female sex hormones in the 1920’s. Ovarian preparations were known to cause powerful physiological effects, but the actual chemical entity responsible had not been identified. After Edgar Ailen of the anatomy department of St. Louis University School of Medicine worked out an efîîcient method of assaying, or analyzing, the effects of hormone preparations, and Doisy started to track down the ovarian hormone.

Beginning in 1922 they fractionated ovarian preparations by various methods. They repeatedly subdivided the fractions showing the highest concentrated activity until in 1929 they suceeeded in isolating pure crystals of a female sex hormone—estrone, the chemical at least partially responsible for the effects of ovarian preparations. Soon thereafter Doisy and Ailen went on to isolate two related female sex hormones— estriol and estradiol.

In 1936, Doisy turned his attention to a new field. A few years earlier, Henrik Dam had announced the discovery of a food factor (vitamin K) necessary for the proper coagulation of blood. Active preparations of the food factor were known, but the chemical itself had not been isolated. After three years of intensive work, Doisy and his colleagues at St. Louis University School of Medicine isolated two closely related compounds—vitamin Kı and vitamin K2. Vitamin Kı was isolated from a plant source and vitamin K2 from cultures of microorganisms. Doisy then went on to determine the chemical structure of both compounds and to synthesize vitamin Kı. This was the work for which he and Dam shared the Nobel Prize.

During World War II, Doisy began to study antibiotics. He was one of the first to isolate crystalline compounds that had antibiotic activities. However, his antibiotic compounds proved to be comparatively unimportant and were quickly overshadowed by penicillin. Doisy also worked on insulin, blood buffers, and bile acids.

Doisy was born in Hume, 111.;» on Nov. 13, 1893. He attended the University of Illinois, receiving his B. A. in 1914. After two years of army service during World War I, he continued his studies at Harvard University and received his Ph. D. in 1920. He taught for several years at Washington University School of Medicine in St. Louis and in 1923 joined the faculty of the St. Louis University of Medicine. His books include Female Sex Hormones (1941).