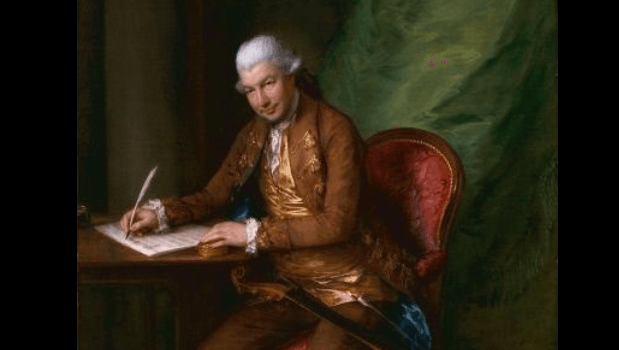 Carl Friedrich Abel (1723-1787), German musician and composer, who was the last great virtuoso player of the viola da gamba, a bass viol having a range of about that of the cello. There is a tradition that he studied with Johann Sebastian Bach at St. Thomas School in Leipzig, but it is of doubtful authenticity.

Abel was born at Kothen, Germany, on Dec. 22, 1723. He studied music with his father, a musician in the court chapel at Kothen. From 1748 to 1758 he was a member of the Dresden Royal Polish Band. In 1759 he went to London, where he soon acquired fame as a player of the viola da gamba, the harpsichord, and other instruments. From 1765 he confined himself to the viola da gamba. He was appointed chamber musician to Queen Charlotte of England in 1765.

Beginning in 1765, Abel and Johann Christian Bach, a son of Johann Sebastian Bach, conducted a series of subscription concerts in London, at which the symphonies of Franz Joseph Haydn received their first British performances. After Bach’s death in 1782, Abel occasionally produced other, though less successful, concert series. He died in London on June 20, 1787.

Abel wrote symphonies, overtures, sonatas, chamber music, and music for the viola da gamba. He also wrote two operas, Love in a Village (1760) and Berenice (1764). He was an exceptionally knowledgeable composer, and modern critics consider his music tasteful and melodic, if somewhat deficient in imagination.