Willard Libby; (1908- September 8, 1980), American chemist. He was born in Grand Valley, Colo., on Dec. 17, 1908. Working on carbon-14 and tritium, radioactive isotopes of carbon and hydrogen, respectively, he discovered the method of radiocarbon dating that enables scientists to determine accurately the age of previously living materials up to about 50,000 years. Libby received the Nobel Prize in chemistry in 1960 “for his method of using carbon-14 as a measurer of time in archaeology, geology, geophysics, and other sciences.” 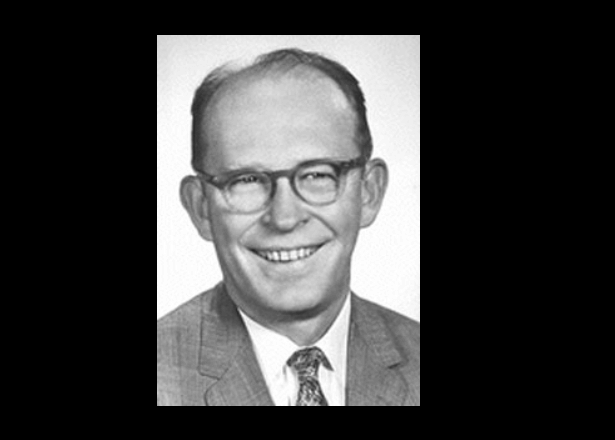 At the University of California, Berkeley, Libby studied the radioactivity of naturally occurring elements and the interactions of neutrons with various materials. These studies involved the detection and measurement of weak radioactivity.

In 1940 two of Libby’s students isolated the isotope carbon-14. It was found that cosmic rays bombarding the upper atmosphere combine with the reactive nitrogen in the air to form carbon-14. Traces of this radioactive carbon are present in all carbon dioxide. Therefore, it is assimilated by all plants and, since animals depend on plant life, by all animals.

While alive, organisms maintain an equilibrium between the amount of carbon-14 taken in and the amount expelled. After death, they no longer take in carbon-14, and the carbon-14 they contain begins to decay. Since carbon-14 has the relatively long half-life of 5,770 years, Libby reasoned (1947) that the age of carbon-bearing materials could be determined by measuring the concentration of carbon-14 still remaining, and he was soon able to prove this experimentally. He wrote Radiocarbon Dating in 1952.

Libby also used tritium, the radioactive isotope of hydrogen, to date water supplies. His other interests included “hot-atom” chemistry and the use of radioactive tracers as isotopes.

Libby attended the University of California at Berkeley, where he received his B. S. in 1931 and his Ph. D. in 1933. He remained at Berkeley to teach until 1941. From 1941 to 1945 he worked on the Manhattan Project at Columbia University, where he assisted in developing the gaseous diffusion process for the separation of uranium isotopes—a fundamental step in the development of the atomic bomb.

From 1945 to 1954, Libby was professor of chemistry at the University of Chicago and a member of the university’s Institute for Nuclear Studies. After five years as a member of the U. S. Atomic Energy Commission, he joined the University of California at Los Angeles as professor of chemistry. In 1962 he was also appointed director of the Institute of Geophysics and Planetary Physics at the university.