John Couch Adams ; (1819-1892), English astronomer, who is best known for his role in the discovery of the planet Neptune. Adams was born in Laneast, Cornwall, on June 5, 1819. A precocious mathematician, he won a scholarship to Cambridge University, where he graduated first in his class in mathematics in 1843. He remained at Cambridge as a tutor.

In 1841, while still an undergraduate, Adams undertook an investigation of the perturbations, or irregularities, in the motion of the planet Uranus around the sun. He presented the results of this investigation to James Challis, director of Cambridge Observatory, in 1845. They indicated the presence of an unknown planet beyond the orbit of Uranus and fixed its position with a fair degree of accuracy. 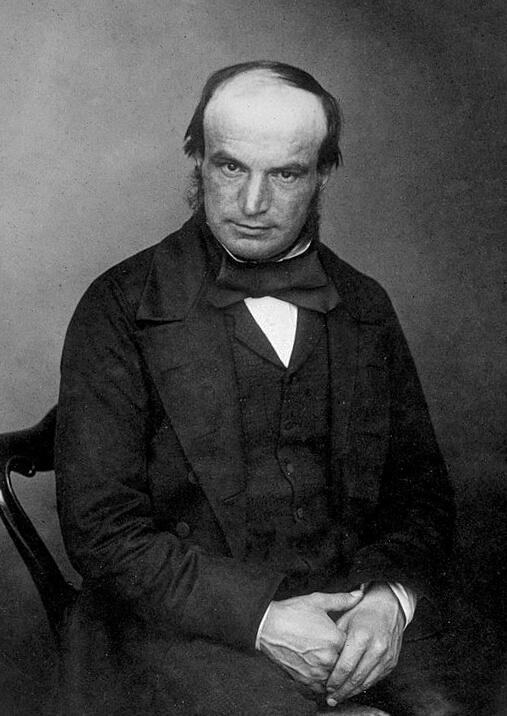 However, Sir George Bidell Airy, the astronomer royal, was not convinced by Adams’ reasoning. Challis therefore did not undertake an investigation of the unknown planet immediately. Meanwhile, Urbain J.J. Leverrier in Paris had made the same determinations as Adams. When Leverrier’s figures were published, Airy at last ordered a search for the new planet.

Unfortunately, Cambridge Observatory lacked precise star maps of the area of the sky to be studied, so that although Challis observed the planet on Aug. 4, 1846, he did not at first realize he had done so. In the meantime Leverrier had sent his results to Johann C. Galle of Berlin, who observed and identified the new planet—Neptune—on Sept. 23, 1846. For a time there was a good deal of acrimony over who had discovered the planet, but eventually the honor of the discovery was shared by Leverrier and Adams. Adams also studied terrestrial magnetism and the motions of the moon and determined that the Leonid swarm of meteors follows a cometlike orbit.

Adams was professor of mathematics at St. Andrews University in 1858-1859 and was Lown-dean professor of astronomy at Cambridge from 1859 until his death at Cambridge on Jan. 21, 1892. He became director of the Cambridge Observatory in 1861, but later declined the post of astronomer royal because of his advanced age. In 1881 he became president of the Royal Astronomical Society. The Adams Prize, awarded biannually for the best essay in astronomy, mathematics, or physics, was founded in 1848 at the University of Cambridge in his honor.

Adams’ writings were edited by his brother, William G. Adams, with R.A. Sampson, under the title The Scientific Papers of John Couch Adams (2 vols., 1896-1900).