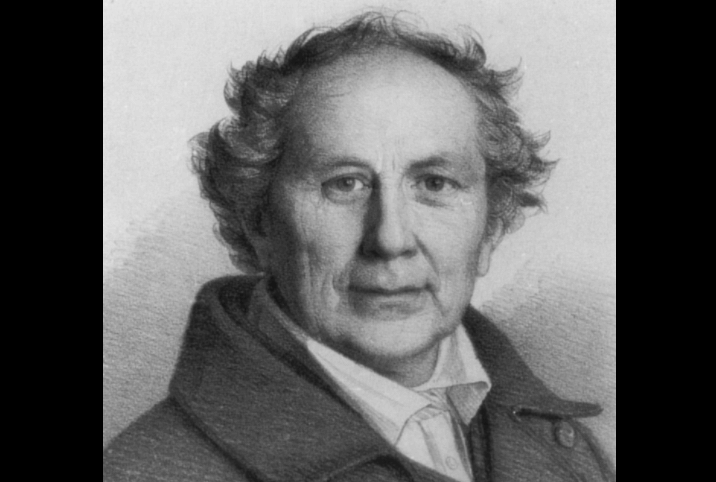 Friedrich Wilhelm August Argelander (March 22, 1799 – February 17, 1875) was a German astronomer, author of the Bonner Durchmusterung, a detailed astronomical star atlas that collected the positions and luminosities of 324,198 stars in the northern hemisphere.

His Life and Studies

Frederick Argelander was born in the town of Memel (Klaipeda) in 1799. At that time the town belonged to Prussia, and the largest city in the region was Königsberg (Kaliningrad), where Argelander began his science education in 1817. In 1810, Friedrich Wilhelm Bessel (1784 – 1846) became director of the local observatory and professor of astronomy at the University of Königsberg. Argelander learned a lot about astronomy through his first student, Bessel, who in 1820 became an assistant at the Königsberg observatory. He earned his doctorate in 1822 for a critical review of the observations of John Flamsteed (1646-1719), who published an uncorrected summary of his observations from 1676 to 1705 in 1712.

From 1836 to 1837, he began with initial plans for an observatory in Bonn, which would be financed by King Frederick William IV of Prussia (1795-1861). During the construction period in 1843, Argelander published a catalog of fixed stars visible to the naked eye, where he created a unique method for estimating the luminosity of stars relative to each other. The catalog was named Uranometria nova, perhaps in memory of the star atlas Uranometria written by Johannes Bayer (1572-1625) in 1603. This calculation method was also used for a collection of 22 known variable stars published in 1850.

Argelander concluded that he did not have enough data to give an accurate answer about the correct motion of the Solar System with respect to the universe around it, to which center the Sun and, if any, the stars were moving. In this way he devoted himself to studying the positions of stars in the northern hemisphere from 1852 in Bonn.

First published in 1863, this catalog became known as the Bonner Durchmusterung (Bonn Measurements, abbreviated BD). That same year, Argelander founded the Astronomical Society with, among others, Wilhelm Foerster (1832 – 1921). The purpose of this society was to make a complete map of the sky. The association independently published a star catalog in 1887, known as the Astronomische Gesellschaft Catalogue (AGK), containing approximately 200,000 stars between 80° and –23° declination.