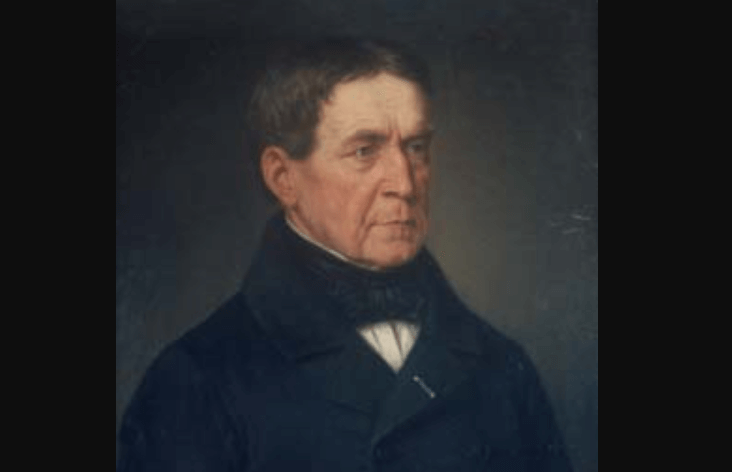 Franz Xaver von Baader (1765 – 1841), German Roman Catholic theologian and social philosopher. He was born in Munich on March 2, 1765, and studied medicine at Ingolstadt and Vienna. After receiving his medical degree in 1784, he assisted his father, who was court physician to the elector of Bavaria. In 1792 he decided to give up medicine and went to London to study mineralogy. During the four years he remained there he became acquainted with the English rationalist movement, including the empiricist philosophy of David Hume, which he found repellent. He turned then to the mystical works of St. Martin, Meister Eckhart, Jakob Böhme, and the Cabala.

On his return to Munich he was appointed consulting engineer for the Bavarian mines. At the same time he became deeply involved in a philosophical group that included Friedrich von Schelling. Schelling and Baader exerted a reciprocal influence on each other’s development: Baader introduced Schelling to the works of Böhme, and Schelling largely determined Baader’s theological ideas. In 1826, Baader was appointed professor of philosophy and speculative theology at the University of Munich. Iıı the same year a ministerial ruling prohibited laymen from teaching theology, and Baader resigned the position. He taught archaeology there until his death in Munich on May 23, 1841.

Baader’s mystical philosophy, a reaction to the rationalism of 18th century thought as exemplified by Kant, was based on his conviction that, since Descartes, philosophy had progressively diverged from religion. He attempted to end this divergence by creating a theosophy founded on metaphysical principles and the divine truths revealed in the Old and New Testaments. Unfortunately, Baader did not succeed in creating a philosophical system. His works lack cohesion, and his terminology is obscure and equivocal, so that a synthesis of his ideas is difficult.

His social and political writings are, on the other hand, more clearly expressed. They represent a resolute opposition to the central-state theory. Baader visualized society as united by the universal application of the principle of love; an organic unity was to be achieved by the willing sacrifice of each part for the good of the whole. A society thus based on submission to an acknowledged authority would have as its natural center the universal church—the personification of faith and authority. Baader thus proposed an ideal Christian state, in opposition to the power society implicit in the central-state theory, which, he maintained, could lead only to inequity at home and war abroad. None of Baader’s works have yet been translated into English.