Charles Thomas Jackson; (1805-1880), American chemist and geologist. He was born in Plymouth, Mass., on June 21, 1805. After graduating from Harvard College in 1829, Jackson continued his scientific studies in Europe. He pursued his interests in medicine, geology, and mineralogy in Paris and engaged in autopsies of cholera victims while in Vienna. He published a report on the autopsies upon his return to the United States in 1832.

In 1836 he abandoned his brief medical practice to open an analytical laboratory in Boston. It was one of the first to offer practical training in chemistry. He discovered the presence of tellurium and selenium in American minerals and was one of the first Americans to explore agricultural chemistry. Jackson was active in many geological projects between 1837 and 1849. He served as geologist in Maine, Rhode Island, and New Hampshire surveys and in a federal survey of mineral resources in the Lake Superior area. 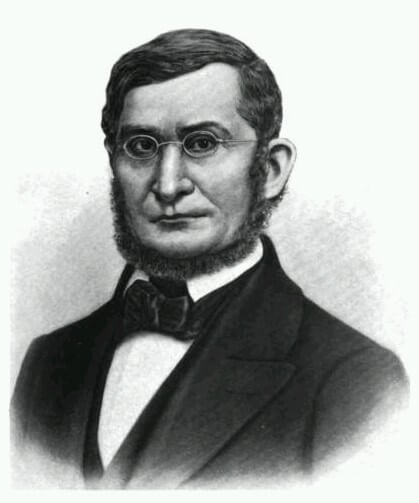 Jackson’s life was marred by various priority disputes. When Samuel Morse patented his electric telegraph in 1840, Jackson claimed that he had given Morse the fundamental ideas while on the return voyage from Europe in 1832. However, he had never developed those speculations beyond a preliminary working model. More bitter was his dispute with the dentist William Morton concerning the use of ether in anesthesia.

Although Morton first learned of the anesthetic properties of ether from Jackson, it was Morton’s own further research that led to successful painless surgery in 1846. Morton applied for a joint patent with Jackson, but Jackson always insisted that the discovery was his own and even continued the fight after Morton’s death in 1860. Jackson was beset with mental illness during his last years and died in the McLean Asylum in Somer-ville, near Boston, on Aug. 28, 1880.